Still looking for something to watch? Here’s a round-up of Film In Dublin reviews of films released in Ireland this month. Find links to our full reviews of January 2020 movies and a quick snapshot of some of the rest of the releases below.

Race…is an important theme throughout Queen and Slim– but not its defining one. Queen (Jodie Turner Smith) meets Slim (Daniel Kaluuya) on a Tinder date, and it’s an archetypal uneventful first encounter. However, on the ride home, a policeman pulls the pair over and after a violent scuffle caused by the cop, Slim shoots the officer. I’m going to stop short at saying “in self defence”, because I think it’s more appropriate to frame this scene as the first of many ethically ambiguous questions that permeate the rest of this script- without providing any easy answers. With the horrific reality of what could unfold for them after this event, the two go on the run and become fugitives. As a potential audience member, that’s as much as you need to know plot wise. The rest of the story is structured around the couple’s efforts to escape from their impending incarceration (or worse) and numerous characters help them along the way. During these escapades, their once tepid relationship develops into something stronger- as can be expected perhaps. Supporting cast members such as Bokeem Woodbine (Fargo) and Chloë Sevigny (Boys Don’t Cry) help move the story along with some familiar faces and competent performances, but there’s a sense of tension that’s building as things develop. The question becomes not only one of whether the couple will successfully escape to Cuba, but also whether it would be a satisfactory moral outcome if they do so. 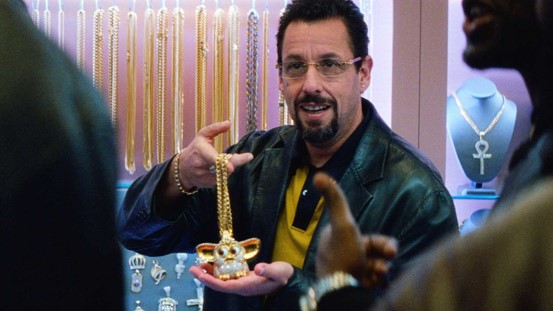 Uncut Gems is another example- perhaps the most shiny- of what can be achieved when Sandler works under capable filmmakers. The young brothers Josh and Bennie Safdie direct, fresh off the success of Good Time in 2017. What Good Time demonstrated was that the Safdie brothers are adept in making anxiety inducing cinema, and that they also might have a good eye for picking out surprisingly fitting cast members. A dyed haired Robert Pattinson stole the show in Good Time, alongside stellar performances by Bennie Safdie and Jennifer Jason Leigh. Both of these Safdie trends are developed through Uncut Gems. 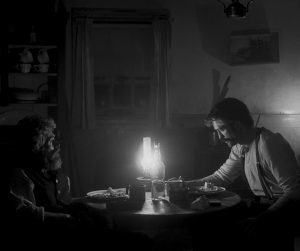 Similarly to The Witch, The Lighthouse is exceptional at transporting the audience to the time and place that its story unfolds. The film’s wonderfully crafted script captures the time period perfectly by blending a mix of 19th century dialect with nautical terminology: Wake’s drunken legends, tales and curses land with a terrifying realism when spoken with the tongue of the time period. This writing style particularly assists the movie in its frequent jumps between Winslow’s feverish visions of mermaids & krakens and the harsh reality of their day-to-day occupation on the island.

The writing, however, isn’t the only portal through which we visit these lands. Before ever a word is said, we arrive at the island to the bone rattling sound of a 19th century foghorn before setting foot on the creaking and unkept floorboards of the lightkeeper’s cabin. Eggers and Craig Lathrop (production designer) have created a setting that feels fitting for the time period while maintaining the same ‘haunted’ atmosphere these buildings have adopted since the 19th century from years of neglect. The film’s use of black & white photography helps capture the unwelcoming environment, suffocating lights and colours to heighten the extremes of the island and the tension between our characters. 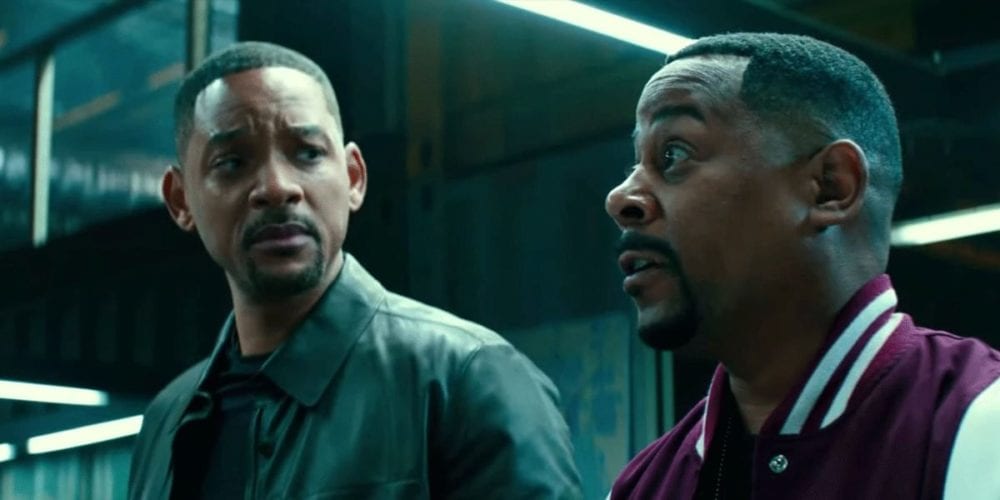 Bad Boys for Life feels like opening a forbidden tomb and having Michael Bay’s stupid, hateful, hyperactive soul escape and possess you. Monster energy drink courses through your veins instead of blood. You want to punch a hole through God and you laugh while you flail your fists wildly. Intentionally or not (and it as self aware as a movie with a glowing cameo from Bay himself could possibly be), it is such a radically unhinged experience, so unashamedly celebratory of every explosive impulse, that to be shocked and to be exhilarated by the things it throws up on screen are basically the same experience. What can you do when Bad Taste comes for you this strongly, except give in? It’s audacious. It’s committed. It’s Bad Boys, for life. 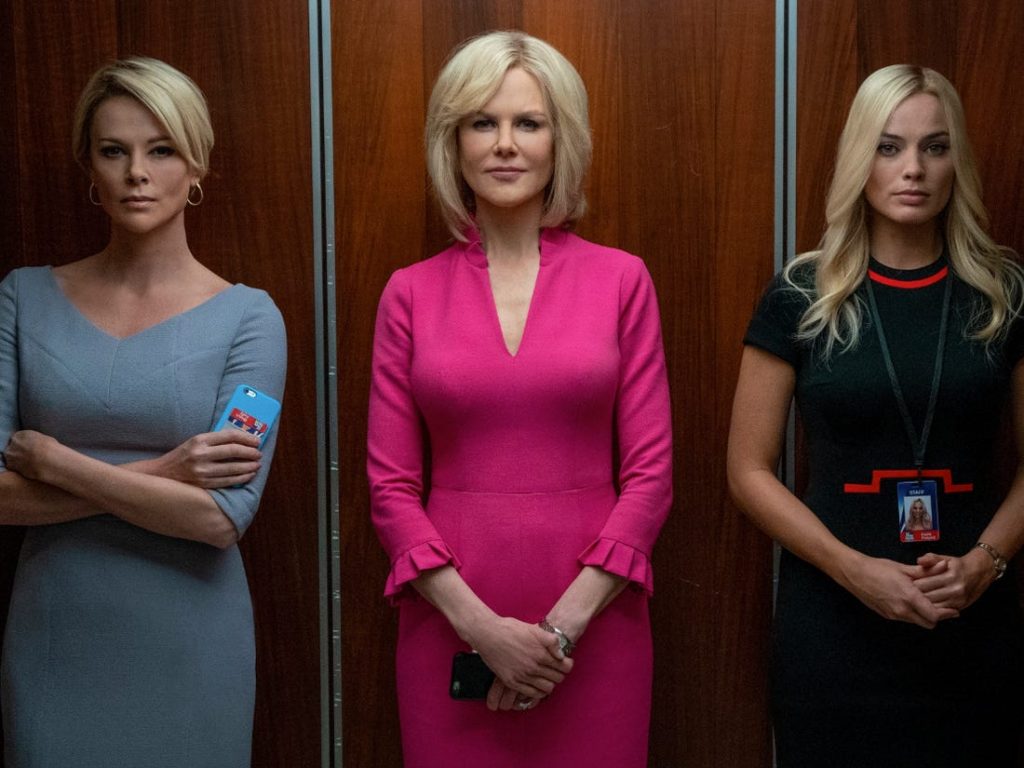 Low-hanging fruit smashed with a sledgehammer. So many issues, from the shallow impersonations, to the guileless and distracting “documentary” camerawork, to a tone balance that spills over early and often. Bombshell wastes a stacked cast, though Robbie does find some pathos in a fictionalised character who is shallow on-paper.

Thinking that they’re taking a stand against it, films like Bombshell, Vice, The Big Short and The Laundromat are actually all victims to the Foxification of media. They are perpetuating the idea that speaking loudly and angrily is more important than doing so with insight and they flatter their viewers that they are helping their side win the culture war simply by watching.

The “one-shot” stuff in 1917 works on by establishing immersion not on a ground level, but on an emotional one, it worked for me as a recreation for how being in the trenches would have felt, rather than a literal depiction of how they were. That the film doesn’t even try to play out in real time, and the specific dedication by Mendes to his grandfather’s “stories” feels significant in that regard. In fact I wouldn’t even call it immersive really, more deliberately distancing, by the end the soldiers are just bodies either moving forward or not moving forward, the camera (and the war) following unrelentingly, every moment of horror, humour, grace, bravery, cowardice gone just as soon as it arrives – when 1917 is working best it strips away the narrative of history to show it for what it really is: one damn thing after another. Stories are what we put together after the fact to make sense of things, so removing a lot of conventional camera techniques works well, if only the overbearing score and occasionally dodgy CGI could have been similarly stripped back.

It occasionally come across like a bit of a sordid theme park ride, and like a lot of movies that are actively trying not to glorify and want to show that war is hell it can’t help but slipping into the comforting notion that the other side are definitely the baddies and worse than Our Lot, but the performance by George MacKay does a decent job of keeping fanciful notions of Glory at bay – he’s a skittish survivor and the film plays an interesting ebb and flow with his humanity. As awards fare goes this on the higher end of the scale.

Tweebensraum. Taika Waititi’s “anti-hate satire” is far too kitsch and cute to say anything meaningful about how hate takes hold of the naive and impressionable. Otherwise a talented comedic performer, Waititi is out of his depth with this material; with the desperate energy of an entertainer at a children’s birthday party he throws out “Hitler had a funny voice and Nazis are a bit silly” gags that went out of fashion and proved ineffective uh, 80 years ago. Occasionally, mawkish sentimentality is dialled up too, just to play things extra safe. 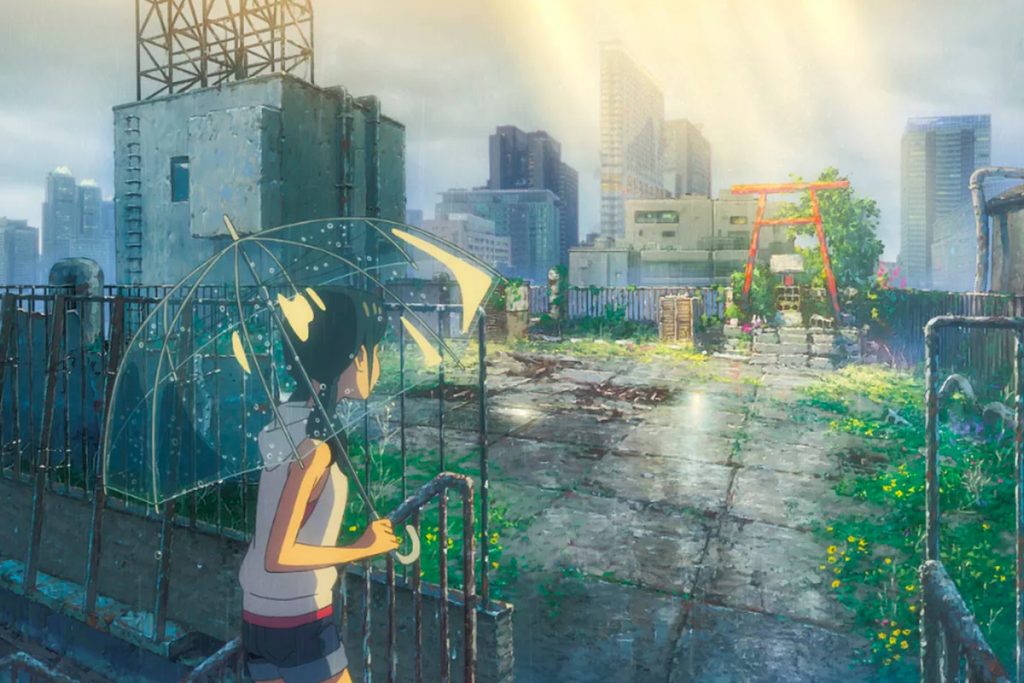 It was always going to be difficult for Makoto Shinkai to directly follow 2016’s Your Name, a breakout hit internationally and a critical darling among the animation scene. His latest, set in a vision of modern Japan beset by unending rainfall, tells a similar star-crossed lovers story to his prior film, focusing on a melodramatic romance between a runaway to Tokyo and an orphan girl with the ability to control the weather. Shinkai’s animation remains as gorgeous as ever, his Tokyo bustling with detail, the water effects immaculate and some camera work that blows the mind even with the guiding hand of computer animation. It’s an enticing, immersive world, which makes it a shame that the characters fumble their end of the bargain. While Your Name made teenage romance outsized and emotional, the lead pair here are two thinly sketched to invite the same attachment, and the story twists itself into an utterly confused message, a climate change metaphor that leaves Japan out to sea either in a middle rom-com or a horrifying disaster movie.