The eighth issue of Film In Dublin’s zine Pretty Deadly Films is out now. Our 2001 issue celebrates the best of the movies of 2001, from Spirited Away to Shrek.

The Pretty Deadly Films zine celebrates the best of blockbusters, cult hits and fave films, where the pretty and the deadly do things that are pretty deadly. On film.

The 2001 Issue is available now and you can pay what you want for a Digital Download or throw us a couple of quid to order a hard copy.

2001 was a sea change in the cinematic sphere too. Harry Potter and Lord of the Rings were the highest grossing films of the year, bringing in the era of the regularly scheduled too-big-to-fail uber-franchise blockbusters that dominate the multiplexes today. Prominent directors like Nolan, Anderson and Richard Kelly stepped into the spotlight with their first hits with audiences, Memento, Royal Tenenbaums and Donnie Darko respectively. David Lynch repurposed the television pilot Mulholland Drive into a haunting cinematic masterpiece. Freddy, history reports, got fingered. It was a golden year. As Film In Dublin have gone above and beyond 2k1 followers on Twitter, we thought we’d mark the occasion with a surprise zine drop. 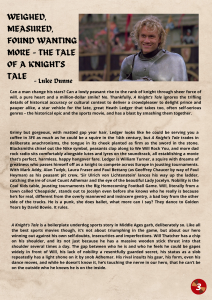 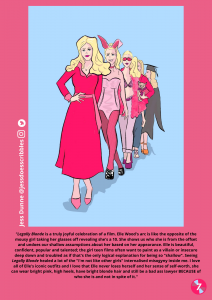 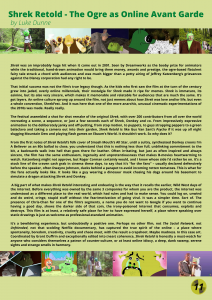 Pay what you want and read now to check out:

A walk through the Wet Hot American Summer by Stacy Grouden

Essays on the old school, medieval and online as Luke looks at A Knight’s Tale and Shrek Retold

Digimon gets its due diligence courtesy of Paul Dunleavy

Do feel free to check out past issues from this year, as there’s always a boatload of great articles, artwork and ideas that wouldn’t fly here on the main website. Thank you for another great year of exploring the pretty, deadly and pretty deadly with us, to us all 2001+ of you are without a doubt, all stars.

Son Of Man launched by Silver Mountain Distribution
Ghostbusters: Afterlife is a movie released in November 2021.
Jordanne Jones stars in short film Mildly Different next week at the Stella
New & old faves at the Light House’s Naughty or Nice this Christmas
The French Dispatch Dispatch
Dublin After Dark finds frights in the fair city Oct 29th
Dune gets lost in vast expanse
Why do children love Michael Myers?
New films by Ducournau, Sciamma et plus at the IFI French Film Festival 2021