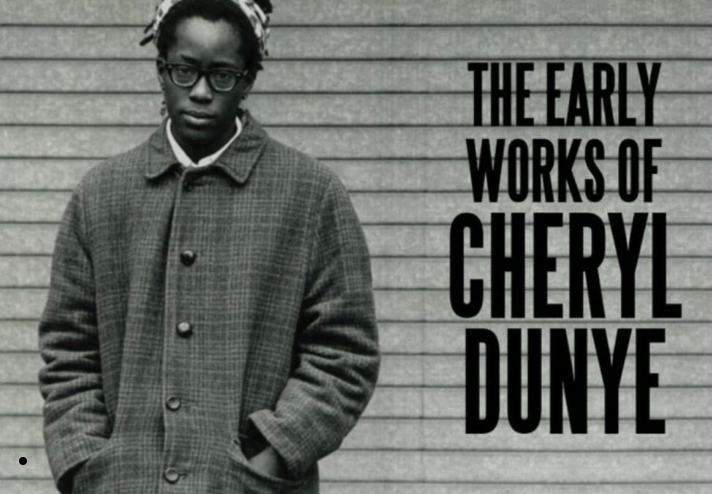 The first screenings in Ireland of work by an exceptional and underseen filmmaker will be shared in the Temple Bar arts centre in early February. Cheryl Dunye, who became the first out black lesbian woman to direct a feature film in 1996’s The Watermelon Woman, is an important figure in Black and Queer cinema alike. Presented by aemi (Artists’ & Experimental Moving Image) and Project Arts Centre, early projects by the Dunye, selected and presented by Irish artist Renèe Helèna Browne, will be shown at the Project Arts Centre on Saturday 4th February.

Glasgow/Donegal-based artist Renèe Helèna Browne will present the Dunye films in person, as part of Rebuilding Urania. This ongoing mult-disciplinary art project began in 2021 with the artist’s research into Urania, a historic printed journal that focused on gender. Urania was privately distributed and published in London from 1916 – 1940. Featuring re-printed articles from newspapers around the world, editorial commentary, poetry and prose, it provided readers with an alternative scientific and cultural basis of expression on androgyny and love.

Rebuilding Urania is an oral archiving project of Urania, and takes the form of multiple episodes with public presentations across radio, gallery and online contexts. The development of the project has involved Browne connecting with invited people to respond to articles from the original journal and in doing so manifested a new network, brought together through a shared interest in the work of revisiting the original journal.

The work of Cheryl Dunye fits perfectly with this project. The Watermelon Woman, itself well-attended in Ireland at a GAZE screening in 2020, was a game-changer in New Queer Cinema, a clever, comedic, romantic story itself deeply interested in exploring history and gender.

As outlined by the Project Arts Centre announcement, Cheryl Dunye’s short films feature the use of mixed media, a blurring of fact and fiction, and explored issues relating to Dunye’s experience as a black lesbian filmmaker. They are early examples of “Dunyementaries,” a blend of narrative and documentary techniques that Dunye describes as “a mix of film, video, friends, and a lot of heart.” Made with a feeling of spontaneity, creativity and a direct-to-camera candour rarely encountered on screen, these films represent the important first chapter of the deeply influential Cheryl Dunye filmography. Five of the director’s shorts have been selected by Browne to be shown at the event.

Janine
An experimental documentary, Janine is the story of a black lesbian’s relationship with a white, upper middle class high school girl. Dunye said of Janine, “The issues I raise in Janine aren’t easy ones, and I struggle with them daily. Rather than internalising them, I put them in my videos… including myself, physically and autobiographically, as a character in my work… allows me to explore my identity and its relationship to you, my audience.” (notes from FELIX :: Issue 2 – Cheryl Dunye)

Vanilla Sex
This three-minute experimental documentary features Dunye’s voice in conversation with an offscreen character, played over photography and found footage. Dunye’s narration describes the different meanings of the term vanilla sex which, to white lesbians, meant sex without toys while, to black lesbians, meant sex with white women. Dunye uses the opportunity to explore and discuss the different meanings of such a term in two different contexts between the white and black lesbian communities.

An Untitled Portrait
Dunye’s relationship with her brother is examined in this mixture of appropriated film footage, super 8mm home movies & Dunye’s special brand of humour.

Greetings from Africa
Cheryl, playing herself, humorously experiences the mysteries of lesbian dating in the 90s. This film explores themes of black fetishization.

Tickets for this event presented by aemi and Project Arts Centre are €5 and are available now. In all the evening will last 80 minutes, including 50 minutes altogether with the short films, with proceedings beginning from 6.30pm.

Funded by the Arts Council

Project Arts Centre is supported by the Arts Council of Ireland and Dublin City Council.

Where to watch The Watermelon Woman