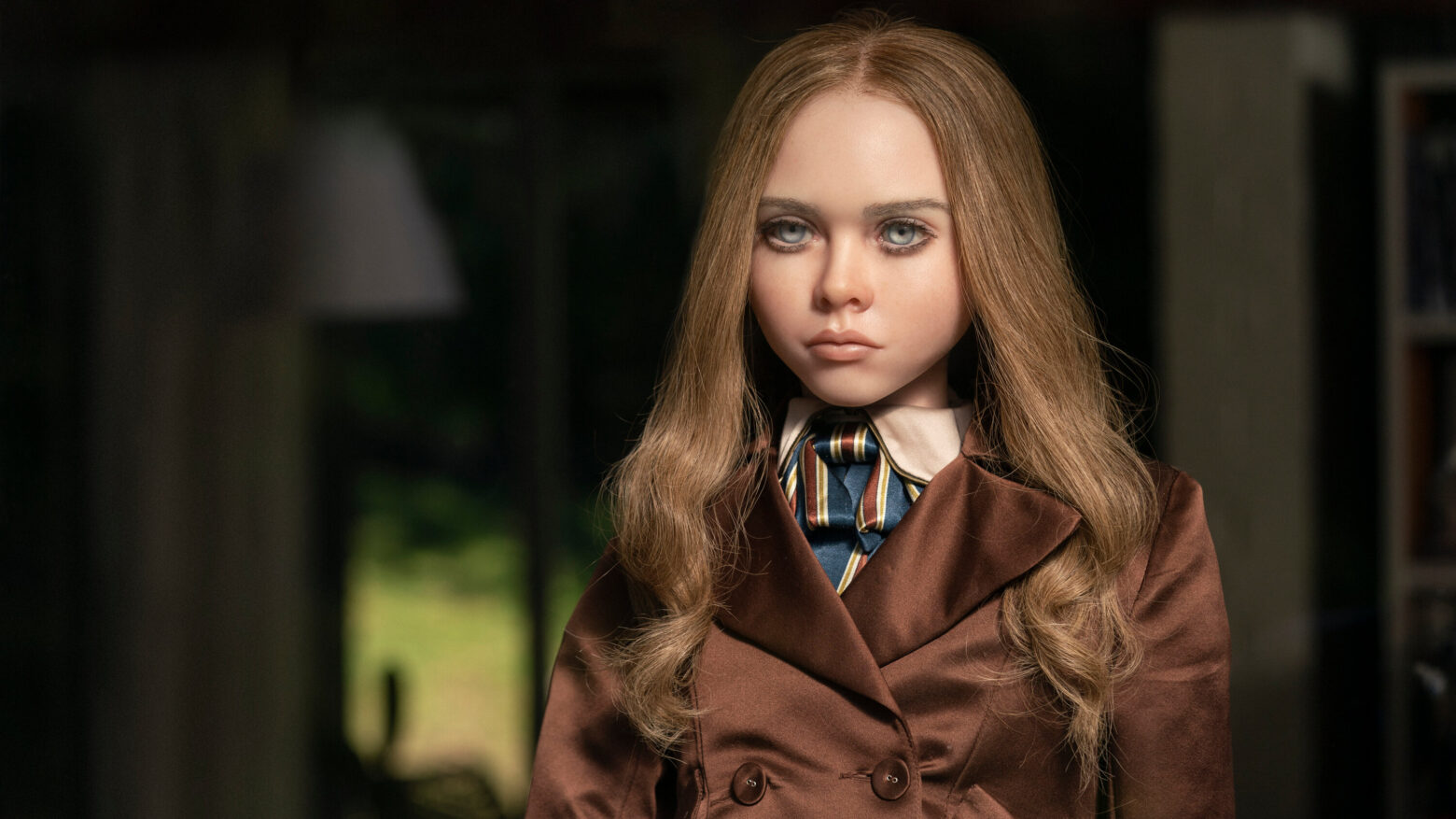 Director Gerard Johnstone was hand-picked by renowned horror producer James Wan to take the directorial wheel for M3GAN. This was based on the New Zealand filmmaker’s proven ability to blend elements of fright and fun in the 2014 comedy horror Housebound. With M3GAN, a frightfully funny lift for the January blues, Johnstone delivers an impressive follow up.

After experiencing an unspeakable tragedy, young Cady is sent to live with her career-driven aunt Gemma (Allison Williams). No, not that kind of “move in with the mean aunt.” Gemma is perfectly fine and sound, just not in the best frame of mind to be taking a new child into her already busy life. Gemma is a roboticist who works for Seattle based toy manufacturer “Funki.” The dynamic establishes early on that her boss David (Ronny Xin Yi Chieng) is dissatisfied with her divergence from corporate priorities but also that Gemma is potentially the jewel in Funki’s crown due to her extra-curricular activities. The key activity here being an under the radar development of a life-sized android doll with advanced care giving capabilities. We see a failed protype apparently put the project on the back burner. But after seeing Cady struggle to adapt to her isolated new life, Gemma is spurred on to finish the creepy project.

Yes, we all know where this is going  from the get-go. But the key strength of M3GAN is that nothing is meant to be taken super seriously. In a world of endless debate surrounding ethical Artificial Intelligence and the dangers of novel technologies, Johnston’s comedy horror oozes a refreshingly satirical feel and reminds the audience of its levity throughout. Others have offered up more serious and pessimistic reminders of the dangers that advanced robots and AI can bring. Spielberg’s realisation of Kubrick’s dream in 2001’s AI, Alex Garland’s Ex Machina, and virtually every single episode of Charlie Brooker’s Black Mirror. Contrasting with these portrayals, Johnstone revels in the plot’s undeniable comedic potential. Topping these are numerous scenes wherein M3GAN sings to comfort Cady. Another stand out moment involves a cop unintentionally laughing when he “shouldn’t be” while describing a horrific crime scene. We also get humour in moments which are unapologetic in their homage to classics like Child’s Play. Arguably one issue here is that the comedy outweighs the horror elements because it will be so difficult for the audiences to take anything seriously. But visual horror is served up well when the time calls for it and you’ll likely be too busy laughing to care anyway.

Everyone involved is on top form. Screenwriter Akela Cooper improves on what I thought was an overly praised Malignant. Allison Williams brings all the energy of Marnie from HBO’s Girls, while Violet McGraw continues to build on her impressive horror filmography which already includes Doctor Sleep and the Haunting of Hill House. Everyone involved in the visual effects deserves praise. The decision to use an animatronic puppet for M3GAN in specific scenes pays off and really gives the sense of a physical but still very mobile doll.

Don’t go into this expecting many genuine scares. Also remember that the second you start picking apart the logical fallacies and unrealistic abilities of an evil toy doll, you’re straying away from what this is supposed to be; a bit of fun. There’s whispers of a sequel and possible crossovers with Child’s Play. I’m game.