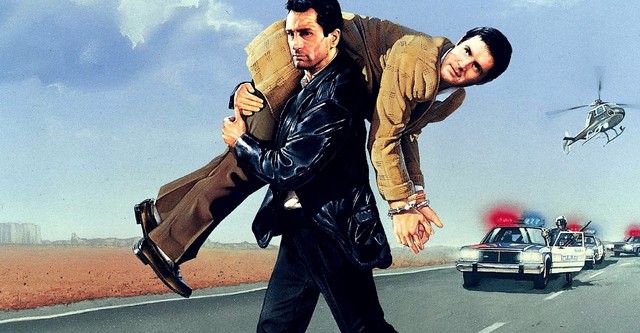 Hollywood Babylon are some of the best in the fair city of film for sharing the love of cult hits. Frequently found at the Light House Cinema, their selective screenings showcase movies of yesteryear that are fun, wild and should never be forgotten. They’re kicking off their 2023 offerings this Saturday 21st January with a screening of one of the greatest buddy comedies of all time, Midnight Run.

The underrated 80s classic teams Robert de Niro with the late, great Charles Grodin. Grodin plays Jonathan Mardukas, a caustically neurotic mafia accountant on the run. Jack Walsh a top bounty hunter (De Niro) wants to find him in order to claim a hefty fee. They travel across the country to get ‘the Duke’ back in time to claim his bond, and you could say that the real bond? It’s the one these boys make along the way.

Hollywood Babylon have selected Midnight Run as the first film they’re showing for their latest season, Best Movie Year – 1988. Expect plenty more hits from 88 in the months ahead, screening at the Light House.

Tickets are still available for Midnight Run this Saturday, which screens at the Smithfield cinema at 10.30pm.

Where to watch Midnight Run