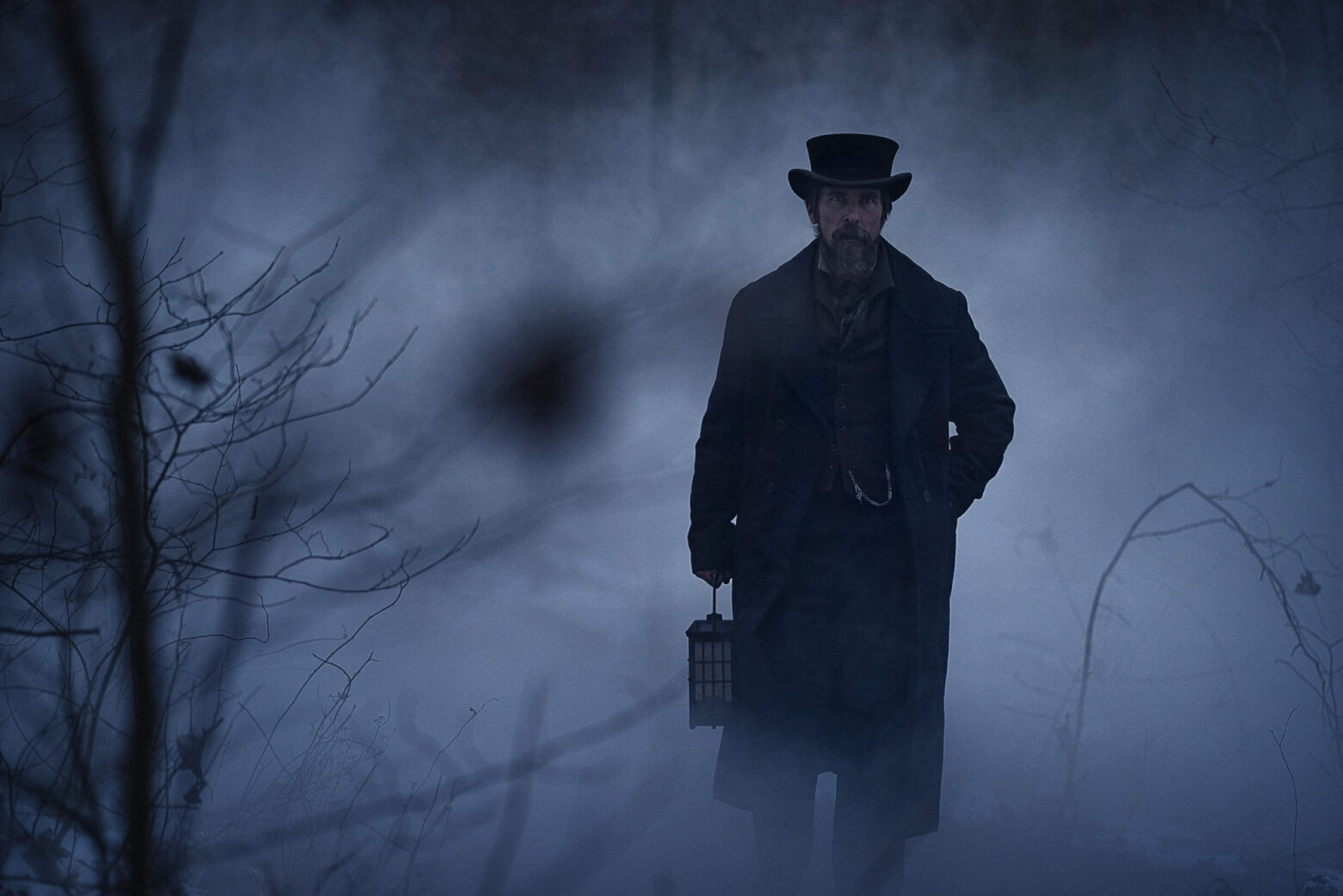 As the director who landed Jeff Bridges his long-overdue Academy Award, Scott Cooper has made a name for himself as a real ‘actor’s director’. Since Crazy Heart landed Cooper on the map, big stars have been queueing up to work with the filmmaker and deliver the best performance they can under his guidance.

However, I’m starting to think that the reason actors are lining up to work with Scott Cooper is less about his ability to direct a performance and more so with how he enables actors to do whatever they want with the role… That’s usually not a massive gamble when you’re employing great performers like those in The Pale Blue Eye. And yet, ‘whatever they want’ is exactly what we get from the majority of the performances in this movie. While our central duo give performances that work (for the most part), Cooper’s latest cast bring to life a slew of characters all plucked out of different films that violently clash with THIS film’s tone, making for a disjointed & rather unremarkable thriller that had the potential to be so much more.

As the cold winter of 1830 sets in West Point, New York, veteran detective Augustus Landor (Bale) is pulled out of retirement to investigate a peculiar incident at a nearby US Military Academy. Eager to distract himself from the memories of his late wife & missing daughter, Landor enlists the help of an enthusiastic cadet by the name of Edgar Allen Poe (Melling) to investigate suspicious characters within the academy’s walls and uncover the sinister agenda behind recent events.

The Pale Blue Eye had me shuddering at the sight of actors I’ve spent years adoring, all of whom frequently pop into frame to deliver turgid dialogue & grind any sort of interest I had in this story to a halt. Jones, Boynton & the criminally under-utilised Gainsbourg are acting in the taut, serious thriller The Pale Blue Eye insists it is; McBurney & Duvall are just trying to ride this one out; and Spall & Anderson are doing panto at the Gaiety…

I can’t stress how out of place both Anderson & Spall’s performances are in The Pale Blue Eye. Spall’s stern academy superintendent is one we’ve seen committed to film on multiple occasions, popping up from time to time to give the usual ‘you’re not up for the task’ speech to our troubled detective (I honestly thought he was going to ask him to turn in his badge & gun at one point!). Gillian Anderson’s short presence on screen is, by far, the most baffling performance I’ve seen in the last year. On our first encounter with her character (Mrs. Marquis), it’s easy to misunderstand her role as the comedic relief. And yet, The Pale Blue Eye places Mrs. Marquis at key points throughout the film’s story placing her centrally at tense confrontations & the film’s dark climax. Any tension the film garners is instantly deflated by Anderson’s bizarre line delivery – something I take no joy in saying.

Meanwhile, Bale & Melling are trying their best to keep things afloat. While I’m not sure where I land on Melling’s performance as a whole, there’s no doubting it is a spirited turn. What starts on shaky ground equipped with a southern drawl (for the BOSTON-born Poe!) & über-theatrical line delivery, eventually morphs into a more sophisticated showing, one that strips away the theatrics to reveal the true Poe underneath: a sensitive soul who has retreated to the macabre in an effort to escape his reality. It doesn’t always work, but it’s another interesting performance from Melling that hints towards the talent he is becoming (for stronger proof, please see The Ballad of Buster Scruggs).

As disjointed a selection of performances as we have, I find it hard to fully blame the actors, all of whom have been horribly ill-equipped with Cooper’s script and his seemingly inexistent need to direct his actors. The film’s script never even goes as far as to justify renowned poet Edgar Allen Poe’s involvement as one of the key characters – it honestly could have been a new character with zero affiliation to the real-life poet. The idea of Poe investigating grizzly murders that will go on to influence his dark writings is a strong one, but one that this movie never truly embraces in the right way.

As with Antlers, The Pale Blue Eye has a massive pacing issue despite having an interesting concept at its heart. Although undoubtedly impacted by the egregiously misjudged performances referenced above, it’s also thanks to a poorly laid out set of events that drive the plot forward, as well as Cooper’s management of tension & intrigue at various points throughout the film. Despite the luscious scenery he builds his stories in, there’s little consideration here as to how the geography is arranged and how it contributes to the telling of this particular story. In our 3rd act, the inevitable ‘Will Our Hero Get There in Time??’ situation is ultimately defused by zero understanding of how close or far away characters are from each other at any point in time!

Ultimately, The Pale Blue Eye is a largely generic thriller with some good, albeit poorly developed ideas. I keep thinking that Cooper is close to a great film. However, it’s more of the same from the director this time round, as he delivers an appallingly disjointed and unremarkable thriller that had strong potential from the outset.

The Pale Blue Eye is available now on Netflix.

Where to watch The Pale Blue Eye