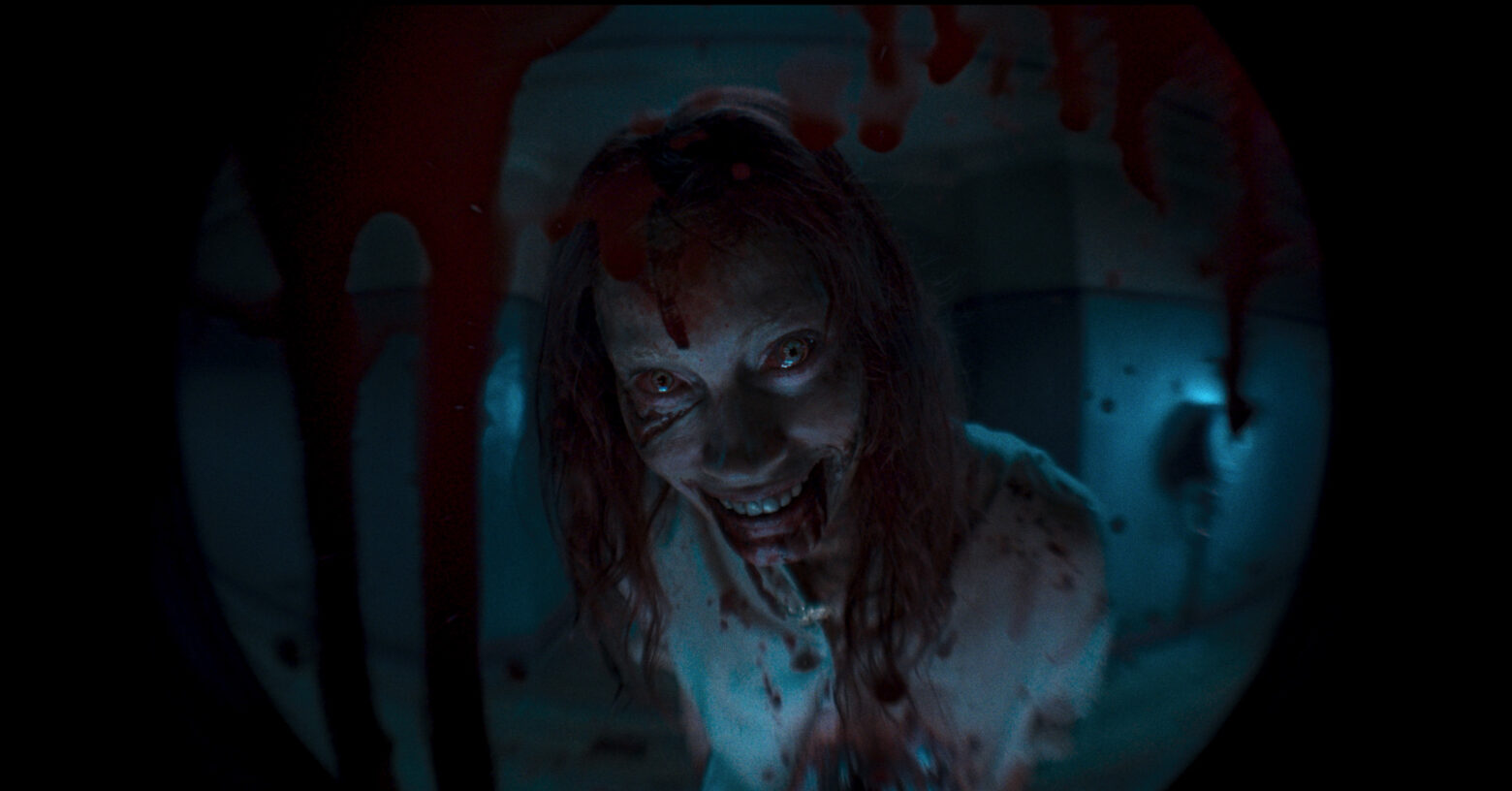 Lee Cronin‘s Irish feature debut The Hole in the Ground helped put him on the map for horror fans. One in particular being Sam Raimi, who tapped the Dublin native to helm an episode of the 50 States of Fright anthology, and has since entrusted Cronin with the reigns of the popular Evil Dead series. Judging by the bloody trailer for Evil Dead Rise released today, Cronin is paying back that faith with buckets of blood and then some.

Cronin’s new spin on the iconic series sees a new cast of characters. While it’s a pity there’s no Bruce Campbell this time around, the trailer gives a glimpse into the new story, which sees a young family grappling with their dear deadite-possessed mother.

Moving the action out of the woods and into the city, the film will tell a story of two estranged sisters, played by Sutherland and Sullivan, whose reunion is cut short by the rise of flesh-possessing demons, thrusting them into a primal battle for survival as they face the most nightmarish version of family imaginable.

Cronin is joined behind the camera by Director of Photography Dave Garbett (Z for Zachariah, Underworld: Rise of the Lycans), Production Designer Nick Bassett (Guns Akimbo, Sweet Tooth), Editor Bryan Shaw (Ash vs Evil Dead, Spartacus) and Costume Designer Sarah Voon (Chasing Great, Inside), with a score by Ireland’s own Stephen McKeon (The Hole in the Ground, Primeval).

A New Line Cinema / Renaissance Pictures presentation of a Pacific Renaissance and Wild Atlantic Pictures production, EVIL DEAD RISE will be released in Irish cinemas on 21 April 2023. Cronin’s latest horror is hoping to unleash the mother of all evil this Spring.

Where to watch The Hole in the Ground