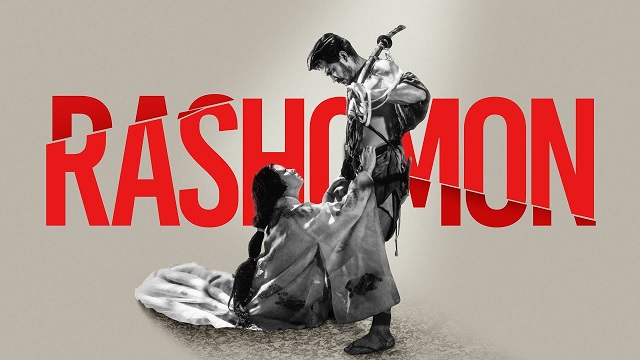 A season of films that bring to mind the Rashomon Effect will be screening at the Smithfield cinema in January. At least, that’s the way they tell it.

Akira Kurosawa’s hugely influential 1950 historical drama is returning to cinemas in January; an unconventional, interesting and radical film that has rippled out into many great films in the decades since.

The film concerns a woodcutter (Takashi Shimura) who witnesses a horrific series of events – an ambush, the rape of a noblewoman (Machiko Kyo) and the subsequent murder of her samurai husband (Mayasuki Mori) by a bandit (Toshiro Mifune). Yet, in the recounting of the incidents at the trial, differing versions come from all involved, thus raising questions about the reliability of subjective ‘truth’. The film’s non-linear approach to the plot shows the details of the crime as they are related through the flashbacks of each individual involved, four versions of the same series of events, each different in subtle and significant ways.

Kurosawa’s approach had a lasting cultural impact. When a film includes multiple perspectives, contradictory flashbacks and unreliable, overlapping narration, it’s commonly called the ‘Rashomon Effect’, an illuminating way of storytelling that opens up the viewer’s perspective.

The Light House and sister cinema Galway’s Pálás have put together a collection of contemporary hits that affect the effect, screening them through early January as a tasteful pairing with Kurosawa’s classic.

Rashomon will be showing at the Light House from Friday January 6th and tickets are available now. Acclaimed filmmakers including Quentin Tarantino, Zhang Yimou, Paul Thomas Anderson, David Fincher and Brian DePalma, noted for how they present and re-purpose perspective in their stories, will have hit films screened. Run Lola Run will be shown, a famous example that sees three scenarios play out as Lola attempts to obtain 100,000 deutschmarks to save her boyfriend. Check out the selection for their Rashomon Effect season and links to tickets below.

Where to watch Rashomon