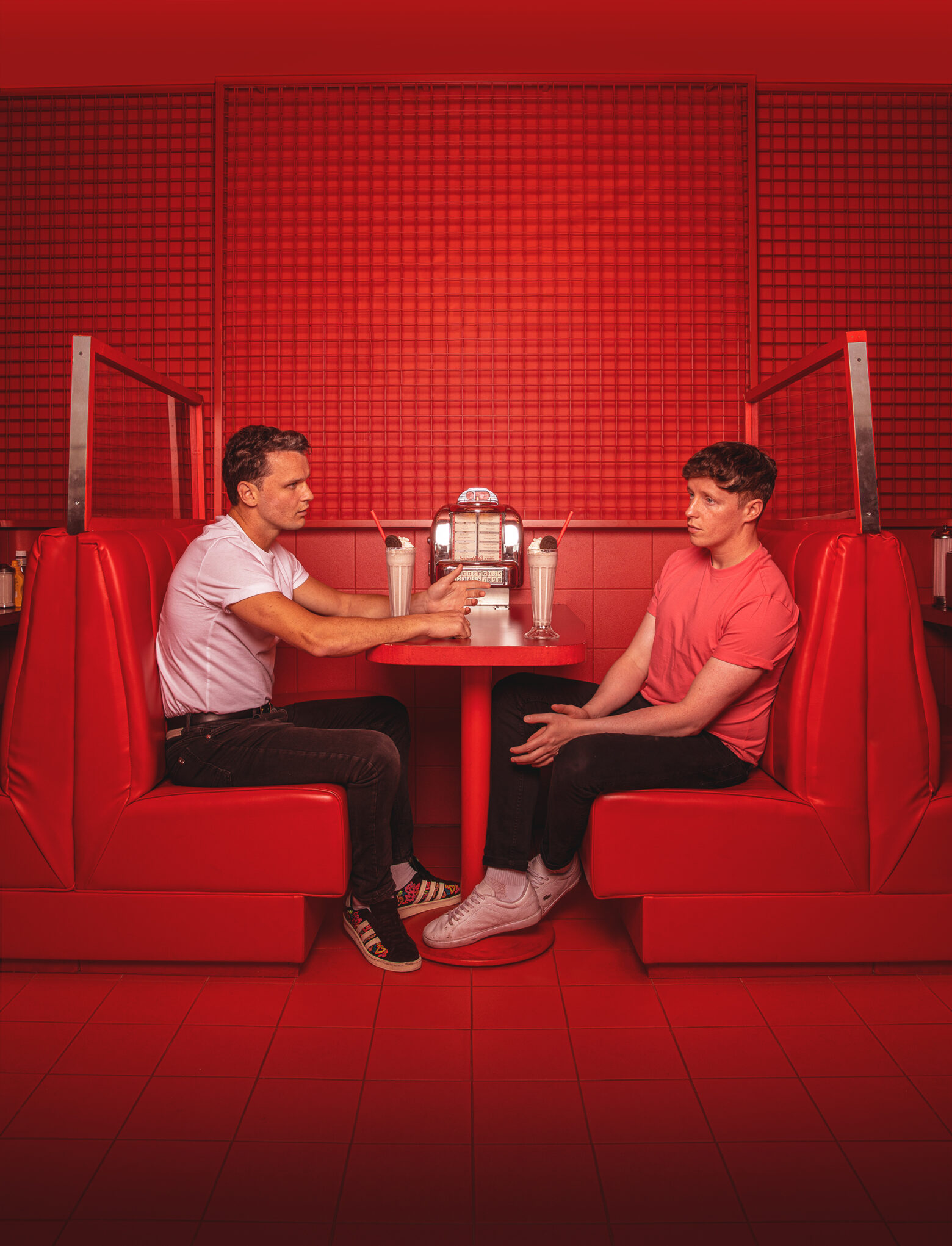 Breaking a stigma is about removing walls. In How To Tell A Secret, performance and interview are interwoven. Stories of living with HIV pass through acting, re-enacting and interview, from performance to personal and back again, words coming directly from the source, from somebody else, and back again. The effect removes any stigma and sensationalism, putting the emphasis on the storytellers – those who are willing to speak on camera, those who want to be heard but not have their face shown and those who would rather their words be performed by others all come across equally. They’re all enabled to take ownership of their story, on their own terms. The title isn’t questioning, it’s demonstrative, and the refreshingly innovative approach in this documentary about HIV disclosure takes us away from those imposing three letters and towards the people behind them, the better to allow for education and understanding.

In docu-play Rapids, stories of HIV+ men and women were performed, stylised and abstracted by performer Shaun Dunne and his production, with real experiences acted out, including those of Dunne and former partner, activist Robbie Lawlor. With film documentarian Anna Rodgers, How To Tell A Secret sees Dunne, Lawlor and others expand that concept. We see actors Jade Jordan, Eva-Jane Gaffney and Lauren Larkin receive stage instructions and perform monologues, see Lawlor go from running lines and making public performances, to talking intimately in front of the camera about his story, we hear interviews directly from people living with HIV. Enda McGrattan (drag queen Veda) is meanwhile interviewed about his own experiences, all while preparing a tribute inspired by the street performances of Thom ‘Diceman’ McGinty, a famous character around Dublin who passed away in the 90s from complications of AIDS.

If you watch enough flatly staged talking-head docs (everything on Netflix), you understand that this method of presentation isn’t just novelty, but a refocusing technique that has transitioned successfully from stage to screen. Rodgers and Dunne allow all subjects on camera as much space as they need to be comfortable, to understand the process and navigate their way within it. It feels like those in front of and behind the camera pulling in the same direction, which is accentuated by Rodgers showing Dunne’s process itself on screen: when we see Dunne speak with an interviewee whose face is blurred, Rodgers showing Dunne explaining what each camera is going to be filming and how the person’s privacy is going to be maintained, we see the care that goes into allowing these disclosures to be made in a respectful way.

Seeing Jordan, Gaffney and Larkin pre-performance, developing their understanding, puts the viewer on the same level as them, the better to experience the emotions they play; performance is put unflinchingly up front in a way that removes it all together. It’s a fitting companion to drag in that way; Veda’s sections which could potentially feel at a remove, tie back in on that level. The theatricality of the Diceman and the uncompromising honesty of Robbie Lawlor are seen through the same lens. You tell a secret in your own words, in your own time.

Dunne and Lawlor’s journey is empathetic and engaging, with Rodgers facilitating its recreation with aplomb: it’s an optimistic account that’s never going out of its way to be ‘feelgood’. That comes from honesty – the stories that are told here cover dark subject matter: rejection, shame, unflattering feelings. It also comes from an informed perspective. As activists, the principle players have processed their HIV+ status, they’re advising the interviewer, the actors, the audience accordingly. These aren’t pat stories about bravely soldiering on, we see Lawlor take umbrage at a newspaper article discussing ‘sufferers’. It’s a demonstration to educate, with the doc building towards not only an effective emotional climax (which, by investing in its subjects with such care and empathy, it achieves effortlessly), but also an informative one.

Putting the focus on U=U info, (Undetectable = Untransmittable), the walls the film aims to lift expand their ambition. Disclosure becomes assertion; boldly reclaimed, assuredly lived. Robbie, Shaun and co relive theirs and others journeys, making for a raw, powerful documentary, but one that’s always clear that there’s another step to make forwards.

How to Tell A Secret screens in the IFI and more from Thursday 1st December. Its release coincides with World Aids Day 2022.