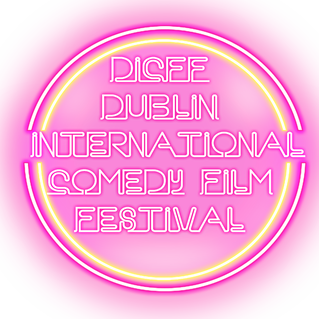 The third iteration of the Dublin International Comedy Film Festival is coming soon to Smithfield. The Generator Hostel will be host to a fully live edition of DICFF, bringing short and feature films and live comedy performances to patrons over three days from Dec 2 – 4th.

The brainchild of writer and director Maureen ‘Mo’ O’Connell, the DICFF aims to fill a gap in the Irish film calendar, with a focus exclusively on comedy. Following the second festival way back in January this year, it makes its return with five short film programmes, as well as two features.

Although I have been thinking about this festival for a few years now, it kind of feels like now is the right time to do it. I’ve always found comedy very cathartic, very healing- and I think everyone could do with that at the moment. Laughter has a therapeutic power. I love that about comedy: it’s soulfulness. I find comedy deeply soulful.

Joining O’Connell in organising this December’s event is Cathal Feeney. A familiar name in the Irish scene, Feeney ran the Dublin Filmmakers Meet-Up Group from 2012 – 2020. The Dublin Filmmakers Meet-Up Group is an open forum that welcomes filmmakers from all over the world who come together to collaborate, pool their resources and make films and has himself made a number of short comedy films from this group that have won awards nationally and internationally.

The festival will be host to the Dublin Premiere of Garry Walsh’s feature, Bad Things in the Middle of Nowhere, with star Joseph McGucken from RTE’s Free Gaff.

A group of criminals lay low in the remote Irish countryside after pulling off an audacious robbery. As they plan their escape they quickly realize the robbery will be the last thing to go right for them. The Q & A on Saturday 3rd December at 8pm with writer/director Garry Walsh and some of its cast, including up and coming star Joe McGucken, James Farrelly and Louise Bourke.

The festival will also be presenting the Irish Premiere of Orlando Herrera’s feature, Misfits #eresotehaces. Alicia Jaziz plays Ulia, a 17-year-old Latin American girl who has lived in the United States almost all her life, so the only thing she remembers from her country is its language. She is a popular girl, with a successful YouTube channel. She longs to go to prom since the first day of school. Suddenly she receives the worst news ever: her family must return to their country of origin. Getting used to a new country with its own customs and culture is not easy at all. Julia is the “gringa” of her new Catholic school (nuns and uniform included) and it doesn’t take long to earn the enmity of “Las Reinas”, a trio of popular and gossip girls. Julia is now a misfit.

Short films from all over the world will be on show, with picks from the USA, United Kingdom, Australia, New Zealand, France, Denmark, Ukraine and of course Ireland. Irish shorts include and comedy sketches includes Fabian Oman & Phil Kidd’s Dublin premiere of their film Wallpaper, Clara Planelles’ award-winning First Date starring Carrie Crowley (An Cailin Ciuin- the Quiet Girl), Aisling O’Sullivan and Johanna O’Brien and Dead Dog by Colm Sexton. In keeping with the festival going all-live for the first time, the festival will include live entertainment also. There will be stand-up sets from Ireland’s smartest up and coming comedians including stars Aideen McQueen, Anna Clifford, Malinda Pereira who will be on RTE soon with his very own show, the legend Joe Rooney, Saoirse Smith, Fergus Keane, Claire Millane, Craig Moran of Stitches Comedy, Rachel Walshe, Alex Jones, Jack McKenna, Betsy Speer, singing from Klara McDonnell and dancing from Helena Clarke and company and improv group Karmageddon to name but a few.

More info on the festival can be found on the website and tickets to the full three day event are available from the site now for €30.