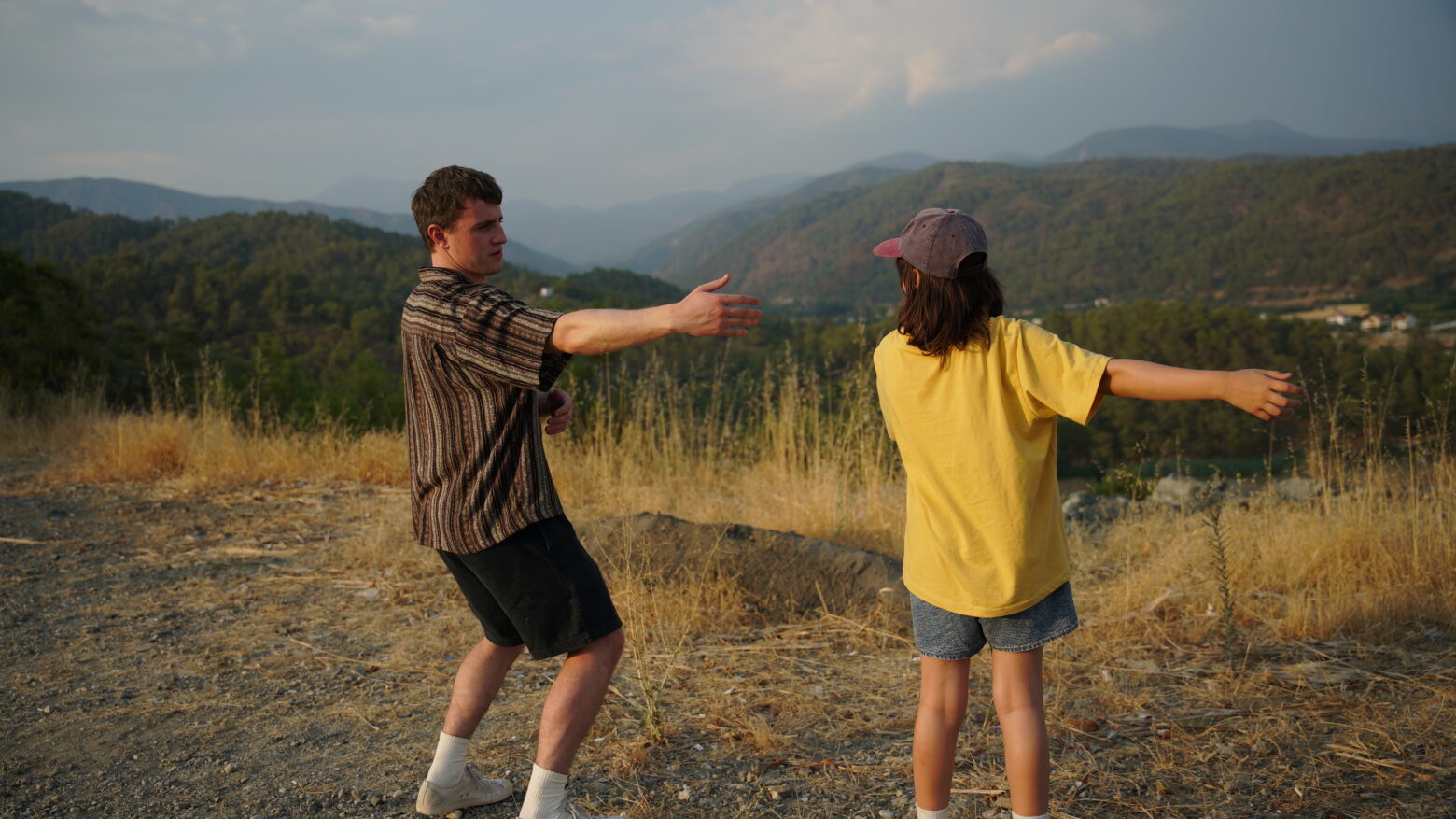 Through camcorder forage that looks like it was filmed on a potato, a little girl innocently asks her father, “when you were eleven, what did you think you’d be doing now?” The answer that potentially hangs in the air, in his silence and body language isn’t something a child could easily pick up on. Nor is it an answer a child should have to hear. Not this. Even in blurry, scratched, faded footage, we see Paul Mescal’s talents as an actor, tensed up, hesitant, how just-about he holds himself together. In that moment, cheerful and playful, the daughter hardly notices the moment, but the footage seems to fade and frazzle, like the unspoken emotions are tampering with the otherwise wholesome image . Through Aftersun, we see this bond struggling to hold together, just past perception, just out of time.

It’s the mid-90s and 11-year-old Sophie (a fantastic Frankie Corio) is on a package holiday in Turkey with her dad Calum (Mescal), just about to turn 31. He seems determined to treat her as much as he can, and is an encouraging, active, caring parent. So why does the energy just feel off? Bright and energetic, Corio really pinpoints the exact point on the scale where a kid is clever and perceptive, relative to their age – she knows that something is up, but not what, she knows she feels something, but not exactly why. Calum is just that bit too insistent that she enjoy herself, that one step beyond wanting her to have a good time into needing her to have a good time.

We follow them around the beautiful sights and slightly shabby accommodation, taking in what Sophie does and doesn’t notice. Why does her dad still say “love you” to her mum over the phone? They’re not together. He’s off in London half-hearting ideas while Sophie lives with her mum in Scotland. What was that look on his face when those teenagers thought she was his little sister? Embarassment, maybe something more complicated and conflicting. How come his moods are so up and down? Exhausted after a long day, Sophie describes feeling strangely sad even though she had enjoyed herself. In the next room, she talks about feeling so tired it’s like “your bones don’t work”, again her dad doesn’t seem to respond, like he doesn’t get it. We see what she misses. When Mescal glares through his own reflection in the bathroom mirror, eyes hollow, we know he gets it all too well. Struggling to find his own place in the world while building the relationship with his daughter, Calum is fraying at the seams. On the edge of this story, adult Sophie is revisiting her memories. She’s rewatching the camera footage in the present, processing, trying to get some sense of her dad now that she’s his age. Pouring over the same vague recollections again and again, trying to meld them together into coherence, into clarity, it’s something we all try to do, create narrative from our jumbled feelings, mash them into a satisfying outcome. How often was Calum himself doing the same back then?

The camera capably assists Corio’s performance, lingering on the details that would stand out to a young girl – a fleeting touch between teens, the slightest fall in her father’s face. Frenetic editing by Blair McClendon serves the story beautifully, presenting faint memories and frazzled footage, it comes off melancholic and elusive. Director Charlotte Wells has described how personal her first feature is, but resists the temptation to make it overly literal. If there’s catharsis to be gleamed from this story, it’s maybe too interior to fully perceive, for the viewer and creator alike, which reflects the experiences the characters are going through.

Wells weaves in scenes of Mescal dancing in a liminal space, adult Sophie ( Celia Rowlson-Hall) trying to access him in moments that are too brief, too barely there, too intangible. These haunting, hollow moments cut through the more grounded familial moments like a razorblade. The more we see them, the more we see of them within the father-daughter bonding. Calum tries to encourage new hobbies for Sophie, she tells him he doesn’t always have to pay for her to do stuff. Sophie tries to bring the mood up through cheesy resort karaoke, her dad sups his pint and leaves her hanging through an excruciating solo performance. But there’s no overwrought trauma. The events we see are pretty standard stuff for a holiday with a kinda bored kid and a kinda overwhelmed dad. The coldness means more because the warmth feels genuine, the experiences real, the chemistry natural. The way that we see it – the quickest of cuts to a bawling Mescal, the lack of surprise in Sophie’s body language when she’s left unsupervised – that subtlety is what elevates Aftersun; emotion through precision. It shows that contradiction that can exist in the relationship between parents and children – where the other exists as something so substantial but never fully knowable.

Confident and understated even in the abstract moments, Wells’ clear sense of the relationship she wants to show, of the good and bad and indescribable middle ground of this relationship, makes for an effective, affective watch. The paired performances between the leads is exactly right, with Mescal’s energy appropriately more like that of an older brother, slightly show-offy when teaching tai-chi and self-defence, disarmingly charming with silly jokes and mischief, then suddenly aloof. Corio matches the rising star beat for beat, loose, emotional and accessible, something that feels like a real kid, both when over the top energetic and more introverted. She teases her dad’s tai chi, but maybe revisiting these recordings as an adult is Sophie’s equivalent experience; a reflective, inverted space, quiet amid static. It’s fleeting but restorative, like that nanosecond of silence and stillness in a sweaty disco. Discovery within absence.

Deeply personal and profound, Aftersun pulls us into memories both keenly felt and half understood, with real and heart wrenching performances pitched perfectly to linger.

Aftersun is in cinemas from November 18th.