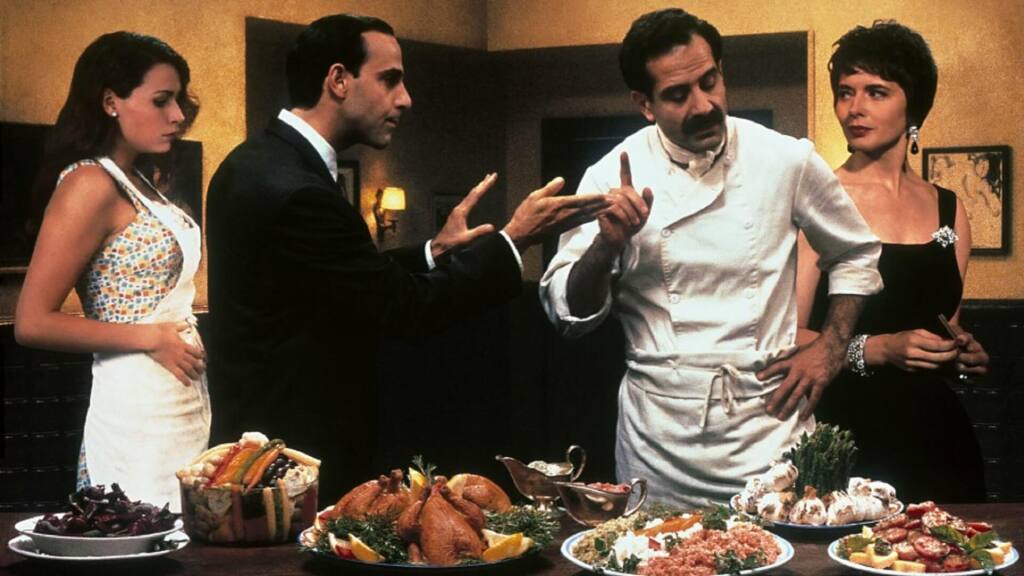 The final issue of the year for Film In Dublin’s Pretty Deadly Films zine will be released in early December and we have submissions open now for articles and artwork. PDF Issue 12 will be all about the best of food and drink on film.

Each issue of PDF looks at film through the lens of a particular theme, with contributors submitting various features on their favourite movies, the blockbusters, the cult hits, the films where the pretty and the deadly do things that are pretty deadly. On film.

We are currently accepting submissions for:

Please contact us by this Friday (11th November) if you would like to pitch an idea for our next issue, which will be released on 2nd December. We have 4 guest contributor spots currently open.

The theme of issue 12 is ‘Feast on Film’. We’re getting closer to the end of the year, a time to come around the table with family, friends and most importantly, films. It’s a time to eat, drink and be merry, so we want to see art and articles inspired by the movies that get your mouth watering. Maybe they feature food that you want to reach out to the screen to eat. Maybe there’s a drink in a movie that looks quenchier than anything you’ve ever had in real life. Or you could be inspired by how films show the communal act of eating together itself – always a great recipe for opening up the world of a film. How and where do characters eat together? What do they have? Is it deathly silent, there simply being no time for confrontations? Or is it a crowded and chaotic scene, family talking over each other, food not far from being flung?

Some films – like Tampopo, Chef, even Ratatouille – show the artistry of making food, the same level of technical skill, storytelling acumen and genuine love that the best movies need themselves. Some, like every Studio Ghibli movie ever made, 80s family films with their stringy, greasy but somehow delicious looking pizza, or even the sinister, but very moreish looking Stuff from The Stuff, show the power of the moving image by making your brain crave food that it can never have. Whether it’s the menu of the movie, a cinematic cocktail or a dining room vignette, we want to hear about the on screen food and drink that are your food and drink – the tastes of something pretty deadly that you truly crave.

Pretty Deadly Films can offer €60 for artwork and essays. We aim to expand our zine efforts even further issues in 2023. If this winter is too busy for you, or if we are unable to slot you in this time, we can keep you in mind for future issues.

Please send pitches, submissions or expressions of interest to filmindublin@gmail.com with the subject line ‘PDF #12’. We will make our briefing document available to selected contributors. We can’t wait to hear from you and to share our latest issue with zine fans out there in the fair city of film.

Digital and physical copies of previous issues of Pretty Deadly Films are available here. Do feel free to take a look for info and inspo.