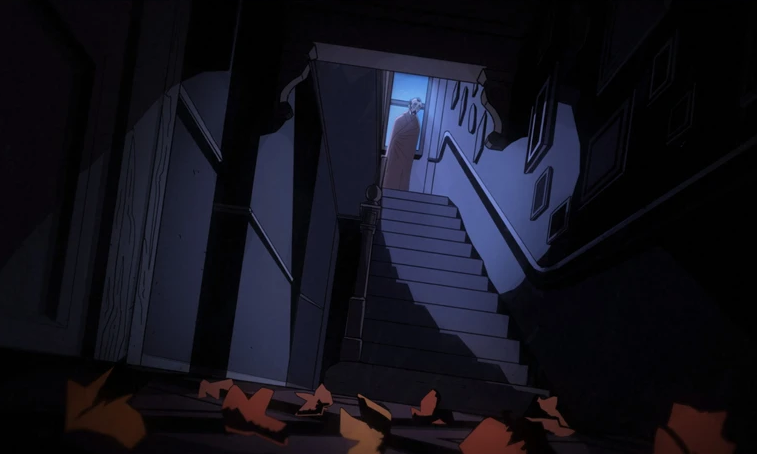 Samhain is upon us once again, and while the fine line to the Otherworld remains thin, there’s plenty film fans can do to keep the goblins and ghouls at bay. It’s important to keep your side of the sídhe clean after all.

The IFI Horrorthon lurches on over the bank holiday weekend, and the Light House Silver Scream season is continuing to make noise for movie monster fans. If you’re looking for something to stream, Kate Dolan’s You Are Not My Mother remains one of our favourites from this year and is available on a variety of platforms. But what if you want a speedy spooking, something shorter than feature length?

If you’d like to jump right into a scare, Seán Breathnach has you covered. At Irish Horror he showcases his prolific horror short films, with his very latest The Tower being suitably tarot-fying.

For something slightly longer, fans of Carolyn Bracken’s performance in You Are Not My Mother can see more horror from her in Adam O’Keefe’s Where Still Waters Lie. Available now to rent, the short centres on a young couple, who find themselves drifting apart as the burdens of parenthood weigh on them in different respects. Within the emotional distance they create, they leave gaps for more than just silence, turning a healing weekend away into a horror of mistrust and fear.

Animation is another avenue for horror and Paul O’Flanagan’s Memento Mori is a great showcase of that. Featuring the voice talents of Mark Gatiss, it shows us a stormy night in Victorian Dublin, where a post-mortem photographer receives his latest subject, a recently deceased young woman. With Mike Mignola style designs, the creepy animation was on at this year’s DIFF and has picked up fans wherever it’s screened.

You can see that it’s been a good year for horror shorts in Ireland. Two of the best short films from the island this year fit the genre, with exceptional filmmaking that provides insights and scares alike. Rioghnach Ní Ghrioghair’s Don’t Go Where I Can’t Find You is evocative and atmospheric, a hit on the festival circuit for months, that sticks to the bones of its viewers. It sees a haunted composer use music to connect with the ghost of her dead lover, before her mind starts to spiral into chaos. The characters are realised and recognisable, making their fates all the more fateful. You can see more from Ní Ghrioghair ASAP – her Storyland whodunnit Balor Hall screens from this evening on RTÉ – and though she’s no doubt a director on the rise, this film will still be staying with us for some time yet.

Another film blazing through festivals at home and abroad is Derek Ugochukwu’s You’re Not Home. The writer/director’s latest film was funded via the ENGINE short film scheme. The scheme works to support up and coming talents in the Limerick/Clare/Tipperary region to create world class shorts, providing production funding and the opportunity for emerging local crew to gain real-world experience on funded productions and to receive industry guidance. Applications for Engine 2 are open through until the 30th November, and if Derek and producer Greg Burrowes’ efforts are anything to go by, they provide excellent assistance.

You’re Not Home is a short set in a Direct Provision centre. It sees two refugee brothers discover an ominous – and rapidly growing – black mould in their room, a sinister entity that seems to spread discord all around them. The unwelcome atmosphere Ugochukwu establishes, through confined camera work, the unnerved performances from his young actors and eery music to punctuate the closing credits makes for an excitingly expansive short in minutes. A quick shock works in service of the slow burning horror of the too real conditions of Direct Provision, Ireland’s modern shame.

Where to watch You Are Not My Mother