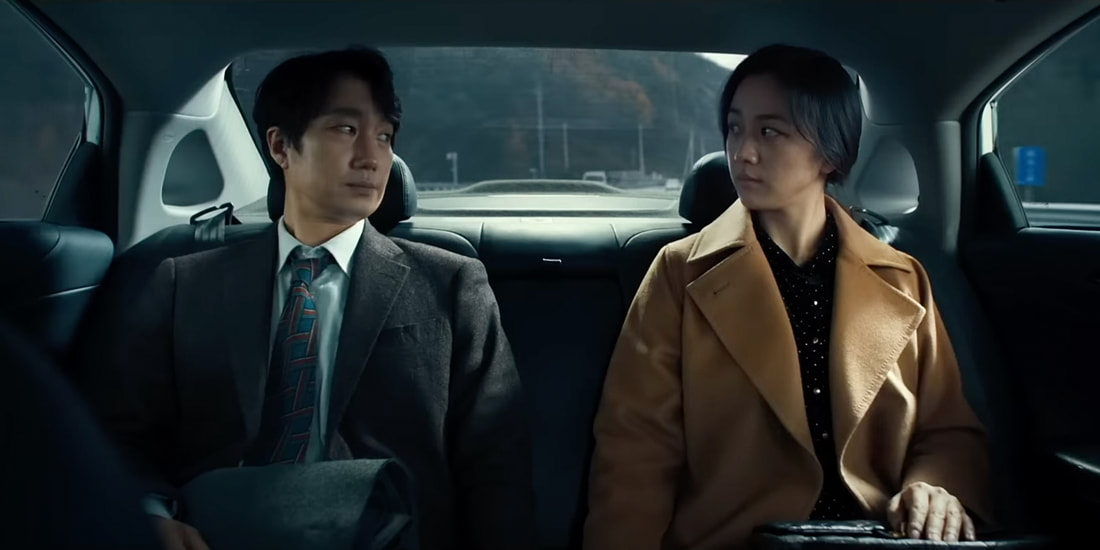 The most interesting question with a femme fatale is never did they do it. We love to watch seemingly honourable lawmen twist and turn under far more compelling questioning – how much do they care if the dame did it or not? The thrill of the chase and the many layered tensions, the fine line in the mind between how noir sees pursuits, have magnetised audience eyes for generations.

Legendary Korean director Park Chan-wook is no stranger to exploring the psychological, the sexual, and the psycho-sexual. Films like Oldboy and The Handmaiden tell very different stories, but are unified in subjecting characters to intricately designed, unusual situations, putting them through a mental wringer and seeing what kind of person emerges on the other side. When big revelations hit hard in his work – the thrill of it, the danger, the finely finite beauty of it – it can all feel like…a kiss? In Decision to Leave, the modern master of thrillers takes a standard noir setup and ramps up every detail in the cat and mouse game between suspect and inspector until everything else melts away. Whodunnit becomes will they/won’t they in this smooth, sad, sensual watch.

It starts with a body at the bottom of a mountain. Experienced, straight-laced detective Hae-jun (Park Hae-il) is called in to investigate what looks almost certainly like an accident. And then, to shadow the widowed wife of the deceased, care worker Seo-rae (Tang Wei). She doesn’t seem particularly concerned that her older husband is gone. As details emerge about her former husband’s violence, possessiveness and corruption, the case against Seo-rae becomes more certain to everyone except Hae-jun, who becomes more sympathetic to his suspect the closer he looks into her life.

Hae-jun dwells endlessly on cases he can’t solve, an insomniac bored in marriage to a wife he only sees on the weekends. With a new case to compel him, and the fascinating woman at the heart of it, he’s sucked thoroughly in. In the first of many elevated steps from Park, he doesn’t make Seo-rae a mystery to the audience, he barely makes her one to her detective. We get to see through her point of view too, see the spark of attraction genuinely light up between the two. She doesn’t mind him watching her every move. Watching their relationship develop and deepen, you stop wanting the core questions that have brought them together to be answered.

There’s nothing voyeuristic in the way that Park looks at this dynamic. For Seo-rae, the way the kind-hearted detective is drawn to her is less a matter of arousal and more a matter of comfort, and it’s filmed accordingly. The greys of concrete Busan, the understated colours of the cars the pair follow each other in, the gloomy patter of rain, they give the film a relaxed, understated feel, unexpectedly lowering our defences. Vertigo has been used as a comparison point for the film, and Hitchcock as a Park predecessor more generally, but David Lean and Brief Encounter might be a more apt comparison – the doomed intimacy, all gorgeous gloom.

That breathtaking tension is brought to life beautifully by the leads, both exceptional performances. Park Hae-il and Tang Wei both build their characters from one hundred little details – the briefest faraway look when Hae-jun is with his wife, the slightest relax in body language by Seo-rae under interrogation. They all snowball together into the film’s stirringly massive emotions. The language barrier between the two – Chinese immigrant Seo-rae’s Korean is good but not perfect – creates hesitancies, and sparks of joy at recognition, that ensure even when the characters are trying they can’t stay in power play. The game of chess between them is all muscle memory, since they can’t take their eyes off each other.

Though Decision to Leave may feel less white knuckle than other films by Park Chan-wook, that’s a slight of hand – the more you fall under this pair’s unusually charming dynamic, the harder the gut punches will hit. It’s a thrill to watch a master get even better, and this Melancholies of Murder and its tightly assembled intricacies are razor-sharp, deeply cutting additions to his catalogue.

With intoxicating playfulness, Park Chan-Wook has made the feel-bad romance of the year in Decision to Leave.

Where to watch Decision to Leave