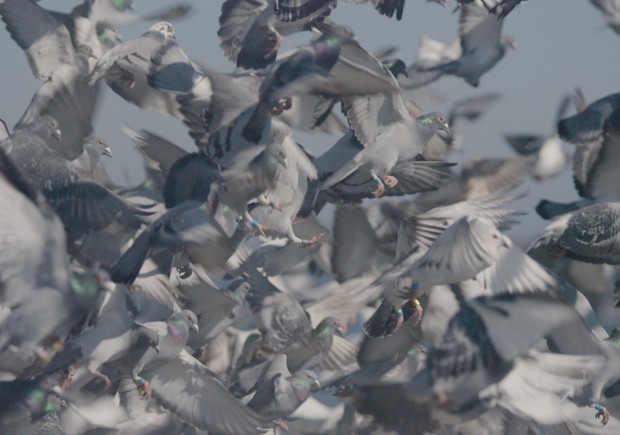 In a real coo for documentary lovers, Million Dollar Pigeons , a popular doc this year on the Irish festival circuit, is set for a wide release next month. A niche sport with a long history in the fair city of film, Dublin cinemas will get to see more about the world of competitive pigeon racing in November.

Wildcard Distribution have announced that they will be releasing Gavin Fitzgerald’s Million Dollar Pigeons in Irish cinemas on 25th November.  The news comes ahead of the film’s screening at the Kerry International Film Festival this weekend.

The Irish documentary is about the passionate and ferociously competitive international pigeon masters, known as fanciers, that will do whatever it takes to win. Big bucks, sweat, tears and sleepless nights are invested into these feathered athletes, yet on race day all they can do is wait, hope and pray.

Fitzgerald’s guide into this competitive racing world is Ireland-based pigeon fancier John O’Brien. A father of two, he has 60 pigeons, including race winner “Big Balls”, that he routinely trains. Citing a vision that appeared to him while hallucinating at confirmation that he was meant to be in the sport, O’Brien has a big dream he wants to achieve.

Flying under the radar are a group of pigeon masters from the US, Thailand, China and South Africa, competing  in one of the most lucrative bird races on the planet. Each event is stranger and more exciting than the last. When scandal taints the crown-jewel event, the community is rocked and the future of the sport is up in the air.

MILLION DOLLAR PIGEONS was produced by Samantha Corr for Venom Films (His & Hers, Katie).

Wildcard Distribution is working in partnership with Dogwoof, the international sales agent, on the release.

MILLION DOLLAR PIGEONS will be released in cinemas across Ireland on the 25th November.