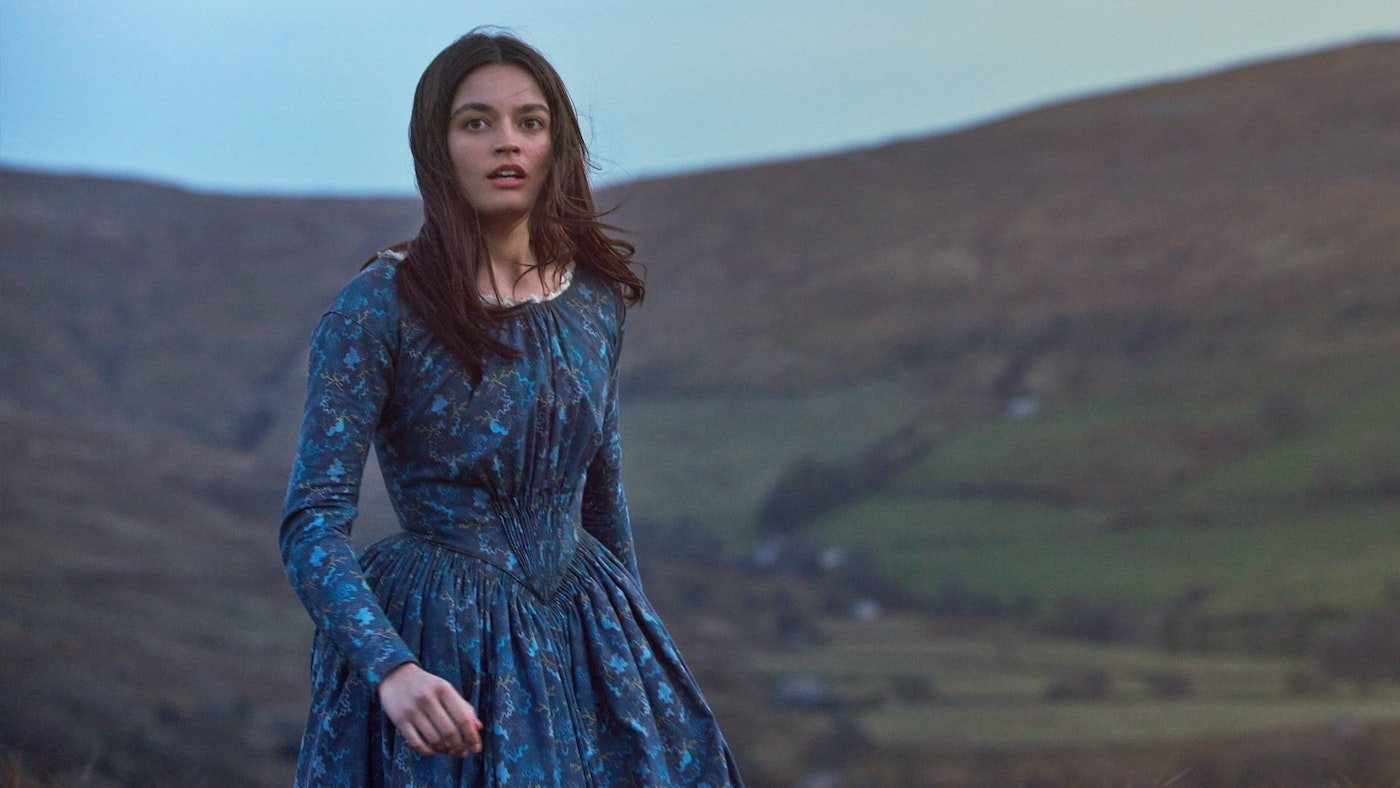 The short life and enduring works of Emily Brontë make her an understandable target for biopic fare. Work backwards from Wuthering Heights and you can build the story as it suits, about women, about the authorship and ownership of their stories. In her directorial debut, Frances O’Connor unmoors herself from telling just the facts of the middle Brontë sister’s history – a smart decision that could have been pushed further, since her tempestuous take works better the wilder it’s scattered to the winds.

Emma Mackey from the Netflix series Sex Education stars here as Emily, a young woman of vivid imagination and introverted disposition. She’s not so much uncomfortable in her skin, as uncertain of why she makes others so uncomfortable – the Brontë’s strict father doesn’t understand her, the people in the town call her the strange one, darling eldest Charlotte (Alexandra Dowling) is growing increasingly distant from her. We follow pre-fame Emily as she tries to find herself while staying very much marooned on the Moors, lazing about with bohemian brother Branwell (Fionn Whitehead) causing trouble and cracking into opium. More stirringly, and ahistorically, she pursues a forbidden romance with William Weightman (Oliver Jackson-Cohen), an assistant to her father at the local parish, positioned as a quasi-Heathcliff blueprint (biographers more so ship Weightman with Anne).

Sarky and dark-eyed, Mackey is committed and entertaining as the Wednesday Brontë the story asks of her. The way her massive eyes flare in Weightman’s direction and flicker in his rejection keeps things successfully subtle, her performance keeping a balance between costume drama propriety and over familiar modernity – we’ve seen this year how over-Fleabagging the classics doesn’t take much Persuasion. The chemistry between Mackey and Jackson-Cohen is fittingly feverish, and fleeting; it comes off like a horned-up fling rather than a tragic romance, even though the characters don’t see it that way – the hopeless way that they catch feelings works in service of the route the story goes. The strong performances from Mackey and her co-stars make the relationships we see compelling in their own right, worth seeing through rather than getting caught up on their accuracy our end product. At it’s best Emily is less literal about who this writer is, and more explorative of what makes one interested, enabled and compelled to write.

Actress turned director O’Connor makes fun choices to keep her film getting bogged down in stuffy period piece mode. The film’s frequent fades to black, moody score, and the way it plays with voiceover when reading Emily’s writings all enable the lens through which everyone views the main character, unknowable and volatile. Not everything she throws out there works, and the film does strain under the biopic constraints, with overly expository dialogue and unnecessary ‘must see moments’. Scenes towards the end of Emily finishing off her novel with a flourish un-do other good work in keeping the film light, tight and unconventional.

The inconsistency is a shame because it feels like a lost opportunity. The film always feels at its most exciting, and most credible in how it sees Emily, the less tied it is to reality. A scene of Emily channelling the sisters late mother while a storm rages outside feels refreshingly unsafe and emotional, and a montage of Emily’s sexual awakening is a purposeful reprieve from self-seriousness. Maybe its metatextually that Emily is must successfully biographical of its subject; an atypical account that leave you wanting more.