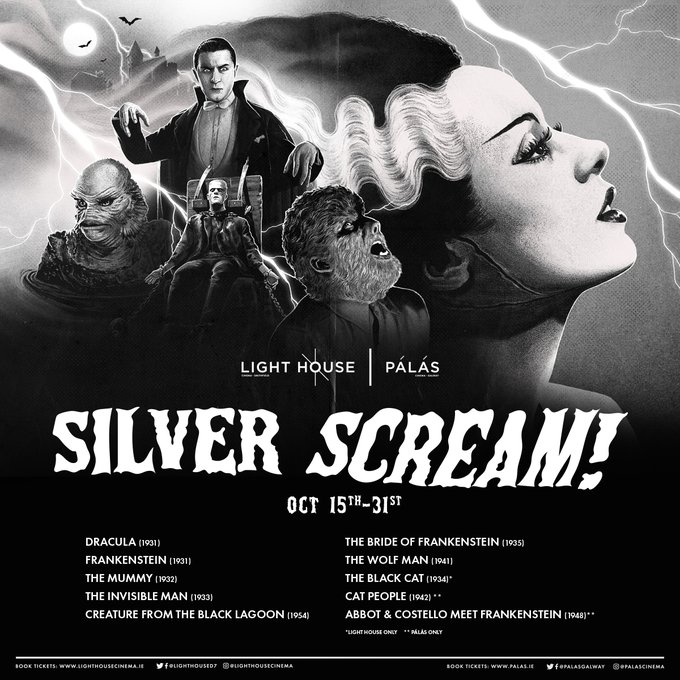 The Light House Cinema have announced this year’s special season for Halloween. Going back to the roots of horror, they’re showing classics from October 15 – 31st for Silver Scream.

From the 30s to the 50s, Universal Studios were a graveyard smash in the horror genre, using some of the most famous ghouls and goblins around to make pictures that endure to this day. From long-lived rewatches to doomed shared universe attempts, the likes of Dracula, the Wolf Man, the Mummy and more become icons of the big screen, and this month they’ll all be back at the Smithfield cinema.

The Silver Scream season will feature horror classics from Hollywood’s golden era, with 8 iconic monster movies set to screen through the rest of the month.

“These are the originals, or at least the quintessential versions of these characters – the movies that inspired so many others and had such a lasting impact on popular culture. These iconic portrayals by Bela Lugosi, Boris Karloff, Lon Chaney and Elsa Lanchester, are the ones still immortalised every Halloween in costumes, in imagery, and in our imaginations.”

Tickets for Silver Scream are available now. Check out the full lineup below.

Galway film fans can enjoy a couple of bonus bangers also for Halloween. The Light House’s sister cinema Pálás will also be showing classics Cat People and Abbott and Costello Meet Frankenstein this October. Classic horror fans will be in their Element during Silver Scream.