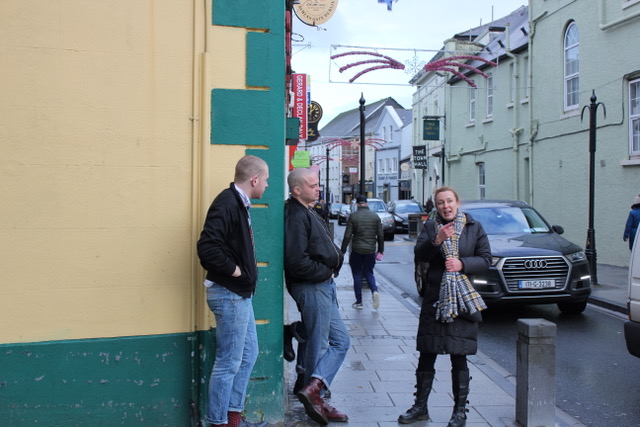 Later this month a new film festival arrives in Ireland as the Droichead Arts Centre and film maker Frank W. Kelly launch the inaugural Boyne Valley International Film Festival.  This two day event will feature the best short films from around the country, and the world, with a special focus on films made in the region.

The Boyne Valley Film Festival aims to give some of Ireland’s hardest working filmmakers, particularly Louth locals, their flowers, and they’ll be starting in their first year by featuring Roisin Kearney as their Film Maker in Focus.

Roisin has worked in theatre, film and TV in Ireland for over 20 years. Her writing career started when asked to rewrite female characters for pilots produced by RTÉ in the mid 90’s. After a successful 10 years working in theatre helping bring productions to stage from writers including Roddy Doyle, Pat McCabe, and John Banville, she continued on the periphery working in script development and reporting on new talent for producers and production companies while taking time with her three children.

Roisin returned to film in 2014 with her short film The Love Agency and since has worked on a number of short films as producer, writer and director including The Family Way (writer/producer), NoDogs (writer/director) Algorithms(writer/director), Prodigy (producer) We Have Each Other (producer). The Ferry(co-producer) and RUN (writer/director) premiered at Galway Film Fleadh ‘19 and are now touring festivals worldwide, while PADDY (Director) premiered at Galway Film Fleadh ’20. She is associate producer on new format children’s show Gamer Mode which will air on RTE2 shortly.

Speaking to Film In Dublin last year, Roisin described the stories that she’s drawn to as a creator:

She is currently working on the feature script Remembrance, a TV comedy based on the The Family Way, a thriller titled The Well, a comedy series Rest In Peace, as well as a number of short film scripts. She is a writer under the pseudonym Grainne on mock problem page Ask Grainne for Head Space online magazine and has had a number of spec TV formats developed.

On Saturday, 13th August at 3.30pm, a selection of the writer/directors work will be shown at the festival, followed by a Q&A with Kearney hosted by Sinéad Brassil.

Check out the full selection of shorts showing at this Film Maker in Focus event below:

A young couple try to survive a crisis, but the real danger may be far more personal than either of them realise.

A family’s world is thrown into turmoil when a positive pregnancy test is found in the bathroom drawer.

When a family is made homeless due to spiralling housing costs, their daughter sneaks back to feed the family pet dog.

Sarah’s eyes are opened to her coercive controlling partner when he allows her childhood friend to come to dinner.

It’s the late 1970’s in London and a new generation is asking questions and finding answers. It’s called PUNK, and it doesn’t matter who or what you are or where you’re from.