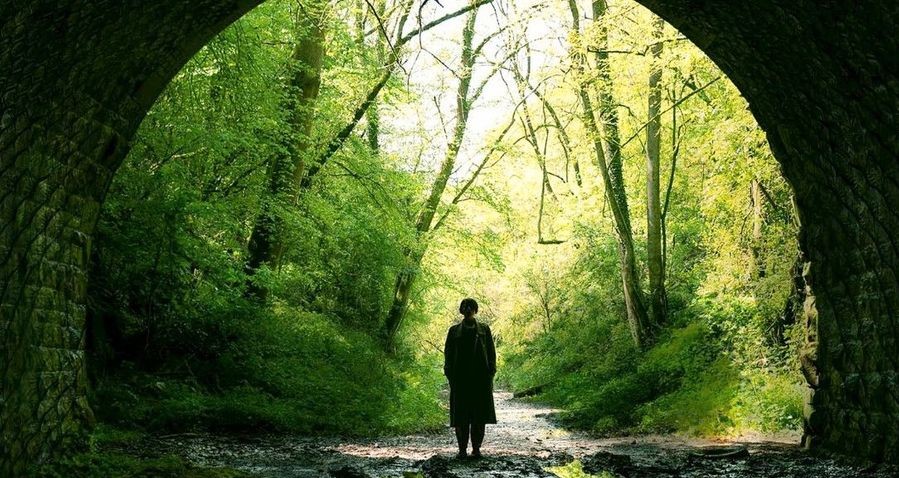 When phones made the move from walls to our pockets, horror films started having to dispatch them early on to avoid accusations of plot holes and whataboutism. Now in recent horror films I’ve noticed a trend of female protagonists ‘doing things right’ before the conflict of the plot gets underway. The Final Girl trope made it harder for audiences to delight in blonde bimbos falling down and getting what’s coming to them. For a while we were on the Final Girl’s side simply because it was a novel experience we hadn’t been offered before. But now in order to be sure we’ll relate to female characters and root for them, films first have to make sure we know she’s intelligent and worthy of making it to the end of the film. Take Fresh for example; even though Daisy Edgar-Jones’ character texts her friend details and the address of the guy she’s met online and carries her keys between her fingers when she walks alone at night, she still becomes victimised despite her best efforts. In fact as in fiction, when bad things happen to women, unfortunately many reactions disproportionately focus on the actions or choices made by the victim; why would she walk alone at night in a dodgy area, why would she meet a stranger off the internet, why wouldn’t she carry a weapon, why, why, why. Alex Garland’s Men refreshingly and definitively pushes that focus back onto the perpetrators and enablers of violence and intimidation.

Men follows Harper (played by Ireland’s own Jessie Buckley), a woman struggling to cope with recent trauma involving her husband James (Paapa Essiedu). Harper has embarked on a rural retreat to a big old manor house seeking peace and quiet. She finds neither. From Jeffrey the bumbling landlord taking Harper on a tour of the house and warning her to “be careful what you flush”, to the creepy exhibitionist she encounters in the woods, through to a priest asking how she drove her husband to his actions, the film presents us with man after man mistreating Harper with little and big sleights until we’re as exhausted as she must be. While I understand that the film wants to be clear in its message, as someone who’s already experienced similar harassment and fear throughout my life, it took too long to get from point A to B and this slow burn approach unfortunately pulled me out of the story before we were even halfway through.

I did appreciate that Men gives us an imperfect victim without being judgmental of her reactions to ill-treatment. The film alternates between encouraging us to victim blame and then provoking us to examine that impulse and sit with it. Harper goes for a walk alone in the woods, and when she comes to a discontinued railway tunnel that she can’t see into, she walks into it rather than around. And then bumps into a naked man who starts to chase her. The film holds on Harper in the tunnel for a long time, letting seconds tick by as we wonder why she’s keeping herself in a vulnerable position. Later on, when Harper is being terrorised in the manor and a hand comes through the letterbox, she starts holding the hand and we wonder what the f she’s doing before being pulled out of that wonderment by something shocking. Men makes a habit of repeatedly pausing on moments which encourage us to become suspicious of Harper and then punctuating those moments to bring us back onside, a great way to get mileage out of the Final Girl trope in a film that only has one real character.

For me, Men focused so much on engaging intellectually that it completely missed me emotionally, and it takes so long to get where it’s going with the story that by the time it reached its prolonged climax I was disengaged. The film ties itself in knots trying to make its point in the cleverest way possible and that creates a distance that works against Men’s aim of bringing us along to unpack Harper’s trauma. Creative with its visuals, serves up body horror so visceral I’ve been struggling to shake it for days, strong performances from Jessie Buckley, Rory Kinnear and Paapa Essiedu, but left me a little cold. The biggest and sadly truest takeaway from Men is that you can try to run from toxic masculinity but it’ll find you wherever you go.

Where to watch Men