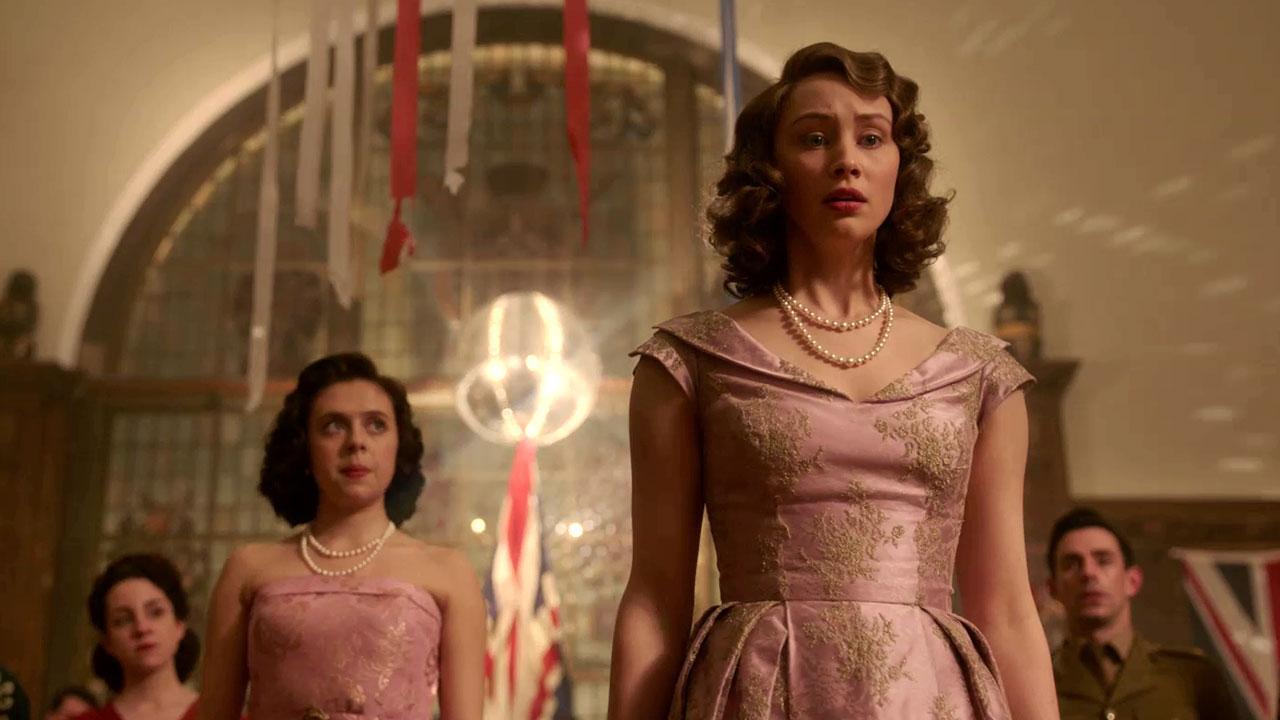 Ever since Ireland’s own 4 day bank holiday earlier in the year it’s been difficult to shake that feeling that life should just be this way all the time, and our friends across the Irish Sea get to experience that from today, as their aged leader grants them a fleeting sense of joy. Do not, Brits, become addicted to craic though. It will take hold of you, and you will resent its absence…it’s the Platinum Jubilee!

What better way to enjoy a long bank holiday than spreading out on the couch, sticking on the telly, popping the kettle on and watching a few movies? We’ve put together a few perfect picks for just such an occasion. It’s probably what the Queen herself would rather be doing for the next few days, but sadly for her she’s just too British to mitch off from the parades and parties. The British, as we all know, are just too polite and ever so mortified to break a commitment, unless it involves a treaty or protocol. So she can’t watch these fun and SEO-adjacent flicks, but the rest of us can, and let’s be honest, wouldn’t everyone here on this island rather be doing what the British Royals want anyway?

While for some naysayers, rumours of the Queen’s demise are greatly anticipated, there’s no place for jokes in poor taste about her current state during such a big weekend. Put those thoughts to one side and enjoy this delightful 80s comedy instead. If you haven’t seen it, it’s about hapless bureaucrats morbidly carting the corpse of a wealthy ne’er-do-well around to prolong their own holiday and hide away from the fallout of the crimes said ne’er-do-well went to considerable lengths to cover up!

if she were still alive

It has been said by philosophers and memes alike that we live in a society, an adage that Britain has impressively overcome by trying to collapse society at every turn. This might seem a negative, but it does ensure better protection for the people that matter – the people at the top.

One movie that understands this hierarchy properly is the appropriately titled Society. Directed by schlock pro Brian Yuzna, the movie follows teen Billy Whitney, who feels like he doesn’t belong in his wealthy, upper-class Beverly Hills family. His sense of alienation takes a sinister turn when he hears a recording of his sister’s coming-out party, which suggests his family and other wealthy friends are implicated in some kind of bizarre ritualistic orgy. Is Billy losing his mind, or are the upper crust a malicious alien cult that feed from those around them to protect and indulge their own avarice? Probably the first one, and even if it was the second one, consider how much they might do for tourism!

Lance Daly’s rip roaring rampage of revenge through the Irish Famine is a pretty tenuous link to the Jubilee Weekend, we know. But Her Majesty would be amused by its bleak and brutal action, right? She always seems to be having a good time at those military processions, so probably she would really enjoy whatever it is that Black 47 is about. Really any English viewer should have a look at this educational and engaging action adventure. Plus it stars Hugo Weaving, from The Adventures of Priscilla, Queen of the Desert! That’s good for this article’s SEO if nothing else, so no doubt the Queen herself would approve.

If you haven’t yet seen the epic Bollywood drama that’s broken records across India and won hearts across the world, you’re really missing out. The title stands for Rise, Roar, Revolt, but it could easily be a Royally Rousing Romp instead, dramatizing the actions of Indian revolutionaries Alluri Sitarama Raju and Komaram Bheem as they take on the British Raj in the 1920s. The Queen was born in the 1920s! See it all links together. RRR is the best action movie of the year so far, the best musical of the year, a rom-com, a historical drama, a heartwarming story of the power of friendship, it can truly do it all. Just like Lizzie, although her ability to do it all comes more from Diving Right than from the technical mastery of Bollywood blockbuster filmmaking.

Still, this weekend is a party isn’t it, and what better way to get into the spirit than with a film with such a fun and exciting atmosphere. What would the Queen make of scenes of Indian heroes seizing the British governor’s own guns and putting a bullet through his heart as his blood splatters on a flag that reads ‘The sun never sets on the British Empire’? I think she would think it was a cool action scene not everything has to be political you know.

There have been many dramatisations of the Queen’s reign over the years, each one more necessary and insightful than the last. Films like this offer a look behind the scenes at our superiors in a way that is historically accurate and only incidentally reputation laundering.

Pablo Lorrain’s depiction of Princess Diana’s Christmas in 1991 offers one such insight, and its cameo appearances from the Queen offer the kind of thrill that Marvel could only dream of.

Through the wide eyes of Kristen Stewart’s Diana, we see the Royals as they really are, feet up and hair down. Sure they might be repressed and socially incapable dry loners who joylessly trundle through pomp and circumstance because their obscene wealth and privilege isolates them so completely from normalcy that ceremony is the only thing tethering them clear from complete mental breakdown and that same outdated fealty to empty gesture is so deeply ingrained in them all that the slightest deviation from it breeds a confusion that, paired with their utter lack of commitment or indeed capacity to communicate with honesty or compassion, inevitably pickles into a resentment that dooms them and everyone around them and prompts cruel acts of passive aggression and ultimately, tunnel-based assassination wait sorry I’ve lost my trail of thought.