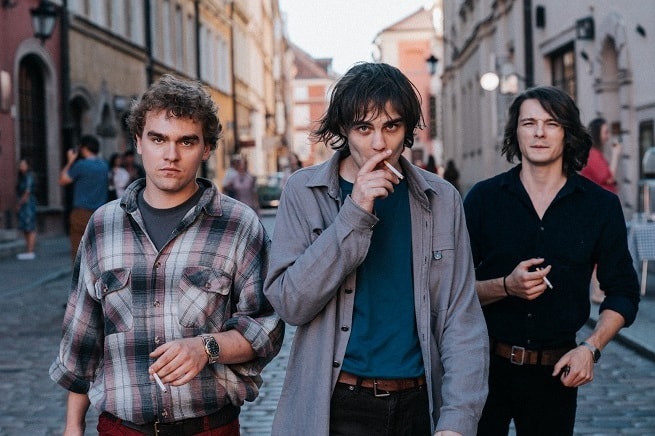 access>CINEMA is releasing Polish political thriller Leave No Traces in Irish cinemas from June 10th. The film, which was Poland’s submission for Best International Feature for this year’s Oscars, recounts a notorious chapter in modern Polish history.

Directed by Jan P. Matuszynski, Leave No Traces begins in May 1983. High school student Grzegorz Przemyk and his older friend Jurek are arrested without cause by the local militia. At the police station, the pair are brutally beaten. Soon after, Grzegorz dies from his injuries.

Jurek is the only witness to what happened, and his account of his friend’s death soon captures the attention of local and international media. However, the oppressive communist regime is intent on covering up what actually happened. The secret service, state media, courts and militia start doing everything in their power to discredit Jurek – including by putting intense pressure on the people closest to him.

The murder of Grzegorz Przemyk is one of the most infamous killings in Polish history. Based on those true events, Leave No Traces is a methodical study of corruption and injustice. Director Jan P. Matuszynski artfully tells the story from multiple perspectives – from the cynical lawmakers deciding to cover up the truth, to the innocent people whose lives are ruined by the authorities’ increasingly aggressive efforts to discredit Jurek.

The film stars Mateusz Górski as Grzegorz and Tomasz Ziętek as Jurek. It also boasts a powerful performance from Sandra Korzeniak as Grzegorz’s mother Barbara – a poet and activist who has had her own run-ins with the authoritarian regime.

Shot on 16mm film and boasting an ominous score by French-Lebanese composer Ibrahim Maalouf, Leave No Traces is a stark and vital look at a case of police brutality that’s still eerily relevant in 2022.

Described as “tense and riveting”, Leave No Traces has screened at festivals across Europe and now Polish and Irish viewers alike will get to see it here from June.

access>CINEMA is the resource organisation for regional cultural cinema exhibition in Ireland.

As part of access>CINEMA’s role to promote diversity in exhibition content, audience and location, we occasionally take on a distribution role on films that may not otherwise find an audience.

Currently access>CINEMA distributes 2-3 films a year with the support of the Creative Europe Programme – MEDIA.

Recent releases include Toni Erdmann, The Happiest Day in the Life of Olli Maki and On Body and Soul and now, Leave No Traces.