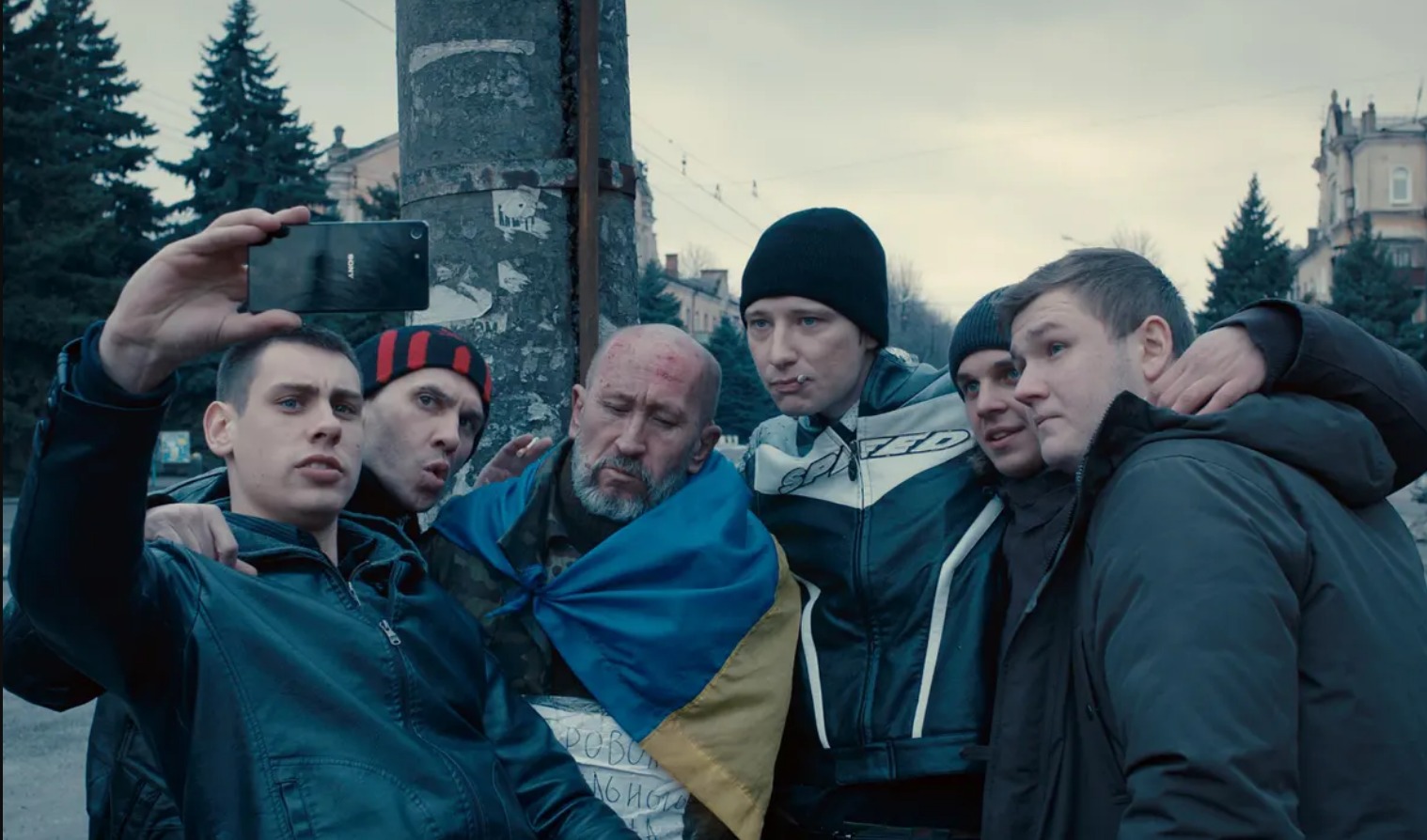 The final event in a fund-raising campaign for Irish filmmakers supporting their Ukrainian colleagues will be taking place on Monday 16th May. The Light House Cinema will be host to a screening of Donbass, Sergei Loznitsa’s all too real award winning feature. A raffle and reception will also be taking place as part of the efforts to raise funds for Docu Days UA and the ICFR.

A group of Irish independent film-makers, (‘Filmmakers supporting filmmakers’) have raised just under €9000 so far to support their colleagues affected by the war in Ukraine. They are screening Sergei Loisnitza’s Cannes-Award winning feature Donbass on Monday May 16th in the Light House, with the support of by Eureka Films and Element. A short animation Kohanni by Mykyta Lyskov will proceed the main screening also.

The screening will be followed by a raffle of film memorabilia and a reception which will be the first time many of those who have supported the campaign will get to meet in person An unanticipated, very welcome outcome of the campaign has been that several Ukrainian film-makers now in Ireland will be present at that event so it will be an opportunity to welcome them to the country and to the film-making community.

This campaign has attracted support from all elements of the Irish Film & TV industry; from individual crew members, well-known producers, industry representative bodies (SDGI, SPI, and WFT have all contributed) and international sales agents, as well as members of the general public via raffles and auctions of items donated by producers and individuals. All funds raised will be sent via SDGI to Docudays UA  and the ICFR.  Docuday’s funds will go to support Ukrainian filmmakers documenting the war and the ICFR Ukraine Appeal will cover relocation expenses for those who need to flee from Ukraine and also Russia.

The group of filmmakers came together when writer-director Órla Murphy responded to a post from fellow writer-director Brian Deane, then contacted colleagues, including the well-known documentary producer Brendan Culleton, (Akajava films) and directors Irina Maldea and Róisín Kearney. The group came together to found ‘Irish filmmakers supporting filmmakers’ with the mission of raising funds and awareness to support international colleagues in need.

‘It’s been heart-warming to see how many people want to express solidarity and we are very conscious of getting those funds directly to those in need via SDGI to Docudays UA and the ICFR Ukraine appeal as soon as possible.’

Interconnected stories paint a picture of the reality Ukrainians have been going through for years in Donbass. The 2018 film looks at this region of Eastern Ukraine where a hybrid war takes place, involving an open armed conflict alongside killings and robberies on a mass scale perpetrated by separatist gangs. In the Donbass, war is called peace, propaganda is uttered as truth and hatred is declared to be love. A journey through the Donbass unfolds as a chain of curious adventures, where the grotesque and drama are as intertwined as life and death.

Tickets for this event are €15 and are available to book now from the Light House, while the group’s ongoing gofundme fundraiser is available here.

Where to watch Donbass