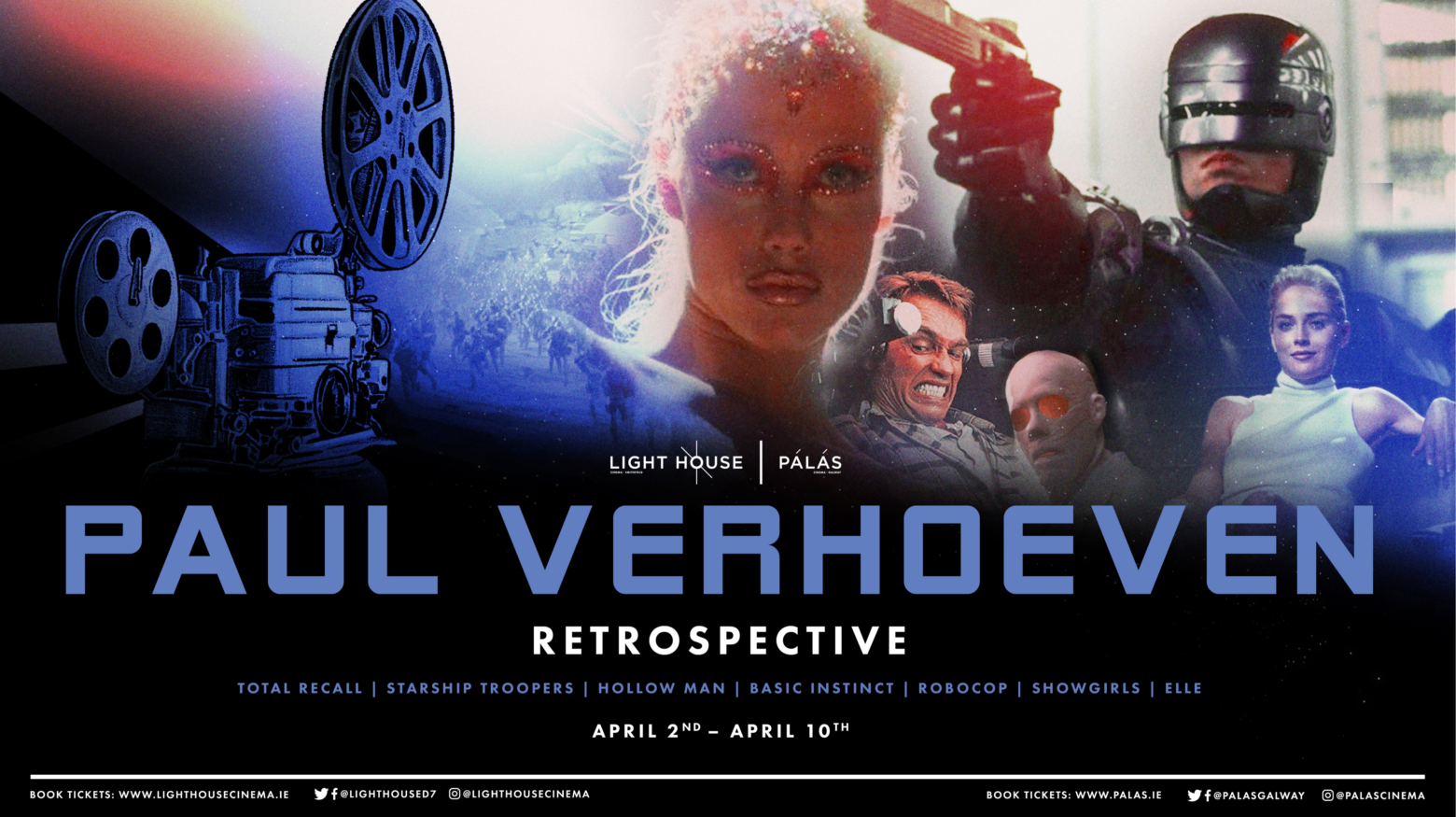 The latest film by cinema’s grandfathocateur Paul Verhoeven Benedetta will be arriving in Irish cinemas just in time for the Easter weekend, with an release on 15th April. In anticipation of the exciting and enlightening release, which tells the story of a 17th century nun, her rise to power and her romance with a fellow nun, the Light House Cinema will be screening a retrospective of Verhoeven’s work throughout the month of April.

From box office hits like Robocop and Total Recall, midnight movie faves like Showgirls and international indie darlings like Elle, the Dutch filmmaker has had a long and varied career. And while he doesn’t always leave his audiences happy, he certainly always rattles their heads and can never be accused of not giving a viewer their money’s worth. Next month, the Smithfield cinema (and Pálás in Galway), have a season of 7 of Verhoeven’s films, from 2nd – 10th April.

It promises to be a raucous and intriguing collection of films, and a fine way to precede the release of Benedetta, already a highlight this year at the Dublin International Film Festival. You can check out the full list of films showing at the Light House’s Paul Verhoeven Retrospective below and tickets are available now.