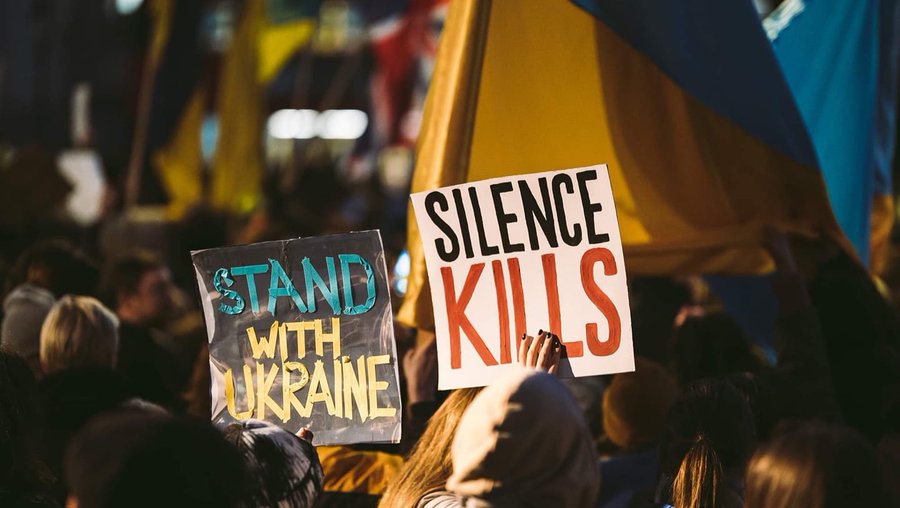 Irish filmmakers are currently raising funds for two organisations working on the frontline in Ukraine. A group of Irish-based filmmakers are appealing for donations with all funds collected going to Docudays UA and the International Coalition for Filmmakers at Risk.

The collective of filmmakers are hosting a gofundme in support of these orgs in Ukraine, to assist locals staying to document the war, as well as helping those fleeing from the invasion.

DOCUDAYS UA –”Docudays UA and NGO Docudays team are raising money for Ukrainian filmmakers who are now bravely and daringly documenting the events of the war in Ukraine: recording war crimes, filming footage for the international media and for their future films which will later tell the world a more in-depth story of the situation in our country.” (https://docudays.ua/eng/)

IHCR –”Emergency Fund for Filmmakers” is a fund set up by the ICFR for film practitioners directly in danger due to the ongoing war in Ukraine. The fund aims to help filmmakers with small grants to cover temporary relocation expenses legal and administrative fees (visas etc.) required during the current situation. The ICFR is run by the EFA, IDFA and IFFR. (https://www.icfr.international/news/emergency-fund-for-filmmakers/)

We are a group of Irish writers, directors and producers who have watched these past week’s events unfold with horror. We believe it is our moral imperative to support our fellow film-makers, who are doing the essential job of witnessing history on all of our behalf.  And we know they need help fast. We are calling on the Irish Film & TV Industry to help us support the filmmaking community directly affected by the war in Ukraine. We are looking to support those staying to document the war as well as helping those fleeing the conflict.

Their short-term fund-raising appeal will run on gofundme until 31st March. The group have one confirmed event also to be run by Órla Murphy on 20th March at the Dublin Flea in the Digital Hub. This Fashion & Film Memorabilia sale will raise funds for the same orgs, with donations open now for high-end designer clothes and movie memorabilia for a one-off stall at the re-opened market that day. See collection info below.

This fundraising event was made possible by the support of the Screen Directors Guild of Ireland.

Brian Deane is an Irish writer, producer, director, and founder of TW films with close links to the Ukrainian conflict.

Órla Murphy is an award-winning writer-director with a passion for social justice who has made drama and documentary and for film, theatre and radio over the past 15 years.

Róisín Kearney is a freelance writer/director who has worked in film TV and theatre for over 20 years.

Brendan Culleton is a filmmaker and teacher at the National Film School who has been making documentaries and dramas for 20 years for Irish and international audiences.

Irina Maldea started her career in the national film studios in Romania and is now based in Ireland, where she directs award-winning documentaries for broadcast and theatrical distribution.