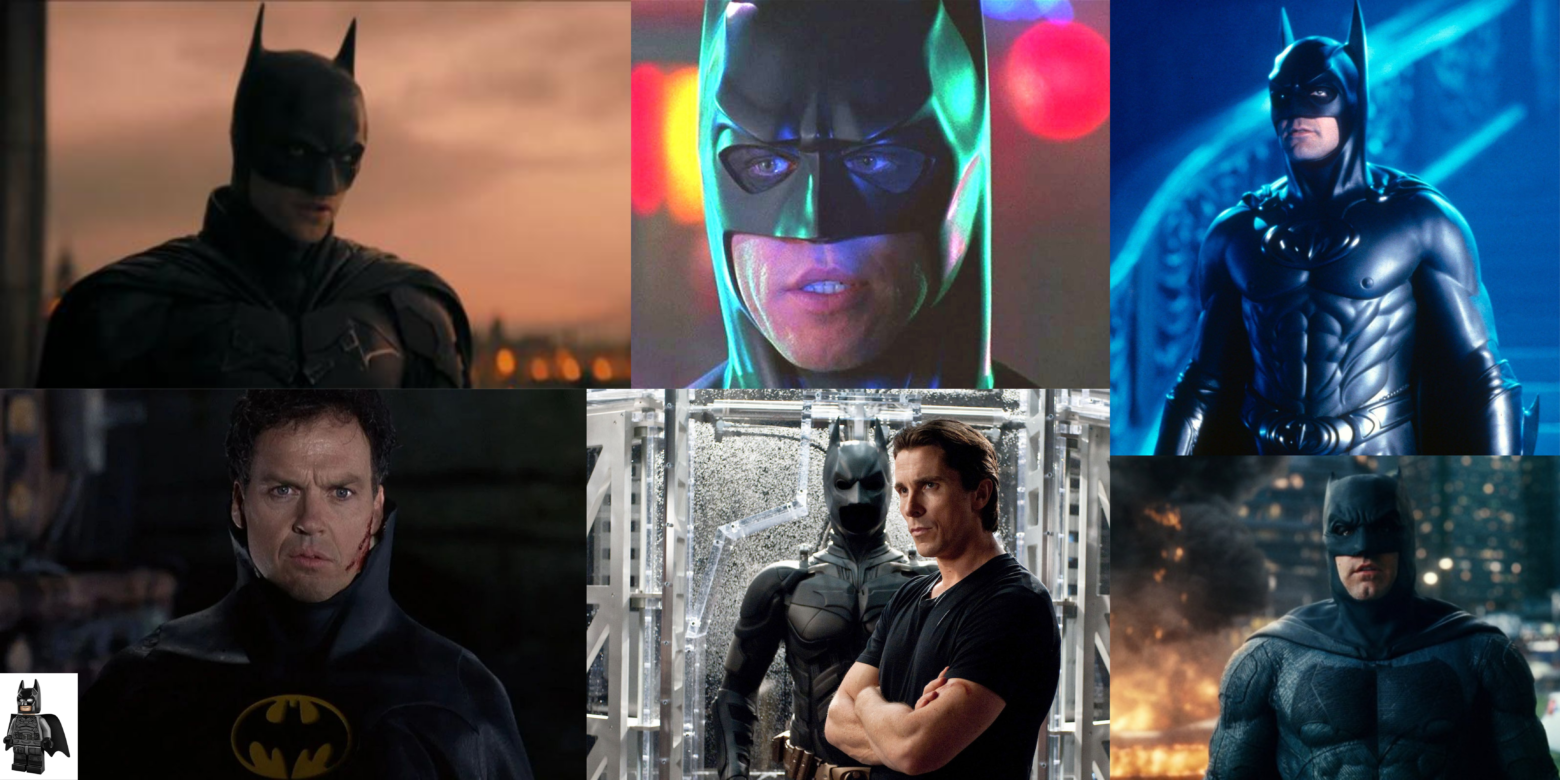 Miserable, villainous pedantry, obsessed with their own cleverness and fixated on questions that usually appeal more to children – no we’re not talking about the Riddler, but the degenerates of Reddit and Twitter, who find themselves rebooting the exact same thought exercise every three months on average, like a Warner Bros. executive who needs an extension on their other house.

“Why,” they ask out of genuine curiosity and in no way whatsoever to do with making the app numbers go up, “does Batman not spend his billions on improving the infrastructure of Gotham City, instead of ninja stars?” They are brave truth sayers, exposing Bruce Wayne for his inadequate social responsibility. “If Bruce Wayne really wanted to make Gotham better, why does he not simply invest his money in mental health supports that will stop Poison Ivy from covering the city in a giant man-eating flower?” they ask, their big brains ever expanding. Every Twitter gremlin and Reddit goblin seeks the fleeting dopamine high of pretending they are the first person to raise this bon mot to the Batman. “Y Batman not pay make crime gone?” It’s a take so cold, even Mr Freeze would be like “ah now pal, give it a rest, that’s not cool”. And the emergence of a new Batman film with a new actor every other year only makes the conversation more likely to crop up again and again. And again.

Part of what is so annoying about this thought exercise, is that it is so close to tackling a genuinely important issue, and yet ultimately so far away. Cities are a magnet for activity, a human-generated ecosystem which quickly develop economic and therefore sociological imbalance as they grow. Different worlds collide mid-air hourly, and the downtrodden never know when hell will swoop over their lives from above. As the desperate turn to violence, chaos reigns supreme. A city besieged cries out; first for protection. Then, for vengeance. I think you know what I’m talking about. Dublin, overrun by angry seagulls.

Dublin’s seagulls are more terrifying than any member of the Caped Crusader’s rogue’s gallery, but you won’t have A-list actors losing sleep trying to get into their mindsets. Bigger than a freshly-gassed Bane, more unpredictable than the Joker and messier than Clayface after a rake of pints, the Dublin seagull is a seemingly unstoppable terror. Who can save our chips from these criminals? Who will be the hero we deserve?

Searching for the answers, Film In Dublin has compiled the definitive ranking of every movie Batman, in order of how they would deal with these squawking sinners. And yes, you could just ask why these various billionaires couldn’t just use their immense resources rather than their bat-themed paraphernalia to deal with the aggravated assault, public nuisance, theft, noise pollution and shit pollution that plagues our city thanks to this vile element. But really, doesn’t wasting resources on his personal agenda while his city continues to decay make Bruce Wayne the perfect candidate for becoming a public official in Dublin? He could be the next Owen Keegan.

The question of who among Bale, Keaton and co would best sort out these birds is more timely than ever, with The Batman in Irish cinemas from Friday, and with the seagulls calling out the superhero via bat and hashtag shaped leavings splattered all over town’s pavement, a Bat Sigull if you will. At least we assume that’s what’s happening.

So from bottom to top, here are the definitive rankings of the Bats of the big screen. Again, specifically in relation to this particular qualifying factor.

Would get pecked to bits right out of the gate.

Don’t take Patts’ position here the wrong way – this is not a comment on the quality of his take on DC’s great detective at all. It’s just that Pattinson’s brooding Bruce, all-simmering rage, would only play right into the seagulls hands. With the impotent anger of a younger man and the wiry energy of the modern character actor, Pattinson would quickly snap, brutalising one of the birds in a beatdown that, while it may only leave your average Gotham criminal unable to walk every again, would almost certainly kill his target here. And as Pattinson knows, it be bad luck to kill a seabird. Igniting the fury of a thousand reincarnated sailors upon the city, Pattinson’s Batman would ultimately only make things worse. Vengeance only begets more vengeance.

Affleck’s hulking, Frank Miller inspired ubermensch frame as Wayne would simply be ill-equipped to deal with the threat of seagulls, who would rope the dope quite easily with swooping attacks from above. If you have seen Batman V Superman: Dawn of Justice, you’ll be aware that his Batman had a doomed vision of a post-apocalyptic world regularly ravaged by flying demons. He didn’t deal with it very well. Next!

This is mostly a matter of optics, as the debonair Clooney would never be reduced to the spluttering savagery of the previous entrants on this list. While cold-blooded violence wasn’t really the vibe for the Batman of Batman & Robin, Clooney’s take on the character would vow to deal with our seagull problem after a typical lunchtime attack caused him to spill his KeepCup full of Nespresso (what else?) all over Crime Alley. Wayne Enterprises would host many a charity gala in Dublin’s hundreds of hotels to raise funds for the Anti-Seagull task force, but ultimately his Bat Credit Card would be maxed out with the issue still unresolved. Years later, Clooney would openly cringe at his failed endeavour, even though it was mostly harmless.

At first glance, the Iceman’s sleepier interpretation of the iconic character, more preoccupied with getting the shift off Nicole Kidman than of fighting crime, seems ill-equipped for this fight. But Val has an ace up his sleeve. Batman, as all true fans know, has mastered the art of deception. That includes not only his standard secret identity, but his minor ninja skills, and occasional disguise of low-life crook ‘Matches Malone’. The Bat has an eye for the theatrical is the thing, which is why Val Kilmer’s version could very easily don a big white wig and launch into Val Kilmer’s one-man play Citizen Twain, based on the life of the thespian’s great hero Mark Twain. Confusing the seagulls with his very specific craft would help Val hold his own for at least a few rounds, until his foes rallied and pecked his eyes out at least.

The next time a seagull is making a move on your hard-earned McFlurry, causing a big embarrassing splat in the middle of Stephen’s Green, try letting out a guttural “WHERE IS SHE? WHERE’S RACCCHHHELLLL?” at them to assert your dominance and scare them off. What you lose in vocal chords, you gain in momentary peace. That’s just one part of the plan however.

Bale Bat would develop a needlessly elaborate gull-tracking system in order to monitor every single seagull in the county, while Bruce Wayne would smugly sign off on an energy deal using the sonic energy from seagulls’ high volume screeches to power the city’s electricity, which sounds scientific and is therefore probably true. “This could be disastrous if it fell into the wrong hands”, Morgan Freeman would say, still developing the technology anyway. Thrilled at this tech sector friendly, private security unfriendly solution from somebody with a lot of money, the Irish government promptly appoints this Bruce Wayne as Junior Minister to the Environment, at which point the technology falls into the wrong hands, as Eamon Ryan immediately pushes the big red button that sets the seagulls to ‘NUCLEAR MODE’. Michael Caine does a little cry. Progress is made, but at what cost?

The seagull is a formidable foe. But it has never danced with the devil in the pale moonlight. This city needs someone who’s going to get nuts to protect it, and Keaton is absolutely the man for the job. He’s the one most willing to take to the skies and tackle the problem head on. He’s the only one with the know-how to uncover the birds’ ultimate plot. Defusing the bombs strapped to the cities’ gulls, he’ll make his way down into their lair under the city, where he’ll confront their leader: the lad who looks like Danny DeVito. You know the one. He’ll overcome them once and for all, and the gulls will mournfully carry your man into the Grand Canal, before vanishing from the city forever. Michelle Pfeiffer may turn up at one point to stuff an entire live seagull into her mouth. You won’t know how to feel about it. For a derange enemy, you need a deranged energy. Is that not the whole point of becoming a bat to fight crime to begin with? It’s weird, dark, unsanitised, outside the box, it’s exactly the solution we need. That’s why Keaton is the best.

Where to watch Batman Returns