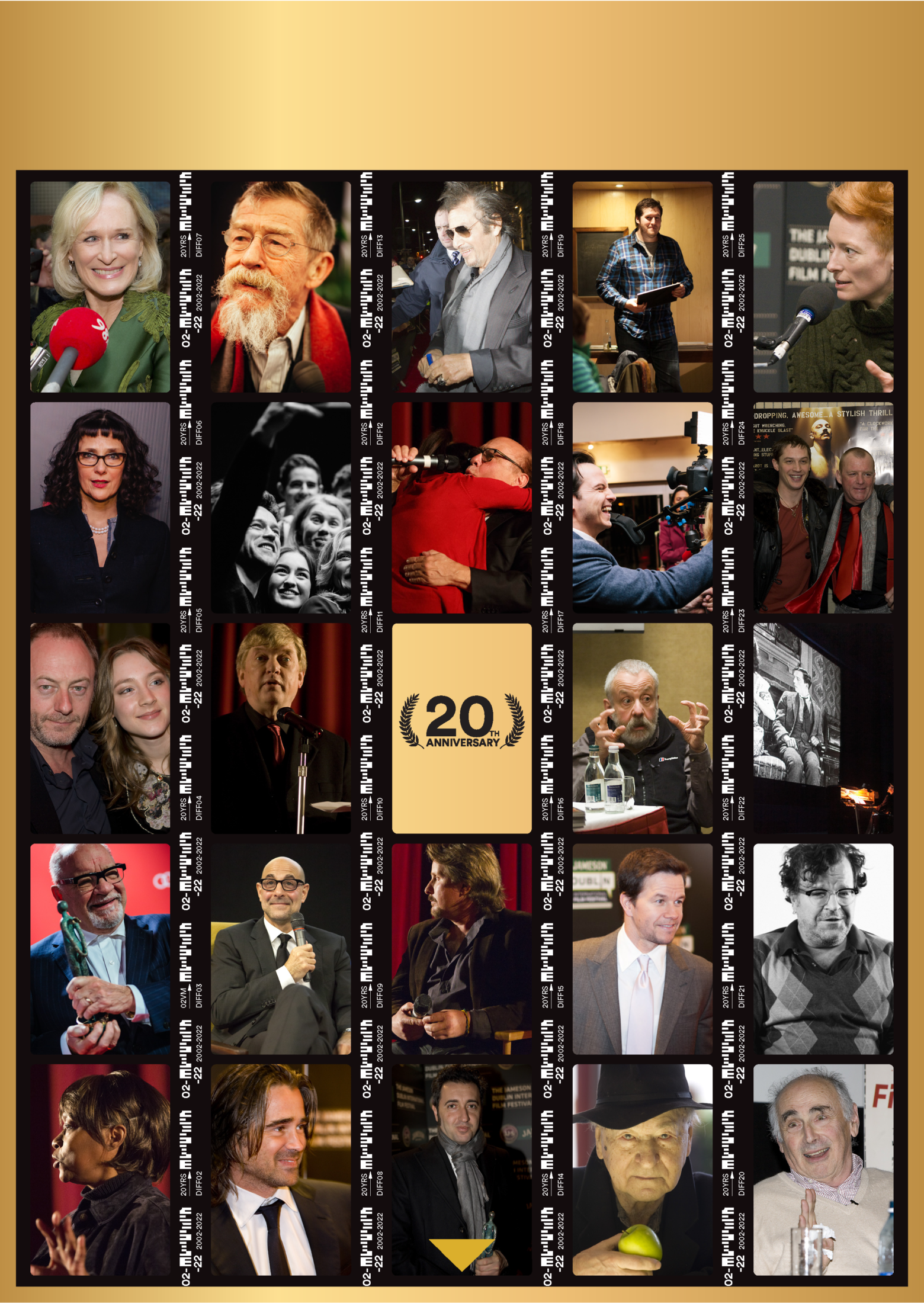 As the Dublin International Film Festival continues to celebrate its anniversary edition, new announcements were made this afternoon for this year’s festival including virtual guests Andrew Scott and Susanne Bier and a series of industry events.

VMDIFF22 will include an online conversation with award winning actor and Festival regular Andrew Scott; as well as an online industry masterclass with the acclaimed Danish director Susanne Bier (In A Better World, Bird Box, The Night Manager), the first female director to win a Golden Globe, a Primetime Emmy and a European Film Award.

A regular visitor to the Festival, attending screenings of his films from Anton Chekov’s The Duel, through to The Stag and Handsome Devil, Andrew Scott will be joining Festival Director Gráinne Humphreys in an online conversation on his stellar career and to celebrate the Festival 20th Anniversary. Also for the anniversary, journalist Tara Brady has written an oral history of the festival with memories of participants and audience members, a look back on some hilarious and heart-warming highlights of the Festival over its 20 year history.

Ireland’s own director Neasa Hardiman meanwhile will be host to an online directing masterclass with Susanne Bier, which looks set to explore the award-winner’s emotive and explosive storytelling formula.

As part of the always popular industry events, this year the casting event will see top Casting Directors Maureen Hughes, Shakyra Dowling, Susan Shopmaker, Barry Coyle, and Manuel Puro participate in a live online panel discussion on how they navigate the industry in a post covid world, casting your favourite films and how to spot a star.

Raising Films Ireland, supporting and advocating for the rights of parents and carers in the screen industries, will launch the ground-breaking results of its first report at Virgin Media Dublin International Film Festival. The Pursuit Of Change surveyed over 450 professionals and it reveals the shocking extent to which a ‘lost generation’ has been forced to choose between a career and home life because of a lack of flexibility and prejudice. The research team which was led by Raising Films Ireland Board member, Dr Susan Liddy (MIC, University of Limerick) included Dr Anne O Brien, (Maynooth University) and Fergal Rhatigan (Maynooth University). The panel on the day will include Anna Rogers (director/producer), Lenny Abrahamson (director), Jody O’Neill (playwright), Macdara Kelleher (producer).

Continuing the Festival’s local community outreach, the Screen 8 programme this year has been extended to the older people in the community of Dublin 8 who, with the guidance of filmmaker Paul Farren created their own short film which will be premiered at the Virgin Media Dublin International Film Festival on February 25th. In addition, the Older Film Critics initiative, facilitated by journalist Esther McCarthy, will create an informal education space for more mature people to engage with international and older-authored/classic and independent cinema. Participants from both initiatives will be joined by representatives from Public Health for an Older People On Screen Panel discussion on the importance of representation on screen, and the positive mental and physical effects of cultural engagement.

This year the Festival will present a small selection of films with HOH subtitles, or ‘closed captioning’, this additional capacity is to ensure the widest possible audience can participate in the Festival. HOH subtitles refers to subtitles specifically intended for people who are Deaf or hard of hearing. These subtitles are shown on-screen in specially advertised screenings. The selection of films are: Róise & Frank, Nitram, Worst Person in the World, Bergman Island and My Old School (second screening). The expansion of such initiatives at DIFF and beyond would be very welcome to ensure more film fans can engage with great independent and international cinema.

The Virgin Media Dublin International Film Festival and NCAD have collaborated over the last few years on an exhibition of bespoke posters for films screening in the Festival,  NCAD Poster Exhibition. The highly imaginative, original approach to the film posters showcases the breadth and variety of the Festival, and also the Irish and international nature of the programme. This year the exhibition will be on display at The Light House Cinema from 21st February for the duration of the Festival.

With tickets selling out fast and the festival getting closer, stay tuned to Film In Dublin for more on VMDIFF22.

Where to watch In A Better World