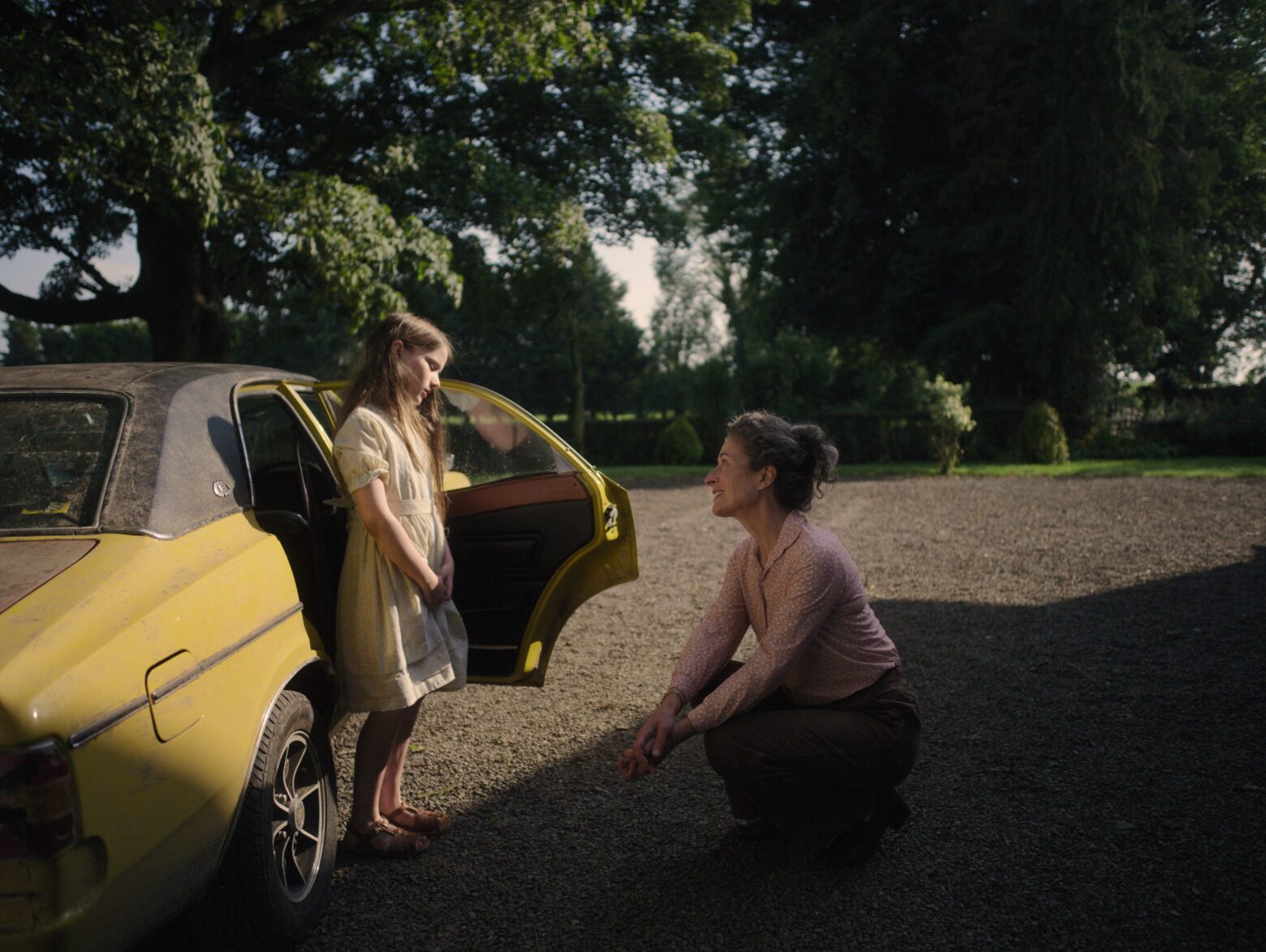 The countdown is on to the full reveal of this year’s Dublin International Film Festival programme and as info starts dripping in, the Opening Gala of the biggest festival in the fair city of film has been revealed.

This year a film as Gaeilge will be opening DIFF, as Colm Bairead’s coming of age drama An Cailín Ciúin is set to be the 2022 festival opener. This February 23rd, the film will mark the festival’s return to live screens. It’s one of a number of eagerly anticipated Irish films now confirmed for this year’s lineup, with more being announced today in advance of the full set of events from Feb 23 – Mar 6.

Virgin Media Dublin International Film Festival Director Gráinne Humphreys today revealed an historic first for the festival with An Cailín Ciúin to open the 20th anniversary edition of the Festival. The complex and delicate coming-of-age drama explores questions of family, neglect and loss through the eyes of its young protagonist.

In addition the Festival announced the world premieres of the 2021 Arts Council funded films The Cry of Granuaile (Authored Works) and The Ghosts of Baggotonia, How to Tell a Secret and North Circular (Reel Art). In celebration of this milestone year afficionados will be treated to a short season of 20th Anniversary Screenings of four past Audience Award films: Broken Song (2013), Waveriders (2008), The Raid (2011) and Anvil (2009).

‘Our Opening Night is the glorious An Cailín Ciúin one of the finest films of recent memory and a dazzling new talent in writer-director Colm Bairead. This superb adaptation of Claire Keegan’s Foster is a spellbinding portrait of an Irish childhood, luminous photography and impeccable cast led by newcomer Catherin Clinche in the title role’

An Cailín Ciúin (The Quiet Girl) is the feature debut from writer/director, Colm Bairéad. Based on the acclaimed story, Foster by Claire Keegan it will screen in Dublin fresh from its World Premiere at Berlin Film Festival. Set in 1981 in rural Ireland, it tells the story of a quiet, neglected girl sent away from her overcrowded, dysfunctional family to live with foster parents for the summer. She blossoms in their care, but in this house where there are meant to be no secrets, she discovers one painful truth.

‘We are truly honoured that An Cailín Ciúin has been selected as the opening film of this year’s Virgin Media Dublin International Film Festival. The thought of launching what’s sure to be an extra special in-person Virgin Media DIFF with the Irish premiere of our film is a real joy for us. The last few years have been an exciting time for Irish language film-making and we’re humbled that the festival is giving a platform yet again to this new and exciting wave of Irish cinema’

Donal Foreman’s much anticipated feature The Cry of Granuaile is an Arts Council Authored Works film. It will have its world premiere at the IFI during the Festival. An American filmmaker, reeling from the death of her mother, enlists the help of a young Irish academic on a trip to the west of Ireland to research a film about Granuaile, the legendary 16th century pirate queen and “nurse to all rebellions.” As the two women journey towards a remote Atlantic island, lines begin to blur between memory and history, dream and reality.

Three supremely accomplished Reel Art documentaries will receive their world premieres at Virgin Media Dublin International Film Festival. An initiative by the Arts Council, in association with the Irish Film Institute and the Festival, the Reel Art funding programme was designed to make highly creative, imaginative and experimental documentaries on an artistic theme.

Alan Gilsenan’s Ghosts of Baggotonia is an evocative film-poem exploring the literary and other ghosts of the bohemian quarter bordering Dublin’s Baggot Street during the mid-20th century. “Baggotonia” was both an area and a cultural movement, populated by writers, artists and other intellectuals living an anarchic life at odds with the conservative mores of the time. Inspired by photographs from artist Nevill Johnson, it draws on the writings of Kavanagh and Beckett among others.

Part documentary, part theatre, Anna Rodgers and Shaun Dunne’s How to Tell a Secret is an intimate exploration of HIV disclosure in Ireland. A portrait of a community at a pivotal point of change, the film examines the relationship between advocacy and art, stigma and secrecy.

Luke McManus’s North Circular travels the length of the eponymous road exploring the history, music and streetscapes of this legendary artery that links some of Dublin’s most beloved and infamous places. From the Phoenix Park to Dublin Port this documentary evokes many narratives from the history of the nation to the urgent issues of today including the battle to save the legendary Cobblestone Pub. This magical journey is enriched with musical performances from local artists including John Francis Flynn, Séan Ó Túama, Eoghan O’Ceannabháin, Ian Lynch & Gemma Dunleavy.

In celebration of this landmark year and to recognise the wonderful films screened over the past two decades Humphreys has curated 20th Anniversary Festival Screenings, a short season of four films which won the annual Audience Award as voted on by festival audience members.

‘It’s always a hugely competitive element of the festival and much coveted by filmmakers both Irish and international. There is a definite bias towards documentaries but every year brings a new set of films looking for this public endorsement. We will screen two wonderful Irish films opening with the IFTA winner Broken Song and closing with the epic Waveriders.  Rounding out the short season are The Raid, the only film in festival history to receive two standing ovations while screening and Anvil whose festival screening in 2009 was followed by a performance that blew the sound system in Cineworld.’

All Festival screenings and events will adhere to government guidelines and Covid safety regulations.

Stay tuned for more info on this special anniversary of the Dublin International Film Festival.