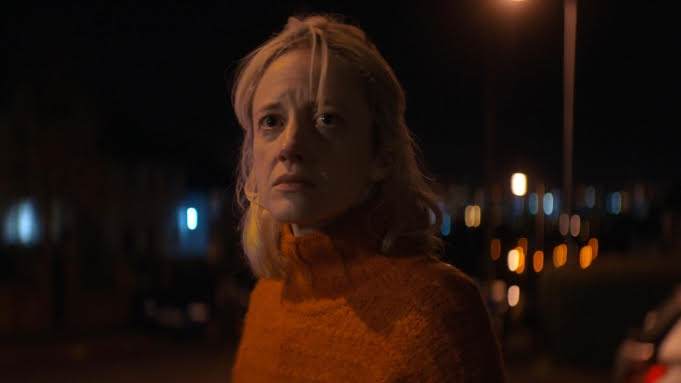 Upcoming Northern Irish psychological thriller Here Before to be released in cinemas across Ireland and the UK from 18th February.

Irish company Wildcard Distribution has acquired the Belfast-set psychological thriller, with a cinema release scheduled in Ireland and the UK next month.

When a new family moves in next door to Laura (Riseborough) and her family, their young daughter, Megan (Dornan), quickly captivates her, stirring up painful memories of her own daughter, Josie, who died several years previously. Before long, Laura’s memories turn to obsession as Megan’s unsettling behaviour begins to convince her of something supernatural. As Laura’s determination to get to the bottom of it becomes all consuming, her family begins to fracture and the line between the extraordinary and the real becomes ever more obscured in this haunting story about a mother’s love.

Here Before was produced by Julia Godzinskaya and Sophie Vickers for Rooks Nest and co-produced by Chris Martin.  The film is financed by BBC Film, Pia Pressure and Northern Ireland Screen.

Having written for RTÉ drama Raw and Channel 4’s Coming Up, Stacey Gregg is making her debut in film with this feature. Stacey Gregg’s plays include When Cows Go Boom (part of the Abbey Theatre’s 20: Love series of public readings, 2008); Perve (Abbey Theatre, 2011); Lagan (Ovalhouse, 2011); I’m Spilling My Heart Out Here (NT Connections, 2013) and Override (Watford Palace Theatre, 2013). Her first play Ismene was shortlisted for the Royal Court Young Writers’ Festival. She was subsequently on attachment at RADA, and commissioned through Rough Magic’s SEEDS programme to develop Grand Tour.

Keep an eye out for more on Here Before ahead of its release this February.