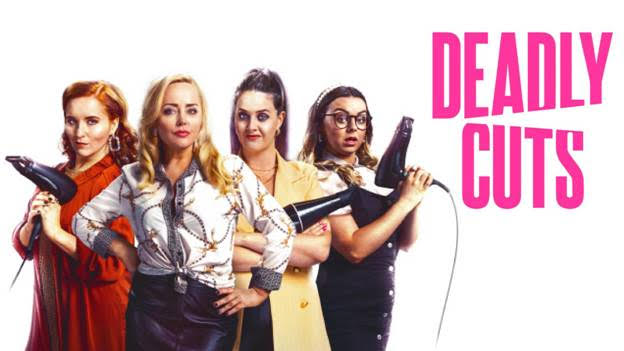 After being a hit with Irish audiences in cinemas at the split end of last year, Irish comedy Deadly Cuts is now having success streaming. Rachel Carey’s salon screamer is one of the most popular titles currently on Netflix Ireland and is now set for release in Australia, South Africa, the US and Spain.

The Dublin-set hairdressing comedy is now the No.1 movie on Netflix Ireland.  The feature debut from writer/director Rachel Carey also ranks in the overall Top 3 picks in Ireland on the streaming platform.

The news comes as Myriad Pictures announced yesterday that it has licensed the comedy to Level 33 Entertainment for distribution in North America.  The company will release the film on March 17th, 2022, to coincide with St. Patrick’s Day.

Following its theatrical release in Ireland and the UK on October 8th last year, the film ranked in third place on its opening weekend behind No Time To Die and The Addams Family 2. The comedy was the most successful Irish film of 2021 and was the highest-grossing film by an Irish female director in 20 years. The film also opened in the top ten at the UK / Ireland box office.

the gags [are] hitting hard and often, sending up north and southsiders with equal precision and affection, the violence providing a madcap element that actually works.

Where to watch Deadly Cuts