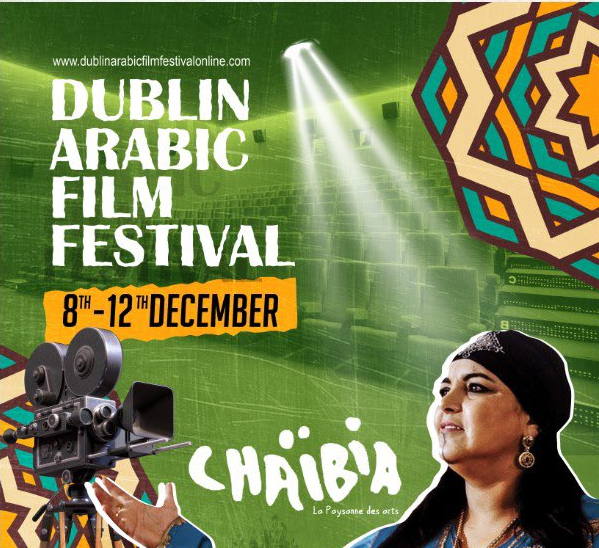 Now in its eighth year, the Dublin Arabic Film Festival is still going strong and will be available for you to get involved with at home from the 8th – 12th December.

Since 2014, the Arabic Film Festival was set up by Zahara Moufid and Jim Sheridan to help provide Irish audiences with the opportunity to enjoy some of the best new and classic Arab films ever made. As with last year, this year’s festival will be delivered entirely online, with six feature length and eight short Arab films shown on dublinarabicfilmfestivalonline.com, once again curated by Sheridan and Moufid.

Films from Morocco, Palestine and Egypt will provide a sweeping view of the region and a variety of cultures as part of this year’s festival. This includes a free screening of Chaïbia, which tells the story of famous Moroccan artist Chaïbia Talal. Closer to home, the selection will include Moufid’s own Shelter Me, documenting the commandeering of Apollo House in 2016 by housing activists and trade unionists. Proceeds for this screening will be going to Focus Ireland as part of their Christmas Appeal. The festiva’s short film strand will include 8 films from up-and-coming filmmakers with Arabic backgrounds.

You can check out the full list of films showing at the Dublin Arabic Film Festival 2021 HERE ahead of it kicking off on Wednesday.