An alien parasite possesses humans and goes on killing people violently. FBI agent Lloyd Gallagher is on the case as Hollywood Babylon returns to the big screen in Smithfield this Saturday.

Hollywood Babylon are some of the biggest supporters of the strange and unusual in the fair city of film, having brought cult hits, classic chaos and plenty of Midnight Movie madness to the Light House Cinema over the years.

This Saturday 25h September they’ll be back for live cinema, the first in a new series of programming that starts with with sci-fi horror The Hidden.

Something strange starts happening to some ordinary people in this 1987 sci-fi flick. People appear to be turning into homicidal killers at random, much to the bafflement of LA detective Thomas Beck (Michael Nouri). He pairs up with the strange FBI guy (Kyle MacLachlan in familiar territory) and learns the threat is much bigger than he imagines, intergalactic even…

The Hidden is of a piece with the flicks found at #BeyondFriday, the Twitter club of the bold, bizarre and brilliantly bloody Midnight Movies. If you’re a fan, this Saturday Hollywood Babylon and the Light House have the perfect film for you.

It’s the beginning of a celebration of 10 years of screenings for Hollywood Babylon, who have programming right through to next summer of late night loveliness every month. See cult hits like Chopping Mall, Phantom of the Paradise and more through their ‘How Have We Not Screened That Yet?’ Season. From Michael Mann’s take on Hannibal Lector in Manhunter, a loving tribute to the dearly departed Charles Grodin in his classic Clifford an anniversary screening of action madness The Last Boy Scout and more, there’s plenty packed into this anniversary programming. 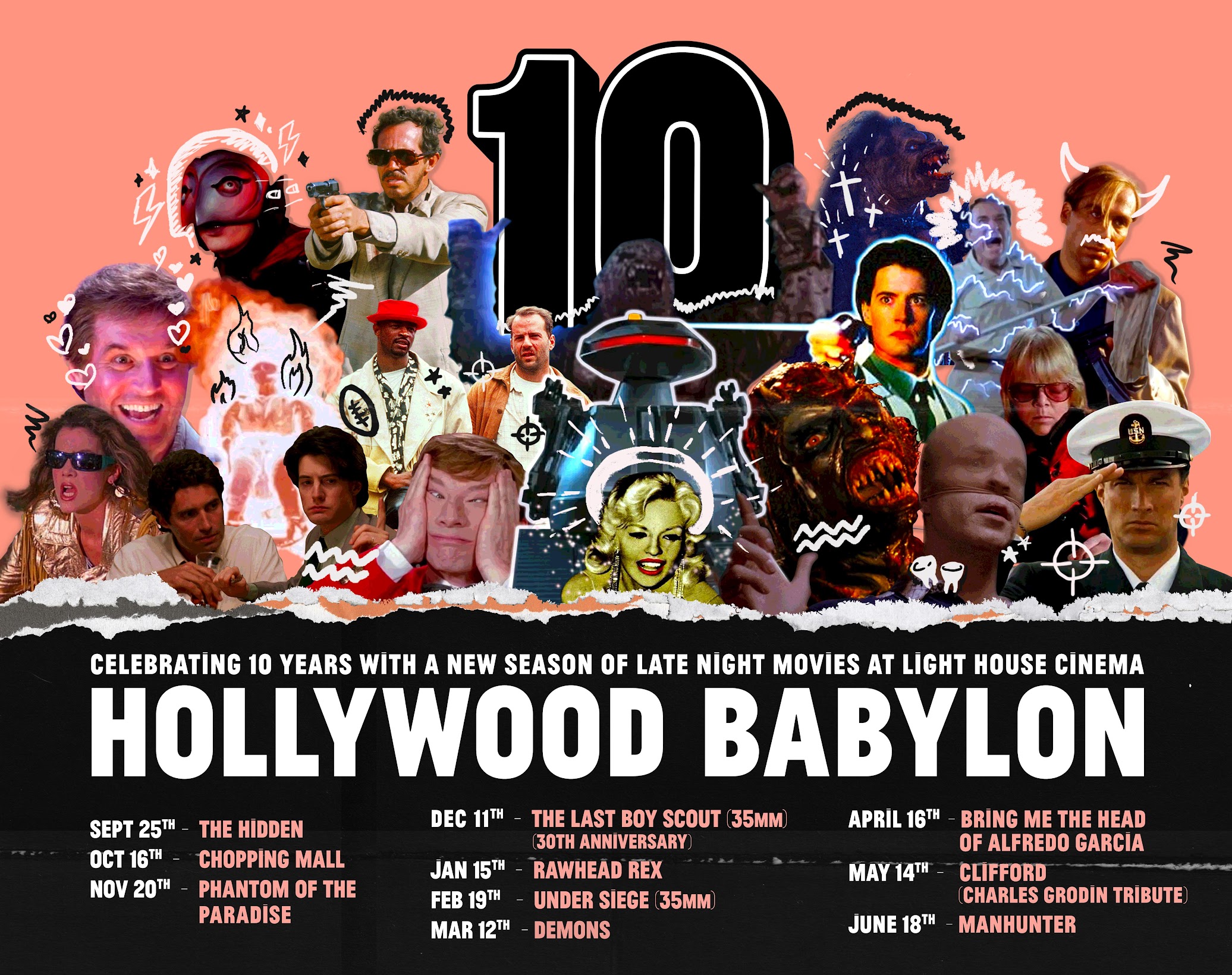 Over the coming months you can check out the following classics with Hollywood Babylon: