The Irish Film Institute’s online Archive Player is a key resource in their efforts to preserve and celebrate the history and variety of Irish film. Newly revamped, the IFI Archive Player has a fantastic collection of bits, bobs and brilliance, including the launch yesterday of the F-Rated Collection, a curated selection of short films by Irish women.

Forty years of F-Rated films are available through the selection, going back to 1980 and showcasing the history of varied filmmaking across Ireland. The ‘F-Rating’ marks films written and/or directed by women, and has been used previously by the IFI to ensure a dedicated attention to female filmmaking in their programming.

36 filmmakers are included in this curated selection. F-Rated: Short Films by Irish Women offers  a varied series of stories told through the prism of the female gaze. The films are drawn from collections preserved in the IFI Irish Film Archive. Most of the included films are written by women; with all being directed by women. The selection includes drama and documentary; live action and animation; films made with generous support and films made on a shoestring; films in Irish and films in English (one in Polish, one in Ukranian); independent films that were seen by few, and films that garnered global attention, Academy Awards and BAFTAs.

Current stars like Wildfire director Cathy Brady, Sea Fever‘s Neasa Hardiman and Emer Reynolds (Songs For When I’m Away, The Farthest) are just some of the names you can see in the collection, a look through Ireland’s cinematic past, present and future.

Some of the films will be very familiar to all audiences, and some will have the excitement of cracking into something new. The collection is available to view online for free now at the IFI Archive Player. Here are just 5 of the films in the F-Rated collection well worth checking out, including Programme notes as prepared by the IFI with the assistance of UCD interns Rachel Cahill and Rebekah Ryan.

Sitting comfortably in her armchair Emily (Fionnula Flanagan) takes a cup of tea and a biscuit when a simple mishap triggers a pleasant journey into the past. She swims through the memories of being a child on a beach, a young woman in a lover’s embrace  and a young mother concerned for her little girl.

Writer/director Louise Bagnall’s Academy Award nominated film was inspired by her own two grandmothers and is a poignant celebration of ordinary lives. 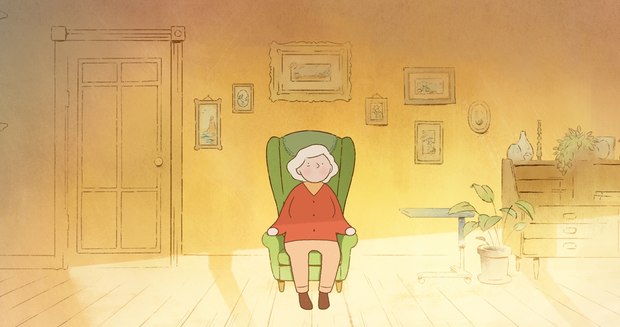 Karen (Nora-Jane Noone), a young single mother in border town Newry, is numbed by routine and her mundane existence as a supermarket shelf stacker. Amusement arcade slot machines have become her secret thrill and addiction. Her eight-year-old daughter Laura (Tina Maxwell) dreams of Christmas presents and sunny exotic family holidays, adding further pressure to Karen’s struggle to cope. As Karen’s close relationships begin to fracture, her decisions become more irrational. With Christmas looming, a desperate hope for a big win sees her life spiral out of control.

Cathy Brady has mastered the art of the short film form. Small Change, like her other films, captures a fully realised character in crisis, and positions her within a wholly convincing, humdrum world. Brady’s collaboration with Nora-Jane Noone continues in her debut feature Wildfire.

Most kids have enough to be worried about on their first day at school, but Joseph is different from all the other pupils, which attracts the unwanted attention of teacher’s pet Hazel and kings of the playground Christian and Seth (played by a young Fionn O’Shea).

Adapted from a Roddy Doyle short story, New Boy brings the audience to refugee Joseph’s level on his nerving-wracking first day as he tries to navigate the unfamiliar culture and strange rules of the Irish primary school. Joseph’s new environment is cold and dull in comparison to his home, as his tragic past unfolds in brightly coloured flashbacks. Despite a rocky start, Joseph does find some common ground with his classmates in the form of laughing at their exasperated teacher.

New Boy received an Academy Award nomination for Best Live Action Short Film, Steph Green has gone on to direct the feature film Run and Jump and acclaimed television series including The Americans and Scandal, receiving an Emmy nomination in 2020 for her work on Watchmen.

‘Who needs a pregnant waitress?’ is just one of the questions that fills Ellie Connolly’s mind when she discovers she is pregnant in 1980s Ireland.

Statistic was made by film student Alison Kelly in 1983, the year which saw the passing of the Eighth Amendment to the Constitution Act (which effectively criminalised abortion in most circumstances).  Ellie (Edel McCrann) is pregnant as “the result of a drunken screw between two people who hardly knew each other”.  She broods in her flat and discusses her predicament with her good friend Anne – she must tell her boyfriend Paul but she knows ’In the end it’s inside me, not him’.  She finds information in a magazine about abortion services in the UK and Anne accompanies her to the ferry – following the footsteps of the many women before her.

Statistic is invaluable as a contemporaneous response to events in 1983 – the film includes newspaper headlines and filmed sequences of pro and anti-abortion marches and dramatizes the plight of a young woman dealing with a crisis pregnancy. It is also a vivid record of the sights and sounds of Dublin in the 1980s  - not least in the colourful cameos from mime artist Raymond Keane and indie band The Cuba Dares. 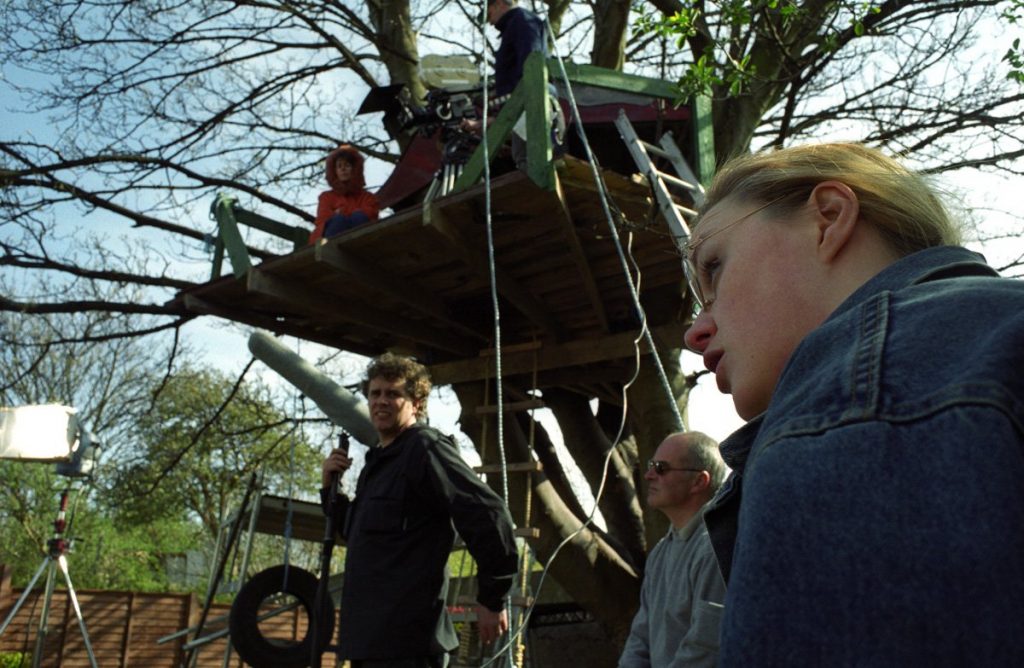 A neglected and overworked housewife reaches her record-breaking point.

Attempting to break a world record, mother and wife Clare is determined to live in a tree for 32 days. In her absence, her reluctant husband is forced to take on the heavy burden of her domestic duties. Meanwhile, despite the obstacles of torrential rain, loneliness and missing Coronation Street, Clare ploughs gamely on. But as she proceeds towards her goal, the strains on her marriage are beginning to show.

This humorous film, written and directed by Audrey O’Reilly, explores traditional gender roles and demonstrates the value of an occasional shake-up.