Cinemas have been back for a little bit now in the fair city of film, and with the Light House Cinema due back this Friday too, there’s the faintest sight of light at the end of the tunnel for the Irish cinema business. We’d love to hear from you if you’ve felt safe and up to go to the movies so far this June – tweet us at @filmindublin with #WhatsOnSummer2021 and let us know what you’ve seen so far this summer. In the meantime, we’re doing a Review Round-Up of a few of the flicks that we’ve seen so far since the Grand Reopening. 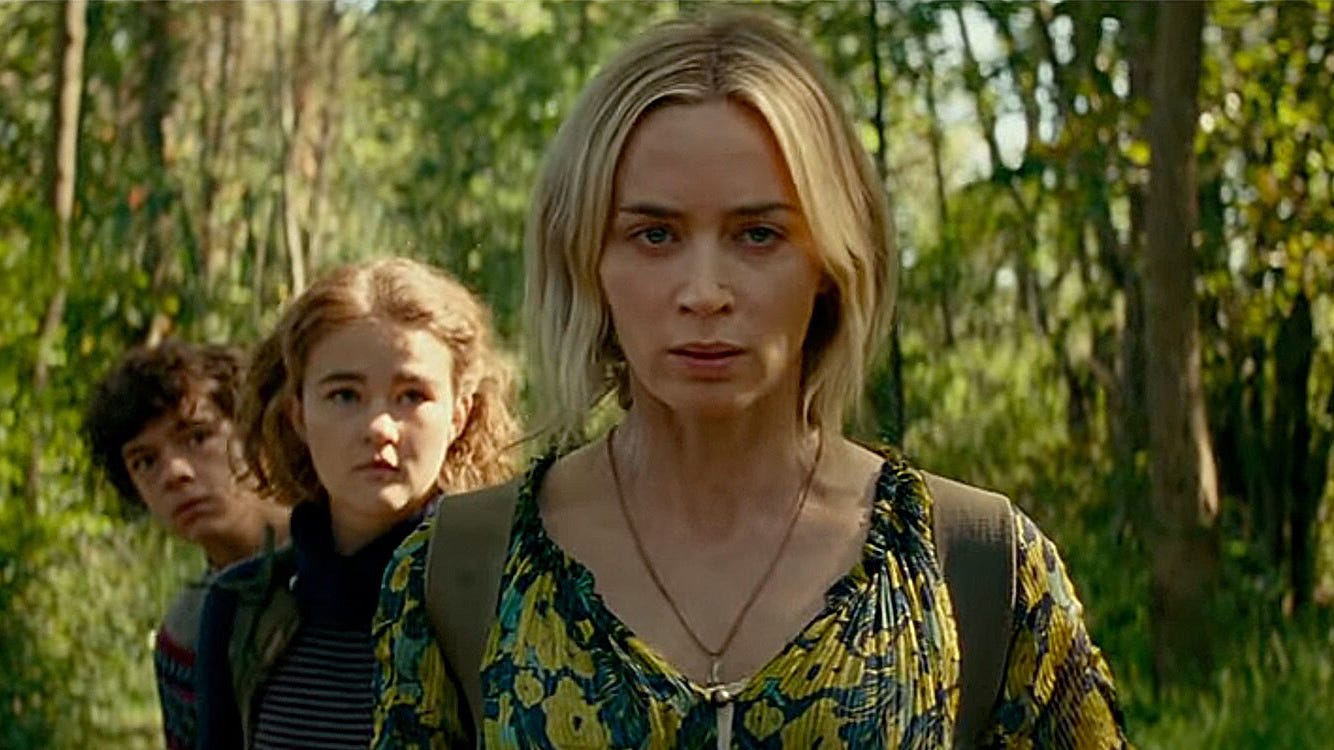 There’s something eerily appropriate about the follow-up to John Krasinski’s 2018 horror hit being the first big blockbuster of this tentative return to theatres. Not only because the film one of the final big releases delayed by the initial outbreak of the Covid-19 outbreak, and not only because of it’s cataclysmic setting; a post disaster world where no one knows quite what to do with themselves but struggle to survive. More than that, its status as a sequel, as a horror that isn’t too scary, and an action movie with considered, ambitious but not obnoxious setpieces, makes for a handy way of easing back into big screen viewing.

Following immediately after the events of the previous film, A Quiet Place Part 2 mostly splits its stars into different sneaky silent subplots, with Noah Jupe and Emily Blunt holding down the fort on one end of the story while Millicent Simmonds enlists cynical survivor Cillian Murphy on a mission that to both of them represents moving forward, hope and redemption. The need to stay quiet again draws the audience into simple but effective cinematic language; it’s always clear in a scene what elements are important to pay attention to, so the movie plays out in a straightforward succession of set ups and pay offs. What’s reasonably impressive about the storytelling here is the film’s ability to cut back and forth between 2, sometimes 3 action scenes at the same time while maintaining a sense of tension, attention and pacing – props go to editor Michael P. Shawver for ensuring Krasinski’s work still goes down smoothly. This is a film where everyone knows what they’re doing and does it well, and with some story left to tell, A Quiet Place remains a sound bet for a goof time at the cinema. 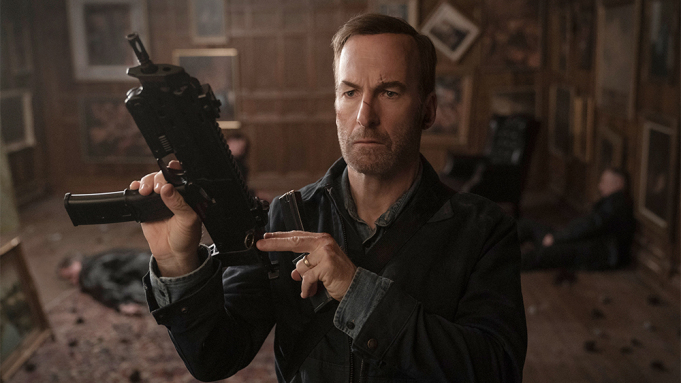 Director Ilya Naishuller has at the very least matured since making Hardcore Henry. Where that film was overreaching and exhausting, a wet dream hallucination from a Monster overdose, Nobody is a by-the-numbers action B-movie beat-em-up. It’s an improbable action vehicle for Bob Odenkirk, and the Better Call Saul star holds up his end of the bargain, believably playing both a beleaguered sad sack with a boring family life and a brutal former government operative pissed off back into violence. The film around him is disappointingly threadbare though.

It feels like there’s a lot on the cutting room floor with Nobody , a series of running jokes seem to peter out before a big conclusion, the John Wick meets Falling Down hodgepodge plot runs out of steam well before the end of a not particularly long movie, and the action is oddly thin. With a lot of cuts and a lack of the kind of visual coherence described above for A Quiet Place Part 2, the big action scene Nobody build up to; a brutal DIY fight at a warehouse, feels rushed and lacking in impact. The story being irrelevant is fine in a movie like this, but the action being just fine is harder to forgive. Hollywood is chock a block with ‘Like John Wick But…’ movies at the moment, and some of them, like Nobody, would do better drawing inspiration from similar sources rather than doing slightly less interesting variations on the same exact thing. 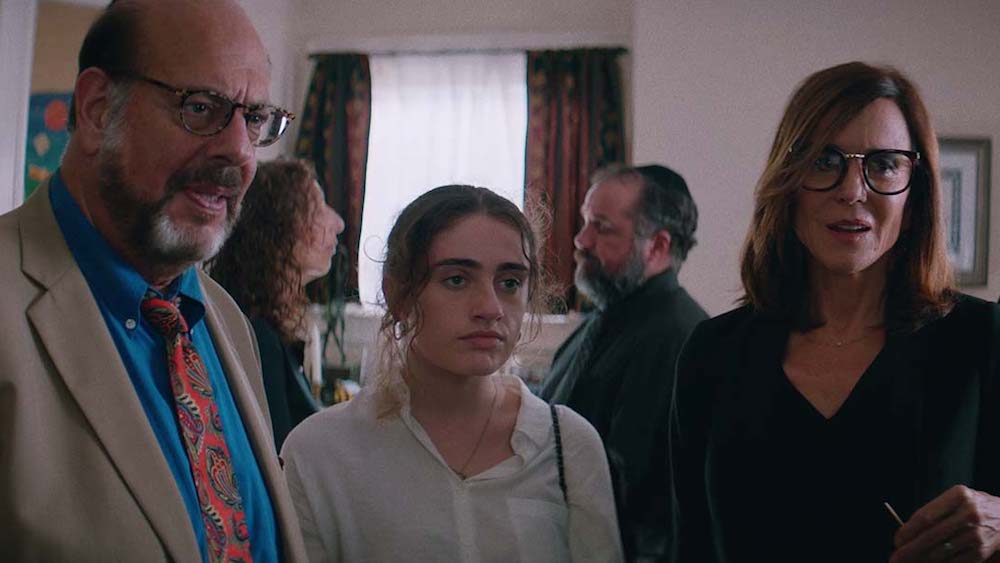 A promising feature debut from writer and director Emma Seligman, Shiva Baby is a comedy of manners where the social constructs contract into something suffocating. It’s as tense as any thriller you’ll see this year, where the horror of cringe looms large. Rachel Sennott excels as chaotic young Danielle, trying to navigate the prying, judgmental and questioning eyes of family and family friends at a Jewish shiva.

A sex worker on the side, Danielle is alarmed to find that her sugar daddy Max has also showed up to mourn. Along with his wife. And their ever-screaming baby. So has Danielle’s acid-tongued overachiever ex-girlfriend Maya. It’s a lot to take to in for a young woman who already has a lot to figure out; how to stay out of trouble, what exactly her parents mean ordering her to stay out of trouble, exactly whose shiva this is, and more. The audience is left in rapt anticipation of a lot of other shoes that might drop, as Danielle tries to keep everybody happy, (sometimes) resisting the urge to go fucking apeshit and piss off everybody, and barely keeping away the impulse to curl up in a ball and have a little cry.

Seligman does an impressive job of having this hot mess unfold without the filmmaking itself devolving into something similar. It’s a snappy film with a tight focus and a camera that’s often on the move but not distractingly showy. With packed frames and loud voices, the tension ramps up and up, but a delightful supporting cast and the talented Sennott are always on hand to provide release via a great laugh line. Uncut Gems is an obvious comparison, but other than a similarly oppressive air Shiva Baby is very much its own thing, and it’s a thing we’d be all too happy to see more of from its strong cast and crew. 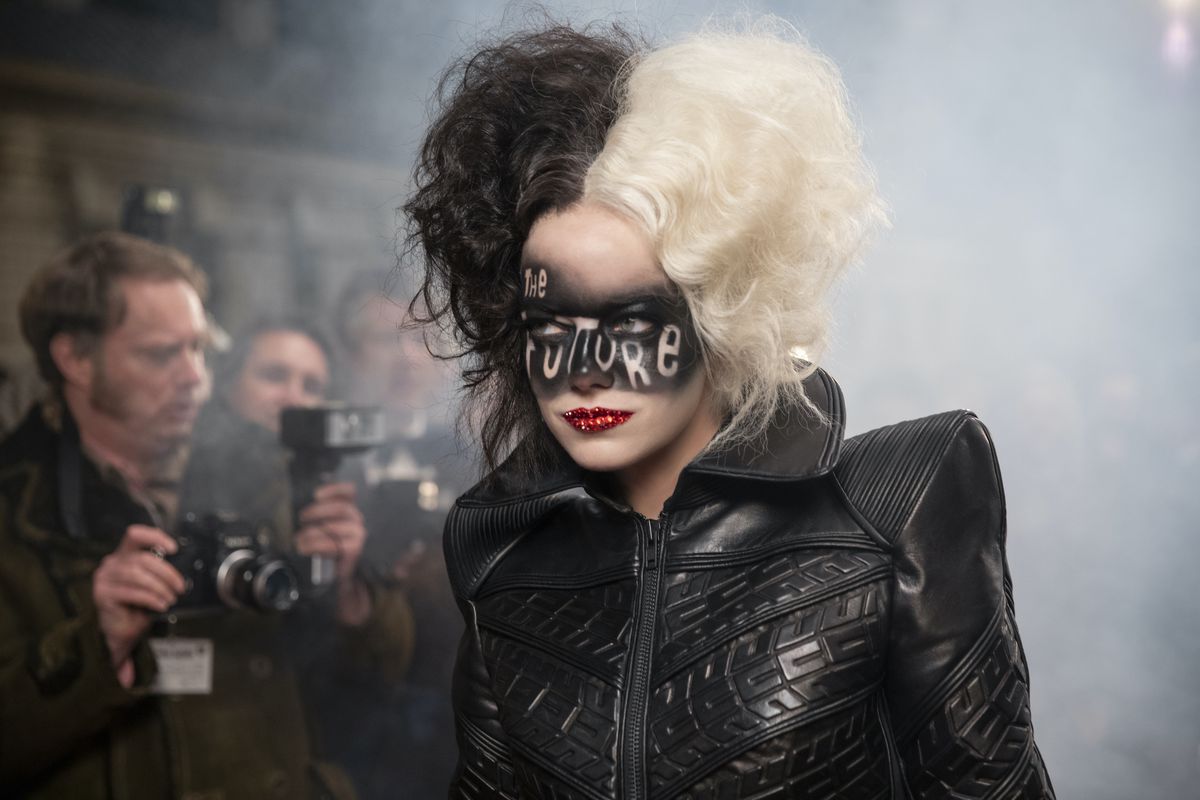 Going to Disney for new ideas is like going to an ice cream shop for toned abs; you ain’t gonna get it so you might as well enjoy what you are gonna get there. Cruella is the latest IP exercise from the House of Mouse, an effort to retain brand recognition in key quadrants for a character they first used on screen literally 60 years ago, and while that deserves a fair heap of cynicism, there’s still plenty to enjoy here.

Do we need an origin story for Cruella, an explanation for her hair colour, her wicked ways, why she has the same last name as a Cadillac? Obviously not, and Cruella is worst served when it’s attending to the answers to questions that nobody asked. In between all that is a cast having a ball hamming it up, with Emma Stone scheming and sniping her way to the top in an effort to get revenge against her fashionista boss, Emma Thompson as a bitchy and brilliant erstwhile Miranda Priestly type.

With Paul Walter Hauser and Joel Fry in tow as Cruella’s underlings Horace and Jasper there’s a found family narrative at work that is competent, if a little spurious. Where Cruella excels is in excess, both in its clothes (costume designer Jenny Beavan, an Oscar winner for Fury Road and Room with a View, tells spunky stories through some audacious designs) and in its capers. When Cruella and the gang are plotting crimes and misdemeanors, it’s very easy to go along for the ride with a cute, witty script and fun characters.

Cruella is a step up too from the mostly pointless remakes Disney have been putting out lately like The Lion King and Aladdin. With the focus on one of its most famous villains, there’s a funny bit of hoop jumping to watch here as the hyper image-conscious studio celebrates a protagonist who here absolutelylovesdogslookatherhangingoutwithdogsandhavingagreattimeandanotherthingshewouldntactuallyhurtaflyshewouldntmurdersomeonelike, who will obviously go on to try and kill a good few dogs. The will-she-won’t-she gives Cruella a wry sense of irony even if you know the way this particular story is going to go, and even if it takes a while to get there (2+ hours is pretty excessive), there’s plenty of fun to be had on the way.