In our latest Review Round-Up, we’re looking back at a pair of homegrown comedies that caught our eye at the 2021 Dublin International Film Festival. These Irish comedy films both have a dark sense of humour and a heartening sense of ingenuity, highlighting some of the best in filmmaking on our island. 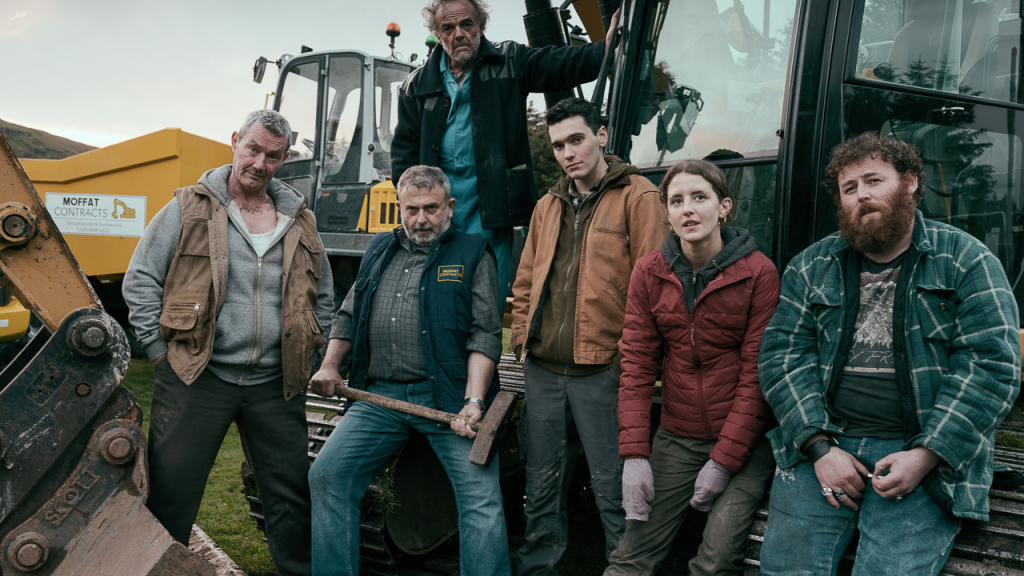 There’s always a big challenge when it comes to good horror comedy. It’s an enticing genre, an opportunity for horror fans to play around and have fun with their favourite conventions, and a popular pairing for viewers as well. The problem can be where some films think leaning hard on the comedy means leaning off the horror, which can result in films that feel loose, aloof, lazy, even when a lot of effort has gone in. Thankfully, Tyrone-tinged vampire flick Boys From County Hell doesn’t have that problem at all. Finding a great balance between laughs and scares, it’s a well-crafted piece of work from director Chris Baugh, Brendan Mullin and company.

Expanding on their 2012 short, Boys From County Hell sees young Eugene Moffat, played by Jack Rowan, struggling to build himself up in the eyes of his disapproving da Francie (Eugene O’Neill). They’ve got deeper problems beneath the surface, but Francie wants his wee cub to wise up and get serious about joining up with his work crew, instead of moping about his house, or drinking in the Stoker pub. Or a few cans in a field. Jack, Francie and a crew of friends and workers (including Derry Girl’s Louisa Harland), have to band together and try to survive the night when they awaken an ancient Irish vampire.

While the film feels like it has a slow start with a lot of backstory, it’s doing a lot of important work in getting the viewer to care about the characters, as well as building up a steady rhythm of the particular (and particularly funny) Northern Irish sense of humour. The early going could easily be a standard workplace comedy, the Stoker myths mentioned genuinely just tourist-bait and the disturbed cairn the workers knock over genuinely just a load of aul rocks, until the blood starts pouring quite rapidly. When Boys From County Hell picks up, it commits to the horror hard.

Baugh directs the horror with a genuine dedication to the genre, lots of dark shadows and gnarly, graphic effects. The film has a lot of fun with what rules do and don’t apply to the vampires and a good mix in its supporting characters between horror cannon fodder and comedy kooks. To really kick it up a notch, the film is genuinely strong in its exploration of grief, guilt and blame, with a strong emotional core, particularly between Rowan and O’Neill, that all makes Boys From County Hell a bloody good time.

This year’s Closing Gala film at VMDIFF21, it’s hard to imagine a better choice to close a festival than this kind of raucous Irish comedy, set in the fair city of film itself. With a gleefully mad style and a perfectly game cast, Deadly Cuts more than lives up to its adjective.

Set in Dublin’s inner city, director Rachel Carey’s film focuses on the staff of the Deadly Cuts salon, with Stacey, Gemma, Chantelle and Michelle trading trademark Dublin banter in between crimps and cuts. Stacey (Ericka Roe) dreams of getting out of the city and joining up with her ma living the high life in Spain, and she’s adamant that she can punch her ticket if Deadly Cuts pick up a win in an upcoming high-stakes hair salon competition. And who can blame her for wanting to get out, with the area menaced on the regular by thugs and thieves, and the shop threatened by the machinations of sleazy local politician Darren Flynn (similar in name and demeanour, but legally distinct from, real-life sleazy local politician Mannix Flynn)? Stacey and the girls end up becoming improbable local heroes, improving their community not only with their inspirational successes at the hair competition, but with their unwitting vigilante work, taking on the local threats with an accidental but brutal violence.

It’s hard not to feel like there are two ideas for a film trying to co-exist in Deadly Cuts, with its parody of the world of beauty and fashion vying for attention with its darker side as the Demon Barbers of Parnell Street try to cover their tracks and get rid of their enemies. But its just too much fun for it to be too much of a problem, the gags hitting hard and often, sending up north and southsiders with equal precision and affection, the violence providing a madcap element that actually works.

The back and forth between the characters, all anchored by a strong supporting performance by Angeline Ball, gives Deadly Cuts the same true to life vibe of the likes of The Commitments , even with the broad comedy. Roe and co play so well off each other, it’s a snip to get caught up in their enthusiasm and interplay. With some top one-liners punching up a sweetly simple story, the film is a ball, the type we really hope we can watch again in cinemas with a packed crowd before too long.