With new releases thin on the ground once again, during November Film In Dublin are revisiting some notable releases during 2020 that we haven’t yet had the chance to review. In this Review Round-Up, we’re looking at a pair of films available now on Netflix that are essential viewing. Expect more recommendations in the next few weeks of films from this year that are worth accelerating up to the top of your catch-up list. 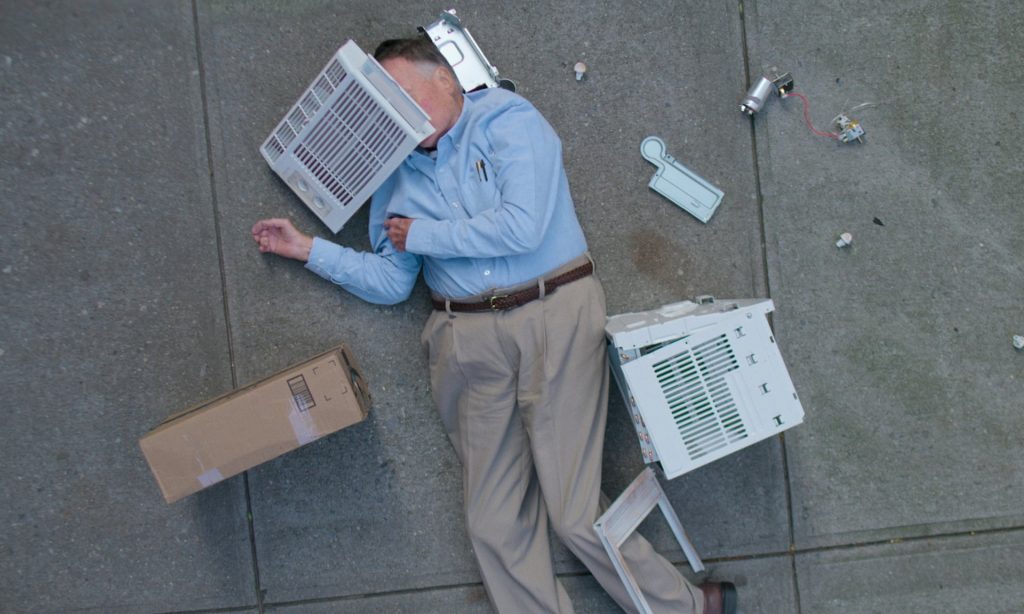 How we choose to remember the ones we love is such an important part of experiencing loss, but memory itself, like everything we hold dear, does not last forever. Why not deal with both while we still can? In Dick Johnson is Dead , the latest film by documentarian Kirsten Johnson, the director candidly begins to confront the unavoidable as her beloved father’s health and memory begin to decline, partly by following his retirement and move into our home on camera, and partly by staging his death via tragicomic accidents over and over again.

The documentary’s light, offbeat tone incorporates these stylised sequences seamlessly, moving from candid chats and family home videos to stylish musical sequences and darkly funny stunt mishaps. Part of why it’s so easy to come on-board with the premise is the game participation of Dick himself, seen through Johnson’s lens as pretty much the ideal dad. Dick shares his daughter’s sense of humour, and early scenes reveal him as a playful, warm presence; genuinely interested and invested in everyone he meets. His career as a clinical psychiatrist seems to have left a long list of adoring clients and friends, and he takes to the world of film with a can-do spirit, connecting with Johnson’s crew and enjoying the spotlight. As a documentary subject the viewer will root for the auld fella in an instant and will become sympathetic to his struggles as his dementia gets worse over the course of shooting.

The film confronts mortality on both sides of the divide. It’s easy to see why losing this man would devastate Kirsten, but through recalling his departed wife, conversations with the people around him or even just the camera lingering on confused or fearful expressions, Dick’s perspective and experience of his memory loss is difficult but arresting viewing.

The laughs and fun of the film’s stylised sequences become increasingly uncomfortable, and it’s hard to say whether the viewer or the filmmaker realise first their role in deflecting from the inevitable. Having lost her mother under similar circumstances and conscious of how little she has on film to show for it, Kirsten Johnson’s eagerness to enjoy her relationship with Dick while she still can is palpable, and an arresting, disquieting tension emerges in the film. Father and daughter can be open and at peace with the idea of death, but the camera reveals denials exist still within that knowledge. The film’s honesty about how hard it can be to bear something even when you’re really trying is refreshingly raw, the mixture between endearing flippancy and genuine emotion making for a powerfully cathartic experience.

Johnson is honest too about leaving the film open for ethical questions. Shots are kept in that show how the subject matter is deeply upsetting despite the warmth and comedy, and the film pushes to the point where some footage, and Dick’s own consent and cognisance coming up for debate. On a platform like Netflix where so many docs follow a rote formula and limited scope, there is a bravery to the approach, risky to the filmmaker both professionally and personally, that feeds into the internal narrative perfectly. We worry for Dick because we’re seeing him get worse, we want to spend more time with the man from the early scenes, lovable and carefree, but have to accept the fleeting nature of that experience. Like a good Irish funeral, Dick Johnson is Dead gets the balance right between mourning the departed and celebrating their life. Ultimately the director’s endeavour is shown to be an incredible gift, not an attempt to get over death before it happens, but to express love, share and create memories with a person while they’re still there to see it. 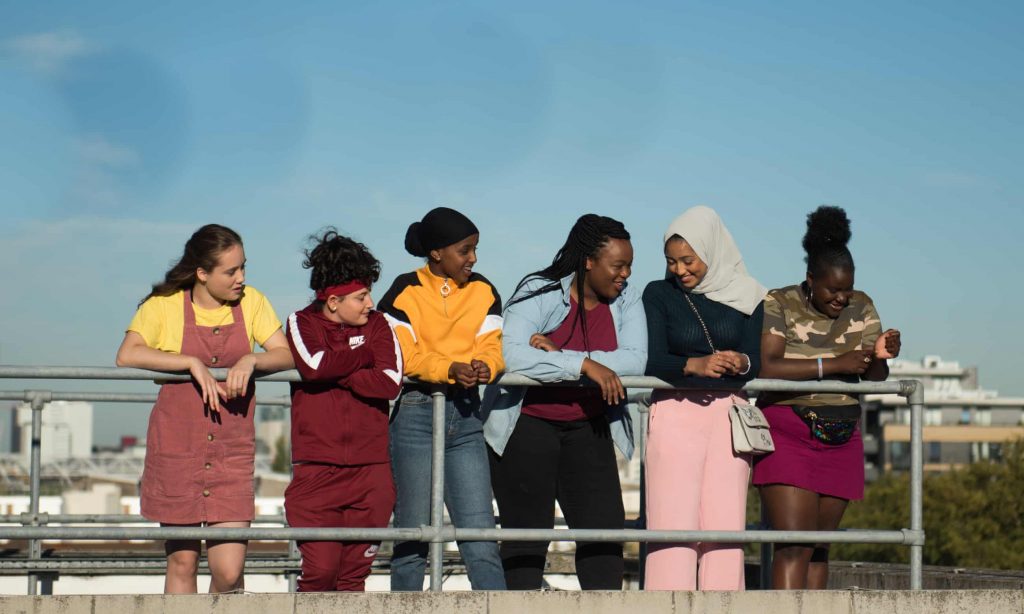 An exhilaratingly real approach is also present in Sarah Gavron’s Rocks, albeit from people from a very different stage and walk of life. In this coming-of-age story, the filmmakers collaborated closely with the cast of unknowns and other young people from East London in crafting the characters and their world. The result is energised and engaging, with the young actors at the centre of Rocks playing off each other with a natural, in-the-moment feel, with dialogue flowing off-the-cuff. “Coming of age” is a phrase that can imply a lot of nostalgia and tinted perspective, but Rocks is very much a future-facing film, looking at the obstacles that can crush youthful potential and the connections that can help guide it through the cracks.

The story focuses primarily on Olushola “Rocks” Omotoso, a Black teenager in London who like many takes on responsibility and pressure at too young an age. Scenes of Rocks hanging out with her mates, chatting shit on the roofs of tower blocks, goofing off at school, rapping and selling sweets show her and her friends they way they want to live, at home though things are more difficult, and when Rock’s mum finds herself unable to look after her and kid brother Emmanuel – not for the first time – the pair try to fend for themselves, with Rocks avoiding child services, trying to spread small and stolen amount of money way past their limit, sleeping over at friends’ houses and trying generally not to deal with the fact that she has so much to deal with.

The potential to veer into poverty porn and white saviour filmmaking is a palpable risk here from Gavron, and one that the production seems conscious to avoid. The collaborative approach with the actors isn’t just entertaining, it’s a well-considered pre-emptive measure, and Rocks consistently feels at its strongest the more the performers are in control. As Rocks, Bukky Backray shifts her body language believably depending on who she’s around, she allows mood to alter her delivery of lines, stumbling nonplussed when angry, delivering jokes and banter with rapid-fire precision at other times. She shows Rocks pushing back against her responsibilities in a way that’s easy to understand, the successes and the limitations of what this young person is capable of under these current circumstances explored mostly with nuance. The chemistry between her and Kosar Ali as best friend Sumaya feels lived-in particularly, to the point where more screen time for the latter would have been welcome.

When all the kids are together, Rocks flows with an ease that recalls the best of the likes of Celine Sciamma. When the film gets narrative heavy, it feels less assured, particularly when leaning more towards contrived conflicts and away from the film’s subtle and more nuanced depiction of how these kids are treated by the adult world depending on the grown-up in question’s ethnicity or role.

But the film overall is a gem, showcasing great new talents with a strong blend of real laughs and heart-string grabbers. The camaraderie and community on show is inviting and exciting, with Rocks doing it’s best work when showing how when people truly have your back, no matter the situation, it can be possible to thrive, joyfully.