It’s our monthly round-up of Film In Dublin reviews and views. Check out our thoughts on some of the films released in Ireland in February 2020 below: 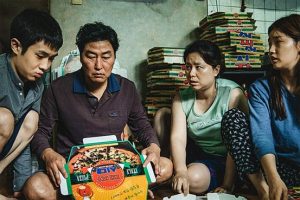 Every performance in Parasite is superb. Collectively, the Kim family are incredibly adept at appearing to be the kind of people that they know the Park family want them to be. This is strengthened by skillful writing, and while it might be a disservice to compare it to a Hollywood film, it all really has the feel of The Talented Mr. Ripley in this impostor aspect of the plot. The class divisions are an important part of what galvanises the development of main characters, and this is exquisitely conveyed through some strong imagery throughout. There are numerous moments where the impossibly lavish high life of the Korean upper-class is brilliantly juxtaposed with the sewage infested poverty of the Kim family. Images as simple as a cut of expensive steak in the home of the Park family ensure that the raw point about societal divisions is made. It feeds into the resentment of the Kim family towards the life that they can’t have but lust for, and asks a lot of questions to the viewer without serving up any easy answers. What’s even more impressive however, is that the affluent Park family aren’t painted as horrible people. They come off as ignorant symptoms of the capitalistic divide, not the route cause of it. Captivating performances from Cho Yeo-Jeong and Lee Jung-Eun stand out in what was an impeccable casting all round. 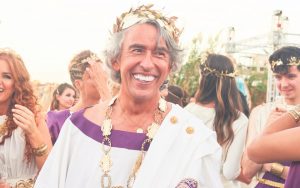 Greed is an admirable film, for many reasons. Director Michael Winterbottom has created a movie that delivers an entertaining and hilarious experience while managing to communicate more serious messages at the same time. The light, comedic tone that the film leans into helps to juxtapose its more serious moments and hammer home some of the key points that Winterbottom wants to get across.

However, this style can be tricky to navigate, especially when you want to explore as many themes as the director does. The film wrestles with wanting to appear as ‘light‘ and ‘snappy’ (trying its best to adhere to the The Big Short model!), while packing all the punches it can on a long, long list of social topics: billionaire empires, reality TV, tax havens, the clothing industry, fame, etc. The problem has nothing to do with including a certain topic(s), but is, instead, to do with including ALL of them at once. As a result of this, the film’s structure feels messy from time to time and often quite unfocused.

That being said, this is still an entertaining and very funny time at the cinema. 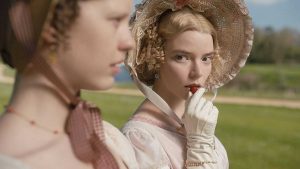 Jane Austen’s classic period-comedy about the incorrigible Emma Woodhouse returns to the big screen once again in photographer-turned-director Autumn de Wilde’s film: Emma. It’s hard to imagine what a new adaptation of Emma can bring to audiences: like most Austen properties, having been adapted across multiple different mediums over the years, many of which held in high regard. However, de Wilde delivers an adaptation that can easily stand atop of the rest. The director’s eye for immaculate imagery shouldn’t be a surprise to anyone who knows her work – this adaptation was always going to be a visually stunning one and it certainly is that. In addition to this, de Wilde manages to capture the same charm and wit that Austen’s novel became famous for. The stunning backdrops of English countryside are littered with odd and bizarre characters, all of whom manage to elicit frequent fits of laughter from the audience (Josh O’Connor’s Mr. Elton and Miranda Hart’s Miss Bates are an absolute riot in every scene). Underneath all that laughter, however, lies the true secret to the film’s success: our protagonist (played exceptionally by Anya Taylor-Joy) can be a difficult character to root for. As we watch a highly mischievous and manipulative person navigate the love lives of those around her, de Wilde manages to elevate the drama at key points in the film by challenging the audience to reconsider their feelings for the title character. This film is a sheer delight from start to finish: the performances are superb; the direction is flawless; the writing is sharp. Don’t walk, run to cinemas to catch this one!

Following the jumbled, hateful mess that was Suicide Squad would be a tall order for any sequel, but Margot Robbie’s spirited performance as Harley Quinn was always one of the bright spots of that particular disaster, and thankfully here a much better film is built up around that base. The whole film is filtered through Harley’s lens, leading to brighter production design, frenetic pacing, a chaotic energy and a great deal more consideration given to the characters. The result is a fun hang-out film with a cast you can enjoy being around (as opposed to its predecessors exhausting misanthropes), and the peppy vibes Yen and her crew have put together pair really well with action scenes that are at the top end of what can usually be found in superhero movies. With a capable assist from stunt guru and John Wick director Chad Stahelski , the action set-pieces are hard-hitting, clear and coherent, and creatively staged. A big fight in a Batman 66 style fun house, with the female leads watching each other backs – and thoughtfully sharing hair ties – is a good example of Birds of Prey‘s deal , a good hand for Harley with the Joker thankfully tossed from the deck. 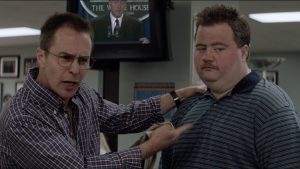 The story of a man who is so enamoured by the idea of law and order and has so much faith in the system he’s nearly ready to sacrifice himself rather than see the truth is an interesting one, but it’s all dashed on the rocks by Eastwood’s slooooowww, hand-holding, unambitious direction. After a bomb explosion during the Atlanta Olympics in 96, the unassuming security guard who raised the flag is suspected of being involved himself by the FBI and the exaggeratedly demonised press. What follows is a lot of earnest repetition of the name “Richard Jewell”, Kathy Bates crying and director Clint Eastwood muddled politics struggling to assert themselves. A strong performance by Paul Walter Hauser can’t mask some truly terrible ones by others, Olivia Wilde’s Wicked Witch of the Press in particular. Unfortunately a potentially interesting project is doomed by a director who is, sorry, 348 years old and the set loses the run of itself, with amateurish production, lazy direction and acting pitched at completely different levels from performer to performer. 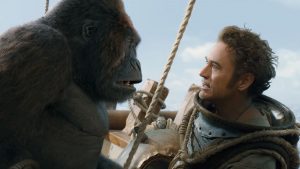 While not quite at the same level of cursedness as Cats, the woefully misguided 2020 take on the classic Doctor Dolittle has all the telltale signs of a blockbuster turned infamous Hollywood disaster. There’s the classic ‘troubled set’, with Gaghan – usually a scribe of more serious fare like Syriana and Traffic – unable to deliver family-friendly fun and seeing his initial vision of a grief-stricken Dolittle awkwardly chopped up and spliced with lifeless action set pieces and shoe-horned gags under a new director. There’s an actor losing the run of themselves, with Robert Downey Jr. simultaneously phoning in a quick cash-grab post Marvel with indulging is The Craft via terrible tics and a wobbly Welsh accent, a truly alarming case of the Depps. And there’s audience alienating awful CGI animals, lifeless cheque-cashing celebs from John Cena to Selena Gomez to Ralph Fiennes (the young people’s favourite) blurting out the staple kid movie jokes, and when even those are too much effort, the staple kid movie loud yelling (a character screaming because another character screams which makes the first character screams even more is an instant stamp of whatever the opposite of a seal of approval is). It all adds up to an assault on adult senses and a completely boring film for the younger viewers it’s aimed at.