The Virgin Media Dublin International Film Festival 2020 is in full swing and tomorrow one of the biggest parts of the festival every year will take place: the screening of the surprise film. A closely guarded secret by festival organisers, not even the projectionist knows what the film is going to be until the lights go down and the film begins. Some have been excellent, some have been awful, but the anticipation is always killer.

The VMDIFF Surprise Film 2020 will be revealed tomorrow 1st March at 5.30pm at Cineworld , but before then, can Film In Dublin use our ̶c̶o̶n̶s̶i̶d̶e̶r̶a̶b̶l̶e̶ ̶e̶x̶p̶e̶r̶t̶i̶s̶e̶  complete guesswork to anticipate what it is going to be? Let’s go through some candidates…

The key is to take a look at what is coming down the line that would make for relatively credible festival fare (Black Widow or the new Bond ain’t likely), that isn’t already on the festival programme (A Promising Young Woman may have been a candidate but it’s now showing at the festival on 8th March) and that is coming out soon that will make for a crowd-pleaser or anticipated genre film. The 2017 Surprise Film, Get Out , was pretty much the platonic ideal of what a festival secret screening should be: cool, hyped, Actually Good, and due soon enough that you can brag to friends about having seen it early. Using the festival programme and the ever-reliable release calendar available from our friends at Scannain, some contenders begin to emerge: 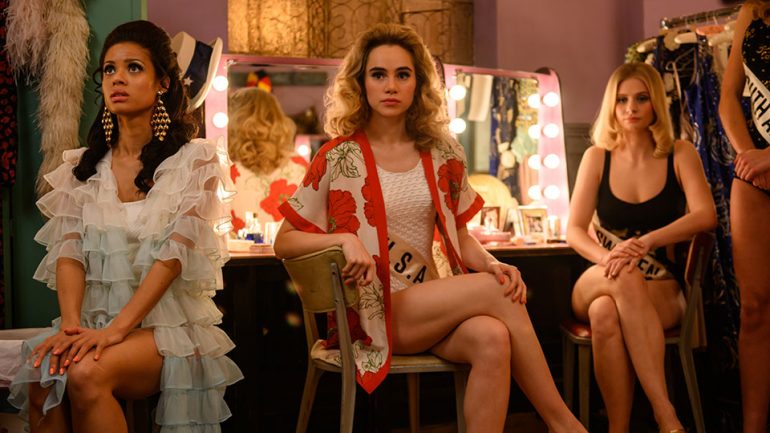 DIFF themselves have named ‘women in film’ as the theme of this year’s festival, with Mark Young’s Women Make Film project a centerpiece anchoring VMDIFF20. A thoughtful feelgood film about women and directed also by a woman in Phillipa Lowthorpe might just be the ticket then. Misbehaviour tells the story of the 1970 Miss World competition, and sees the perspectives of various women played off each other, with Keira Knightley playing feminist activist Sally Alexander, while Guru Mbatha-Raw playing Jennifer Hosten, the first black winner of the competition. It’s got big starts, including an Irish presence via Jessie Buckley, it’s got a relevant message, it would be no surprise to see this film introduced as the big surprise tomorrow afternoon. 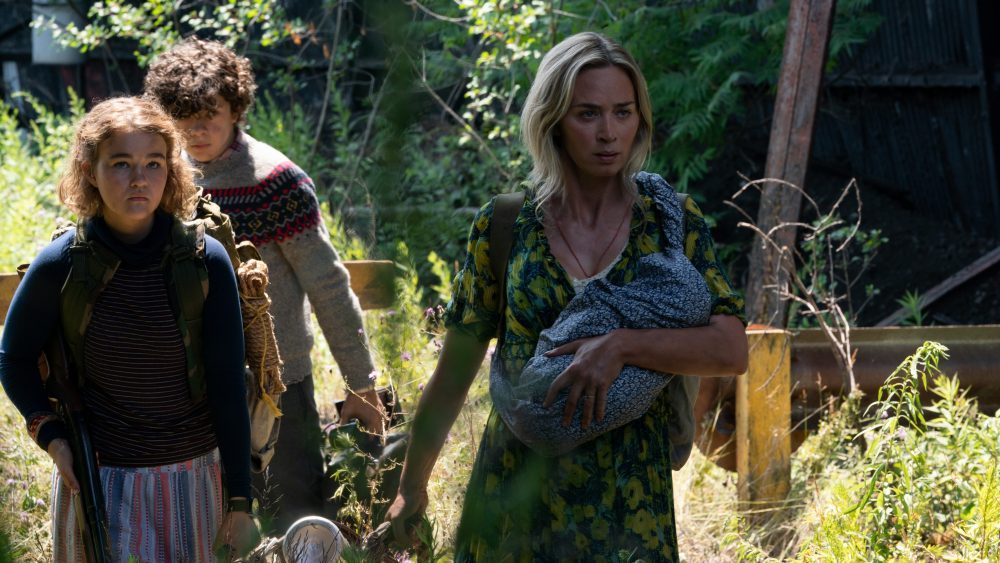 With the sequel to the surprise hit horror The Quiet Place coming out mid-March, it would be a timely and appropriate introduction to drum up buzz here in Ireland if it was the Surprise Film. With Cillian Murphy joining Emily Blunt and the childers this time round as they stave off the threat of the very noise-sensitive beasties who have taken over the earth, again there’s a bit of Irish representation here and with a packed audience guaranteed, a relatively unique cinema experience would be a good call. The original left audiences determined not to make a single sound, so rapt were they by the film’s silence – never has popcorn been chewed so slowly and carefully. And sure if it’s a secret screening, it makes sense for it to be one you’re meant to be quiet around, right? That’s thematically appropriate? (Just go with it and let us generate our content please) 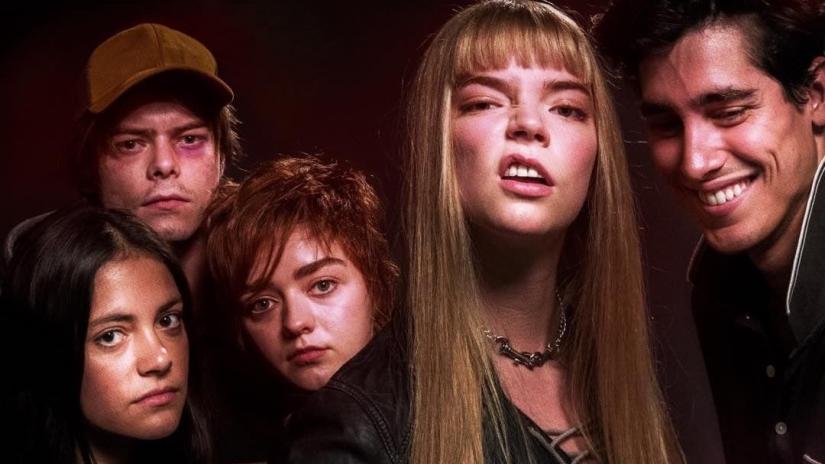 Okay we know we said that a Marvel movie wasn’t likely, but The New Mutants isn’t really a Marvel movie anyway, sure for a long time it seemed like it was never going to be a movie at all. Having begun filming way back in the summer of 2017, this darker side of the X-Men oeuvre, featuring young stars like Anya Taylor-Joy and Maisie Williams as young mutants, was delayed by Fox, and sent for reshoots. Then it was delayed again. Then Fox was bought by Disney (yay capitalism and what it means for the MCU!). Disney allegedly said last year that the film had “limited box office potential”. Who knows what the film has ended up as all these years later, with different shoots, under a different studio, but it is allegedly coming out later this year. It showing up at DIFF may not be super likely, but honestly the odds of it screening tomorrow and the odds of it screening at all aren’t massively far apart. 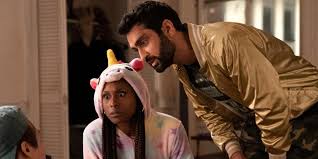 Coming to Irish cinemas in April, The Lovebirds has plenty of ingredients for a successful surprise film. It’s got hot new stars in Issa Rae and Kumail Nanjiani, who are the leads in this romantic comedy, a genre which could make for a decent change of pace after more intensive offerings of recent years like Unsane and Dragged Across Concrete. The film is about a couple who become embroiled in a murder mystery, which adds an element of intrigue that again, would be 0n-brand. There’s a lot of fun potential here, but the relatively big gap between tomorrow and the release date makes it a bit of an outlier. Perhaps we’re veering into wishful thinking with our guesses slightly, which brings us to… 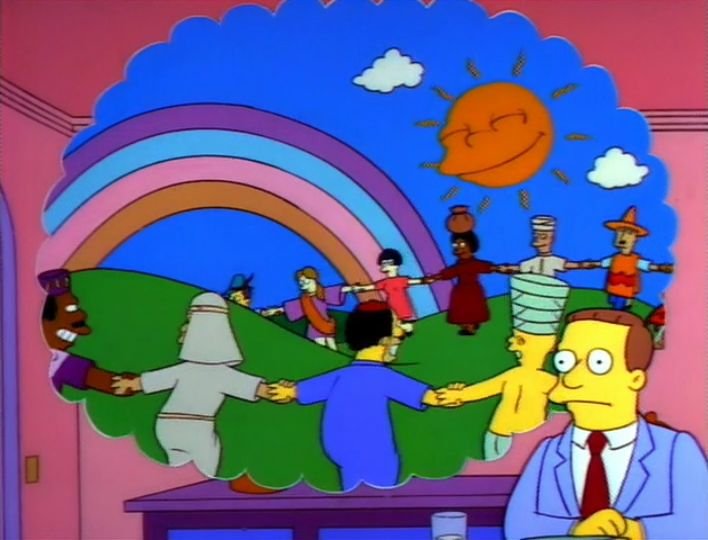 OKAY BUT WHAT IF IT WAS BLACKBIRD THO?

All we’re saying though is that if you’re looking to surprise your audience, at long last unveiling Michael Flatley’s not-James Bond vanity project is definitely going to do that. And yes we have speculated about this before and yes it didn’t happen then and yes we are going to keep hoping until we finally see Blackbird in all of its hubristic glory. If it isn’t the Surprise Film, then it should be, right?? Unlikely as it may be, we’re just putting it out there into the universe, particularly in the hopes that Michael Flatley himself might see this and finally give the people what they want. Which is the Lord of the Dance playing pretend as Sean Connery, obviously. This is why we write about film festivals and don’t programme them.

Only time will tell what the Surprise Film will be, but if you have any theories yourselves, be sure to let us know. Now if you excuse us we have to set up a little voodoo diorama of a cinema playing Blackbird…