The Virgin Media Dublin International Film Festival 2019 has begun! Already the year’s seminal celebration of cinema in the fair city of film has held numerous exciting events. Just this morning, Irish filmmaker Paddy Breathnach hosted a workshop with Sean Bailey of Walt Disney Studios Motion Picture Production, engaging Irish industry professionals with one of the most prominent players. Young minds got a chance to have an early look at The Kid Who Would Be King, Joe Cornish’s exciting family adventure film. There’s a lot to keep track of and the festival hasn’t even had it’s Opening Gala yet, formally launching tonight with the Irish premiere of John Butler’s latest film, Papi Chulo .To help our readers navigate through this fantastic fortnight of film, we’ve picked out a couple of highlights from this year’s programme. You can check out the full schedule here but before then, make sure to give our highlights a look:

Workshops and panels are an important part of any festival and DIFF this year is making sure to include a couple of insightful masterclasses and inclusive discussions. Already eye-catching and ticket-moving talks with well known-names like Joe Cornish and Eighth Grade director Bo Burnham have done well and sold-out, but there’s plenty still to sit in on. On 22nd February, renowned composer David Shire, whose works have been music to the ears of Light House attendees of late, will provide a Masterclass in composing at the National Concert Hall. Shire’s work can be heard in films including The Taking of Pelham 123, The Conversation and Zodiac and he will be giving his own insight into composition alongside Irish composer Anna Rice. On Saturday the 23rd at the Brooks Hotel, screenwriter Laurence Coriat will be discussing her work, including Wonderland (1999), Me Without You (2001), Genova (2008), and McMafia(2018). as well as her writing process alongside fellow screenwriter Hugh Travers, Irish screenwriter of this year’s Festival selection Your Mother Should Know. Later that day, a panel will discuss one of the pressing issues in today’s Irish film industry, as Ireland becomes ever-more diverse, is that being reflected in cinema? What are the challenges and misconceptions of African- Irish experience, the issues around Black Irish representation on screen, how do we empower minority communities to tell their stories and what must the industry do to see a more diverse and inclusive voice emerge on screen? The Diversity on Screen Panel will take place at 1pm at the Chocolate Factory on King’s Inn Street.

Every year at DIFF, film fans hop across the city to get to as many screenings of new films as possible, and so we should, but there’s more than one way to celebrate all things big screen. Between the Powerscourt Town Centre and the Light House Cinema, a trio of exhibitions will provide an opportunity to look at film in a new way throughout the festival. For the third year running at the festival, a series of portraits will be on display by artist, actor and director Hugh O’Conor, highlighting the wealth of Irish talent in the DIFF programme and showcasing O’Conor’s distinctive style. Rising talents will be inspired by the Alternate Take Poster Exhibit at the Light House, where NACD students of Graphic Design and Illustration give their interpretation of the festival’s films, while the Irish Costume Archive Project will show off the best of Irish costume design during their exhibit, In the Name of the Costume.

The DIFF strand for Fantastic Flix, targeted towards young viewers, is one of the most essential parts of the programme every year. With unique feature films, fun shorts, a variety workshops, and plenty of guests, it’s a vital element in encouraging the filmmakers of the future. As part of Fantastic Flix, Careers In Screen Day will provide insight  into joining the industry. Careers in Screen Day is presented by the Irish Film Institute and VMDIFF with the support of Screen Skills Ireland and BAI, and will give young learners invaluable insights into the requirements of working in the film industry. Aimed at Senior Cycle second-level students aged 15 to 17, will include insights from a variety of film and television pros and will examine the respective skills required for each.  A number of third-level institutions will also be on hand to offer guidance on the day.

The last few years have seen more Irish talents in film recognised than ever before and by identifying, supporting and celebrating the best new Irish pros both on screen and off, this can be encouraged to continue. DIFF facilitates this through their Discovery Award and Short Film Award, with past winners including Aidan Gillen, Barry Keoghan, John Connors, Mia Mullarkey and more all going on to further success in film. Among this year’s nominees for the Discovery Award are Shane Collins, writer/director of Dub Daze, as well as Jonathan Hughes, writer of short film Mother, already a success on the festival scene. 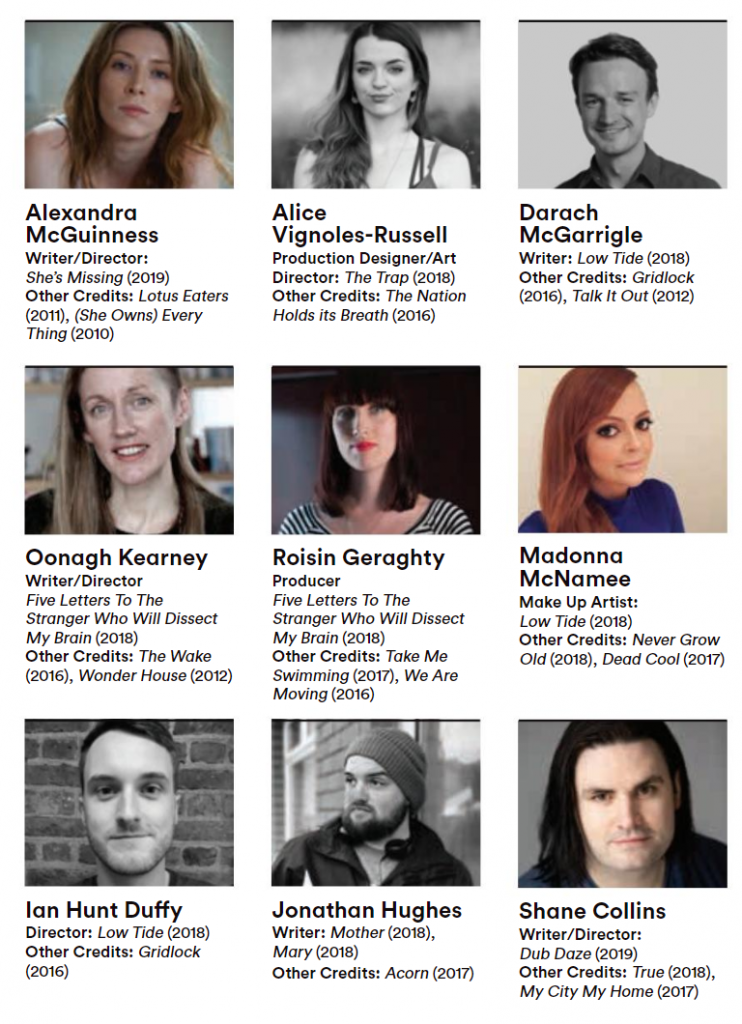 Perhaps the biggest surprise about this year’s Surpise Film might be its scheduling, moved to earlier in the festival programme to its usual slot on the closing day. A DIFF staple since 2003, the Surprise Film always garners interest, excitement (and occasional consternation!), over the years giving festival-goers early glimpes at smash hits, cult faves and Whiskey, Tango, Foxtrot. Famously, not even the projectionist knows what the surprise film is going to be until the very last minute, and we can’t help but speculate about what this year’s edition is going to be. Could it be Serenity, the Matthew McConnaughey/Anne Hathaway thriller that’s hit headlines in the US? Maybe it’s Under the Silver Lake, the long-time-held follow up of David Robert Mitchell to It Follows? Perhaps something closer to home and seemingly absent from the festival…or oh God, what if it’s Blackbird??? Only time will tell, but the secret is as ever a tantalising prospect.

Are you excited for the Virgin Media Dublin International Film Festival 2019? We’d love to hear from you! Be sure to tweet us at @filmindublin with the hashtag VMDIFF19 and keep us up to date with what you’re watching at this year’s festival!