An upcoming masterclass in Dublin aims to teach upcoming filmmakers everything from pre to post production to make a great short film. Feature Film School are taking bookings for this class now, with an exclusive discount available now to Film In Dublin readers.
Founded by film producer Matthew Toman (South), Feature Film School is run in conjunction with a film production company and uses current working screenwriters, producers, directors and cinematographers to train and develop emerging talent.
This weekend masterclass will be run by award winning director Megan K. Fox and producers Karen Twomey (Bankhouse Productions) and Sarah Barr ( Samson Films). This class, set to take place over October 27th -28th in Temple Bar, will cover all the practicalities and essentials for making a great short film.
Megan and Karen have just directed and produced The Shift this years winner of Film in Cork, which was just chosen to play as part of the ‘Best of Cork’ screening at The Cork Film Festival. Sarah Barr will be producing Barry Keoghan’s upcoming short film Nightwing. Students will leave this weekend class with templates, handouts and professional tips, setting them on the path of making their first short film.
The full price to sign up for this Masterclass is €200, but Film In Dublin readers can get a 20% discount by contacting Feature Film School now with the code ‘Film In Dublin’. We’re happy to do our small, small part in helping the next generation of Irish directors and sure, once your first short film is finished, why not contact us? You can sign up for this class here. 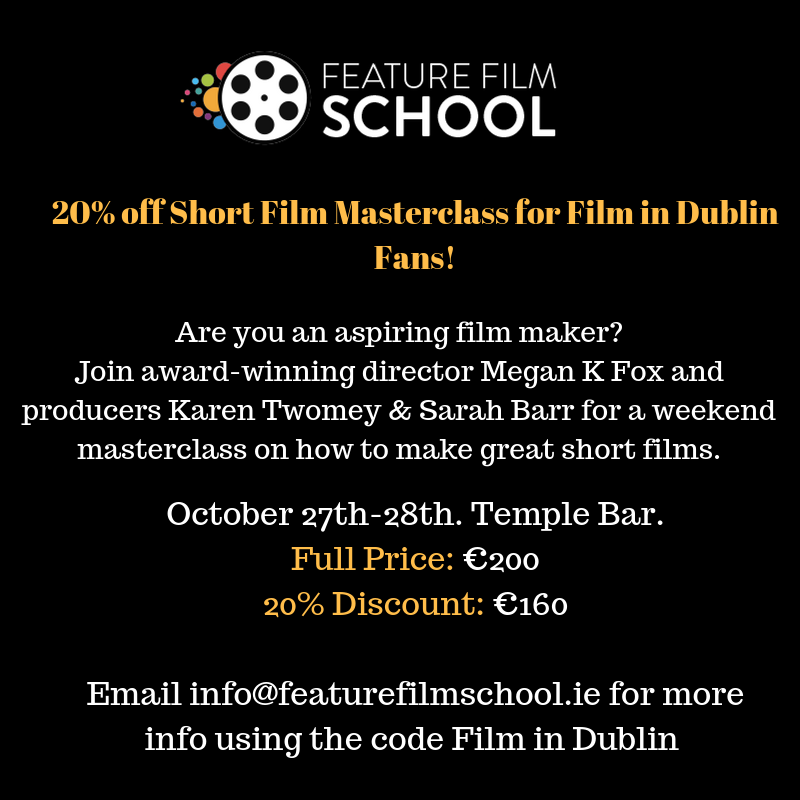