With a seemingly endless supply of big budget blockbusters, superhero flicks and glamorous award contenders on our screens, it can be hard to find the time for smaller, independent movies. Despite our endeavour to deliver you all things film, even we here at Film in Dublin have had some remarkable films fly under our radar throughout the past year. With this in mind, we have spent the holiday season looking back on this year’s greatest and most under-appreciated movies in an effort to prepare you for your annual office Oscar party. Now you can have bragging rights over the most obscure and brilliant films that your colleagues and friends may have missed in 2017! 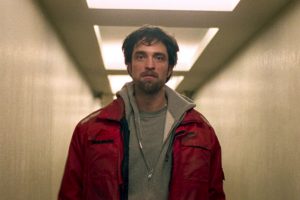 Very few films move with the same energy that Good Time does. After a failed bank robbery lands his mentally challenged younger brother in prison, Connie (Robert Pattinson) travels to some of New York’s darkest corners in a desperate and dangerous attempt to free his brother. Set over the course of one night, Good Time is a fast-paced, emotional and explosive cinematic experience. Every battered reel of film oozes with adrenaline as we watch an agitated Connie manipulate the world around him. As the story delves deeper into New York’s criminal underbelly, we begin to feel and smell the city through the screen as it becomes another character in Connie’s story of retribution and desperation. Although it can be hard to root for a character as crooked as Connie, Pattinson’s career-best performance reminds us of the humanity within and keeps us on the edge of our seats. Good Time’s unpredictable movement, marvellous performances, hectic location and pulsating soundtrack make for one of 2017’s greatest movies. The bigger the screen, the better for this one! 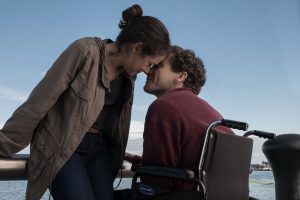 With a very short-lived run in cinemas, Stronger came and went far too fast to leave any significant mark on Irish film fans or, indeed, the box office. Based on the real-life story of Jeff Bauman, who lost his legs as a result of the 2013 Boston Marathon Bombings, Stronger explores Bauman’s path to recovery and the new life he (Jake Gyllenhaal) must live with his family and partner Erin (Tatiana Maslany). Inspirational ‘based on real-life’ biopics tend to follow a certain formula: our hero experiences adversity before facing his fears and changing his perception on life. While Stronger takes a similar journey, the movie foregoes any sense of melodrama you would find in Hollywood awards fodder and opts, instead, for honesty and sincerity. The truth behind Bauman’s story is that he believed it to be, for the most part, an absolute nightmare. By taking this point of view, Gyllenhaal and Maslany are able to deliver convincing and heart-wrenching performances in this simple, emotional and outstanding piece of cinema. This is a real tear-jerker. You have been warned… 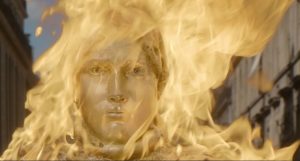 Nocturama slipped into relative obscurity this year with a very limited release across parts of Europe, despite it being arguably one of the most fascinating and suspenseful films of 2017. Set in modern-day Paris, the film follows a group of young people as they plan and carry out acts of terror on the Parisian streets. Soon after, the group hide out in an evacuated shopping mall where they watch the destruction they have caused from a height. Nocturama is a psychological thriller that offers as much suspense as it does insight. By following these characters, director Bertrand Bonello shows us how these vile and pathetic individuals attempt to create a materialistic world for themselves, devoid of the constraints of real life. Although their actions are drastic, their motives are weak and fuelled by their own delusions of grandeur. The movie’s tone and style unnerves and seduces in equal measure. As the camera prowls the walkways of Paris with the characters, the audience is placed beside them as they carry out and later consider the chaos they have left in their wake. Nocturama is a tense and stylish thriller that will have you pondering its lessons for weeks to come. 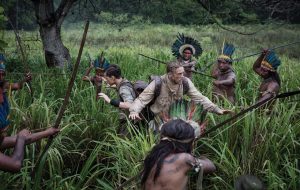 The Lost City Of Z

In March of 2017, director James Gray (We Own The Night, The Immigrant) brought us an adventure film similar to the classics that birthed the genre. Following the real-life tales of Percy Fawcett and his adventures to undiscovered lands across the globe, The Lost City of Z explores the adventurer’s fascination with a potentially undiscovered tribe in the Bolivian jungle. While his family await his return, Fawcett (Charlie Hunnam) must fight scrutiny from the scientific community as well as his own ambition to redeem his family’s name. The Lost City Of Z is a breathtaking film to behold. Set amongst the lush landscapes and boundless jungles of South America, the movie is able to capture beautiful imagery and deliver the perfect setting for Fawcett’s wondrous yet melancholic tale. As Fawcett explores the jungles of Bolivia, Gray uses the film to comment on the blessings and curses that ambition can bestow. As a man who has devoted his life to reinstating his family name to its former glory, Fawcett leaves his family behind as the jungle calls him back time after time. The film moves with a quiet confidence and elegant pacing that throws back to classics such as Aguirre, The Wrath of God. It is a far cry from some of the blockbuster adventure films that have graced our movie theatres in more recent times. However, The Lost City Of Z is, instead, something more profound, mysterious and beautiful. 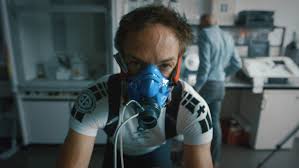 In late 2016, the documentary Icarus managed to make headlines across the globe even before it was released! After filmmaker Bryan Fogel set out to uncover the truth behind doping in world sport, a chance encounter with a Russian scientist by the name of Grigory Rodchenkov transformed his pet project into a real-life political thriller resulting in one of the biggest scandals in sports history being exposed to the world. Icarus hits all the notes that a documentary should: it is interesting, it is informative and it is suspenseful. Although news stations across the globe covered the story ad nauseam, this documentary had the benefit of being in the room as the story was unfolding and sitting beside the major players involved in the scandal. As such, the film offers first-hand insight into the story on everyone’s lips and the dangerous individuals involved. Through careful and clever editing, the filmmakers suck the audience in closely to the story and open their eyes to the criminal underbelly of professional sports. This is essential viewing for any and all sports fans. 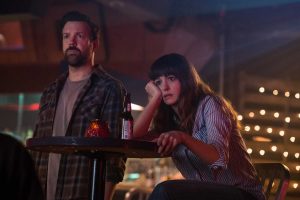 Colossal is one of those strange films that could lose its audience on paper, as it really does have to be seen to be believed! Anne Hathaway stars as Gloria, an unemployed alcoholic who, after being dumped by her successful boyfriend, retreats to her home town in rural America in search of a new life. When a giant monster suddenly appears in Seoul, South Korea, Gloria realises that she is somehow linked to the creature and sets about finding a way to stop the attacks before more people are hurt. Colossal is a hard film to explain for many reasons – one being the bonkers plot you just read above. This sci-fi/comedy/horror/action/romance is, without a doubt, one of the most unique and innovative films of 2017. With a genre hybrid like this one, it can be a difficult task to achieve a balance in tone – audiences may lean towards comedy in one scene, action-packed fights in another, science fiction in the next, etc. Yet writer/director Nacho Vigalondo pulls this off with aplomb to deliver a hilarious, action-packed and surprisingly heartfelt viewing experience, with exceptional performances from Hathaway and Jason Sudeikis to boot. This reviewer’s theory is that Colossal may be the best superhero film of the year….in its own, weird way… 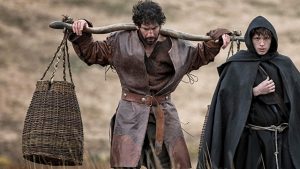 Shot almost entirely on the west coast of Ireland, director Brendan Muldowney’s ambitious Pilgrimage is a religious/historic epic told in 4 different languages – Irish, English, Latin and French. Set in 13th century Ireland, the movie follows a small group of monks tasked with escorting the church’s holiest relic to Rome. In doing so, they must travel across war-torn land, carved and mangled by invading Normans and rival clans, on a journey that is fraught with danger. You have to admire the risks that were taken in order to bring Pilgrimage to the screen. Not only does the film feature frequent use of old Gaelic and Latin, but Spiderman: Homecoming star Tom Holland is tasked with speaking most of it! For all the risks taken, however, there is indeed reward to be found. Muldowney’s film paints the battered coasts and trampled forests of 13th century Ireland with a sort of depressing beauty, as grey and blue hues tint the lens in every shot. In traditional ‘epic’ form, the movie is able to balance the violence and complexity of its story to deliver a fast-paced and thrilling action movie that still manages to explore greater themes to do with religion, devotion, invasion, etc. With all the risks it takes, it may not seem as if this is for everyone, but Pilgrimage manages to deliver better action, story and visuals than most of the blockbuster films that came out in 2017. It is well worth a watch!

The Killing Of A Sacred Deer

Perhaps the most well-known addition to our list, The Killing Of A Sacred Deer follows in the footsteps of director Yorgos Lanthimos’ previous hit The Lobster. Our story follows Steven (Colin Farrell), a successful cardiovascular surgeon, as he secretly befriends a strange but seemingly harmless teenager, Martin (Barry Keoghan). After Martin is introduced to the doctor’s wife and children, the teenager’s actions become sinister leaving Steven’s idyllic life in tatters as he is forced to make an unthinkable sacrifice. In true Lanthimos style, The Killing Of A Sacred Deer is a remarkably odd movie. While the film starts as a surreal black comedy, the story unwillingly leads us into darker and more unsettling territory as we are presented with a tale of revenge similar to those from Greek mythology. As the story unfolds, the film frequently relishes in keeping its audience on the back foot, unaware of the lengths to which it will go to keep you entertained. Although it isn’t the most digestible movie for audiences, The Killing Of A Sacred Deer will challenge, thrill and shock you in equal measure. This venomously funny, dangerously sharp and oddly charming psychological thriller made for one of the best viewing experiences 2017 had to offer!

Make sure to read up on some of the other great films 2017 had to offer right here at Film in Dublin.