The Rehearsal follows an exclusive, kind of pretentious, acting school for young adults in New Zealand. This runs parallel to the story of a teenage tennis star who sleeps with her Coach, causing a scandal that ripples through the local community. I Blodet (In the Blood) follows a group of four Danish students, trying to navigate through adult life. Both of these films slot into Male Melodrama, and in both the main protagonists start off as Toxic Men. Do they manage to redeem themselves?

Kerry Fox prefaced The Rehearsal with an anecdote, telling us that she offended Alison Maclean by telling her that she had taken all the shit out of the script. With this being Maclean’s baby, she wasn’t impressed. Kerry quipped “It’s not exactly brain surgery, is it” and finally told us to enjoy the film, assuring us “I don’t think it’s shit”. This irreverence makes it into The Rehearsal but at times the film comes across as glib.

I went into this film pretty much blind, but even if I had read ADIFF’s programme I don’t think it would have prepared me. According to the programme, The Rehearsal follows:

“Stanley, a naïve first year drama student meets Isolde and begins a sweet, first love affair. Goaded by Hannah, the charismatic, domineering Head of Acting, Stanley uncovers a talent and ambition he didn’t know he had. When his group hits on a sex scandal that involves Isolde’s tennis prodigy sister as fertile material for their end of year show, Stanley finds himself profoundly torn.”

This description is grossly inaccurate. The Rehearsal is actually a lot more “Lolita in the suburbs”, as Thomasin’s statutory rape is called in-text… When Head of Acting Hannah first addresses the latest acting year, she says “Many of you will have spent your lives being admired and praised – we’re sorry”. This gives the impression that their privilege will be checked and challenged, but this isn’t the case. She warns them that time at the school has notoriously been the “physical and emotional undoing” of many students. And then William kills himself by purposefully crashing his car. This is after Hannah pushed him into crying in class for not telling an intimate enough story because he chose to tell a funny anecdote about his dog stealing the easter chicken and his parents arguing about it. He recalls that his father got in his mother’s face and told her “You are a compulsive, neurotic woman”. Seems pretty intimate to me, as this monologue gives insight into all of his class-clown behaviour.

Stanley meets Isolde on a bus and they get talking. He later bumps into her during an acting exercise and decides to hang out with her instead. What follows is not a “sweet, first love affair” but an exploitative, illegal relationship in which Stanley has all power. This is a strange parallel to run next to Thomasin’s exploitation by her tennis coach. Is the film trying to draw a connection between high-achieving and exploitation? If so, this is unclear. At face value, it seems as though “Everyone is just gonna have their shake of the pitchfork” and then everything will be just fine.

William is the only one who seems “profoundly torn” using the controversy around Thomasin’s statutory rape as fodder for their group performance. He asks Stanley several times “When are you gonna tell your girlfriend?” The fact that Stanley does tell her in the end does not redeem him as a character in my eyes. He doesn’t sacrifice anything, what they end up with is a better, more creative final piece anyway. 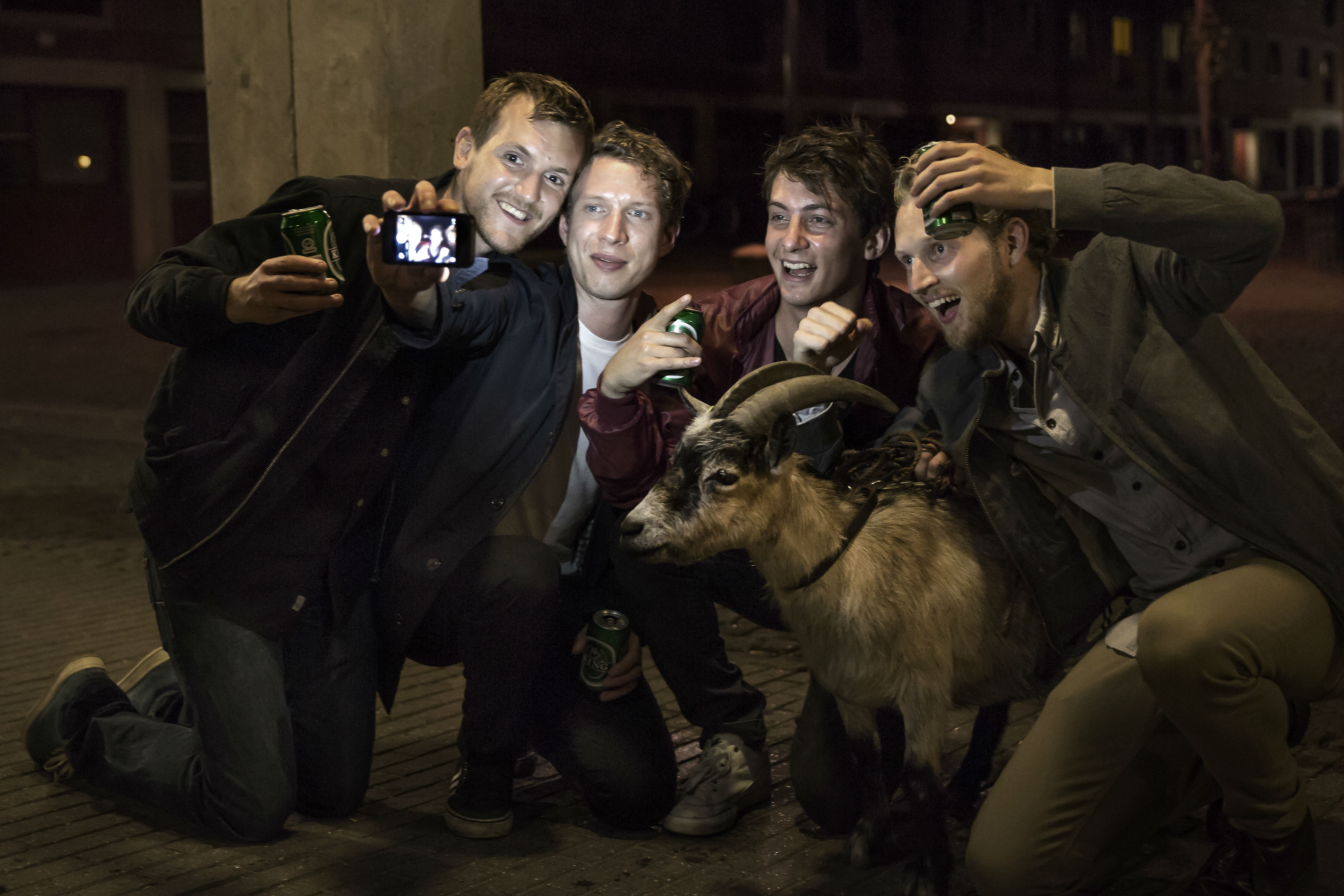 I Blodet follows four young Danish men who live together. Everything is about to change and Simon can’t handle it. He spirals, and takes his friends down with him.

His friend Knud is his better half. Throughout the film he tries to make Simon a better person. For example when his girlfriend suddenly leaves him, he insists that “I have to respect that she doesn’t want to be with me” when the group are advising him on what he should do.

When Simon goes home with a girl he can’t seem to stop talking about, Knud prompts; “You’re gonna see her again, aren’t you?”

But Simon ignores most of his friend’s advice and continues on his path of destruction.  It’s a complex situation; yes Knud questions Simon’s actions, but he does go along with them. Knud happily gives out the surgical spirit Simon has stolen to girls in nightclubs and at the music festival. And when Simon assaults a guard to gatecrash Roskilde Festival, Knud shouts “You don’t go around punching people!”, but he still continues to gatecrash because he wants to get in just as much as Simon does.

I Blodet is sparse in terms of plot, but the character-driven story works and the cinematography is beautiful. The opening of the film where the quiet lake retreat is laid over with silent imagery from Roskilde festival is stunning.

While Stanley comes clean to Isolde’s family and decides to have his group change their performance piece last minute, he doesn’t really face any consequences. The performance piece they come up with is miles better than what they had planned, and unlike the tennis coach who faces a ruined reputation, a possible divorce and damage to his career, Stanley seemingly got out early enough to avoid similar. This is a strange choice for The Rehearsal to make considering that the film made explicit both the fact that Isolde was under the age of consent and the fact that her and Stanley had sex. The film even makes it clear that he has kept pictures of her, which would be considered child pornography.

The consequences are heavier for Simon. While his friendship with Knud seems on the mend by the close of the film, he has still been kicked out of university and it is unclear what his future holds. But he has gotten away with stealing a goat, assaulting a guard, breaking into a music festival, sleeping with his best friend’s girlfriend.

And it bears noting that in The Rehearsal and I Blodet, it is entirely Stanley and Simon’s choice whether they want to face up to consequences or not.